Can Turkey-US relations get back on track? 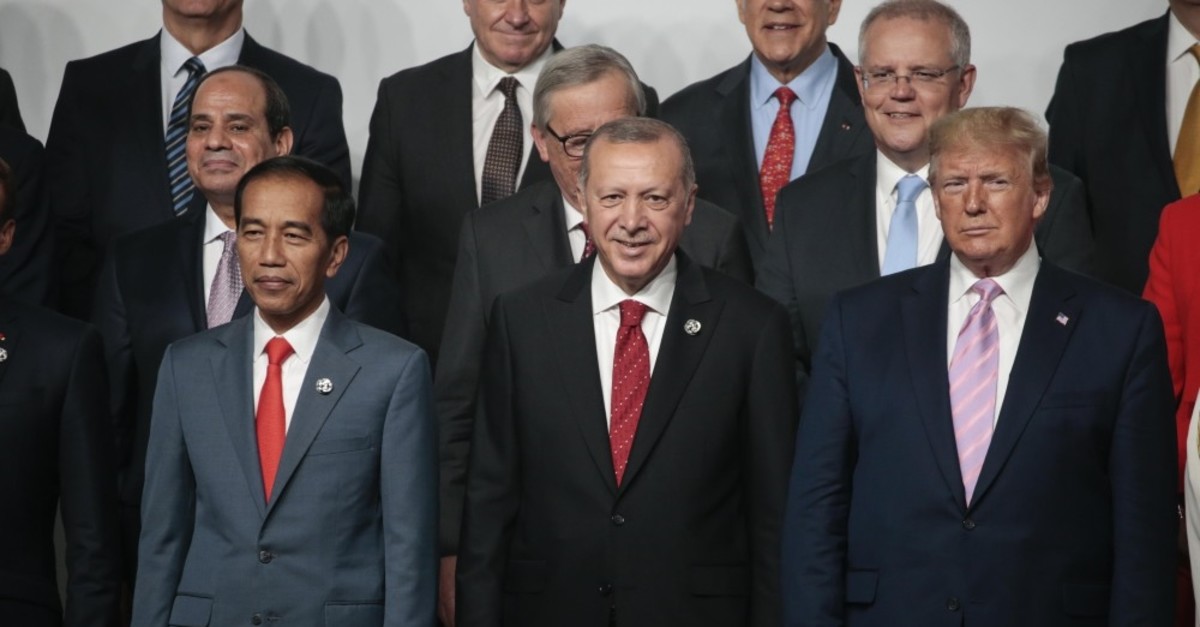 World leaders gathered in Osaka this week for the G20 summit. The summit will witness important side meetings between different heads of states on matters related to critical areas. One of those critical meetings will take place between President Recep Tayyip Erdoğan and U.S. President Donald Trump. Given the looming crisis in the relations between the two countries, various unresolved issues in bilateral relations will be discussed in this meeting.

Without doubt, the S-400 issue will be on the top of the agenda for the two leaders and the readout of the meeting will be closely followed by the international community. In every summit between the two presidents, both leaders have underlined strategic partnership and expressed the willingness to strengthen and diversify ties that hold relations together. But so far, the Turkish side has not seen much action beyond rhetoric around this. The U.S. administration wants to pursue the continuation of strategic ties between the two countries but needs to do more than express niceties, including taking the necessary measures to prevent damage to the strategic partnership.

Since the emergence of this issue as a source of tension between the two countries during calls and face-to-face meetings of the leaders, both have expressed willingness to resolve challenges in relations.

It was widely reported that during one of the first conversations, President Trump demonstrated interest in Turkey's opposition on the U.S. support for the People's Protection Units (YPG). Although Turkey was disappointed multiple times due to the unfulfilled promises of the Barack Obama administration, there was still a certain degree of cautious optimism due to the change in administration.

However, there was no outcome in this conversation. Later, following Trump's decision to withdraw U.S. forces from Syria, there was a sense on the Turkish side that this could bring a period of coordination and cooperation between the two sides in Syria.

One of the most critical divergences between the two allies has been in their approach to the conflict in Syria. However, with the withdrawal decision by President Trump, in the midst of many different issues that challenged relations, many argued that Syria could be a bright spot in relations.

However, one again the decision to withdraw forces from Syria was postponed. The chance of coordination between U.S. and Turkish policies vanished. This time Trump tweeted about the possibility of a safe zone for Turkey.

This time around another U.S. president was suggesting that such a possibility could be an option. Turkey welcomed the decision. Negotiations regarding the formation of a safe zone are still going on between the relevant parties. However, as the negotiations take longer, there are more question marks appearing for the Turkish public.

If the agreements fail to bring a serious outcome, the safe zone debate instead of being a potential confidence-building measure will turn into a serious crisis. While there is no progress in the different areas of crisis, the Turkish public has started to witness letters, draft resolutions and legislation targeting Turkey in the U.S. Congress.

Threatening sanctions against Turkey and attempting to exclude Turkey from the F-35 project will be the worst step to take at this point. During this historic summit, the ball is in the U.S.' court. If some within the U.S. administration try to "discipline" an ally by adopting sanctions, then those actors will be responsible for the downfall of bilateral relations; but it will be U.S. foreign policy that will face the negative outcomes of such a decision. At this critical juncture it is up to Trump to put U.S. foreign policy with Turkey back on track. It will be more than stating the significance of the strategic partnership but rather acting on it.