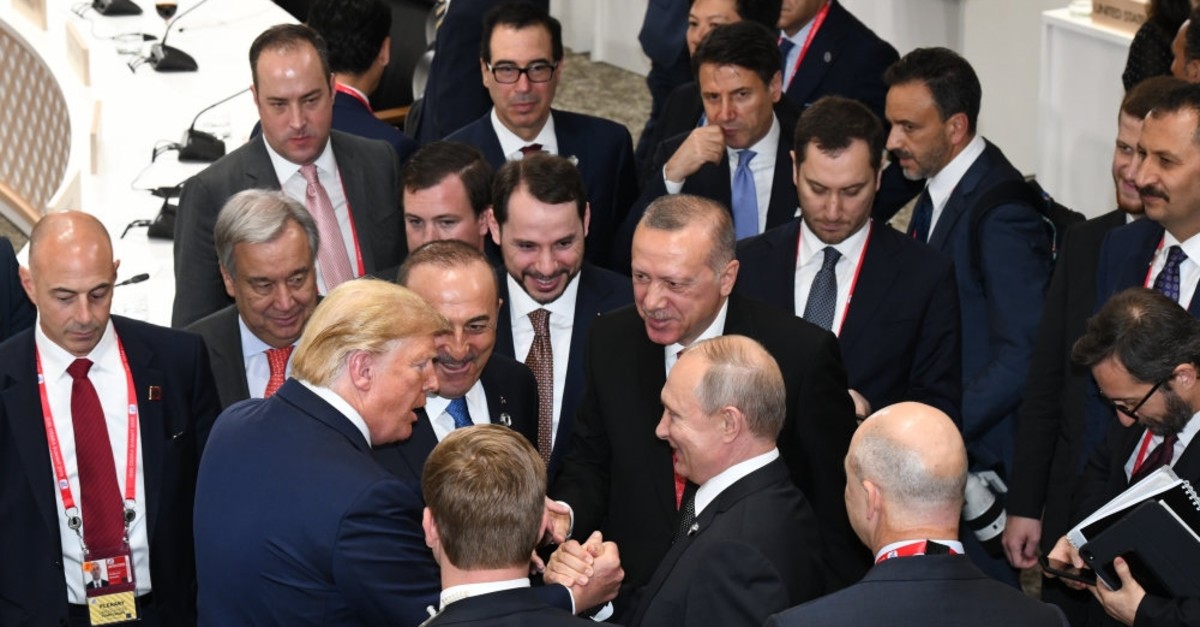 Since the beginning of the S-400 crisis between Turkey and the U.S., many have focused on the state of relations between the two countries and the potential impact of this issue on the future of bilateral ties. However, this tension is closely followed by other countries around the world as well, although for different reasons.

The threats of sanctions by the U.S. against Turkey are being closely watched by U.S. allies in different parts of the world. The fact that the U.S. can risk its decades-long relations with an ally and the fact that mutual trust between two allies can be harmed by the constant flow of statements from different agencies of the government has made U.S. allies concerned about the future of their ties with the U.S.

Considering the difficulty of establishing and maintaining an alliance in a rapidly changing international system, and the uncertainty and unpredictability that such transformation brings to the system, the state of U.S.-Turkish relations has brought a lot of new questions into the future of state-to-state relations with the U.S.

One of the regions that started to deal with these questions is Europe. In the Cold War years, trans-Atlantic relations and the alliance that was built between the U.S. and other NATO members was one of the linchpins of international order.

However, for the last several decades, there are increasing challenges for this trans-Atlantic alliance. The developments in Turkish-American relations in recent years and the attitude of U.S. foreign policymakers have got a place in the list of challenges.

At a roundtable discussion organized by the International Affairs and Foreign Policy Institute (INCIPE) and the Director of Communications of the Turkish Presidency, as part of the Turkey talks programs, Turkish and Spanish experts discussed the emergence of this uncertainty and ways to tackle them.

According to this poll, in the answer to the question "in making international policy decisions, to what extent do you think the U.S. takes the interests of your country into account?" Some 90 percent of the respondents from Spain answered either "not too much" or "not at all."

When we compare it to the recent polls in Turkey on foreign policy and how the Turkish public has become skeptical about U.S. foreign policy it demonstrates a parallel trend with the Spanish public.

The panel on Thursday demonstrated a similar level of parallelism among the opinions of scholars and policy elites on some critical issues. The confusion about U.S. foreign policy seems all over and seems to have become a constant in the approaches of these elites to the U.S.

Similarly, there is a call among the scholars of the two countries for more intensive dialogue between Turkey and the EU on the future of the trans-Atlantic alliance. As a country that supports Turkey's EU membership and that co-chairs the Alliance of Civilizations Initiative with Turkey, Spain shares Turkey's emphasis on the necessity of strong ties on both sides of the Atlantic. The scholars and foreign policy elites taking part in the panel underlined the significance of taking action to make this goal come true.

While emphasizing the lack of U.S. leadership and potential implications of this on the future of the trans-Atlantic alliance, both the Turkish and Spanish experts mentioned that it may be time for the European Union and Turkey to take the lead to frame a mechanism to strengthen the alliance and move forward with it.

Considering the different challenges that the region is facing, including terrorism, the Ukrainian crisis, the Syrian civil war and tension in the Eastern Mediterranean, the joint efforts of Turkey and the EU may play a more prominent role in helping guide the trans-Atlantic alliance to navigate this crisis-ridden period.

This is critical not only for the trans-Atlantic alliance but also for the future of the project of European integration. This effort can become the backbone of a new order in the region.

Another important outcome of this discussion was the necessity to continue this conversation among experts. These open and frank conversations constitute a transnational brainstorming effort by experts and demonstrate the similarity of viewpoints on both sides.

They also pave the way for finding innovative ideas that may contribute to the resolution of disputes and eradicating differences between countries. The diversity of the issues and interests in these meetings also shows that there should be an effort to increase the number of such meetings in the future.