Washington-Beijing affairs: All about the economy 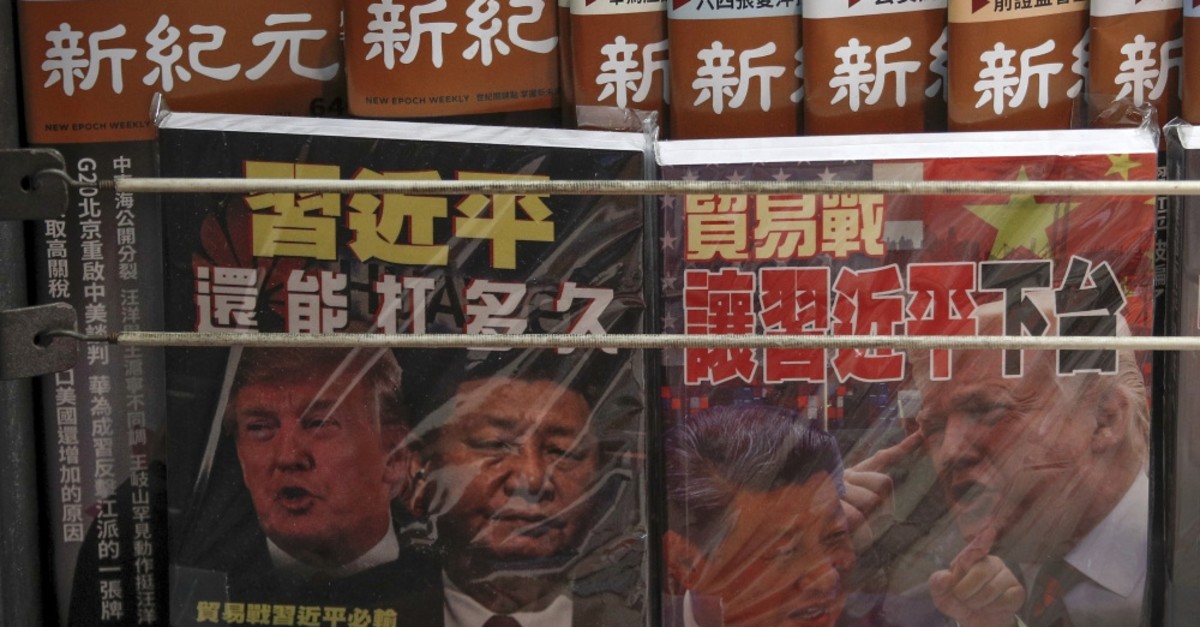 In the last few years, the use of "trade wars" has become increasingly common in international relations. Once considered a rather marginal concept, after the beginning of the tenure of President Donald Trump it has been constantly utilized in describing one of the tenets of U.S. relations with China.

The adoption of tariffs on Chinese exports to the U.S. and China's retaliation in the last two years have made trade disputes a more significant part of the equation between the two countries. Especially after last week's escalation in trade disputes, it has become almost impossible to talk about relations between the two countries without an emphasis on the trade wars.

For many observers of U.S.-China bilateral relations, this form of escalation has been unexpected. Given the increasing interdependence in economic relations, these observers were expecting a resolution of existing problems through dialogue and negotiations.

In fact, despite his hawkish attitude and rhetoric against China during his campaign process, not many people were expecting such a rapid escalation in China-U.S. relations from President Trump.

His statements on China were considered as part of routine politics in order to lure votes of Americans who felt the pressure and consequences of outsourced jobs to China.

Previously, presidential candidates and even presidents made similar statements about China; however, after elections, things did not change much. Even President Barack Obama's "Pivot to Asia" did not entail policies that would target the economic relations between the two countries.

This similar line of policy was expected when Donald Trump won the 2016 presidential elections. Just like in the previous administration, issues such as the dispute in the South China Sea were thought to be the biggest rift in bilateral relations. The U.S. had declared this area and particularly the maritime delimitation disputes along the Spratly Islands as a matter of national interest during the Obama administration. Following a phone call with the leader of Taiwan, which sparked protest by Beijing, President Trump also mentioned the significance of the South China Sea dispute in his tweets.

Although many have expected a similar form of geopolitical tension between the two countries, while they continue to exist, the geo-economics and economic disputes have prevailed in this new period as the primary source of crisis between China and the U.S.

After adopting the 25% tariffs on products worth hundreds of billions of dollars, President Trump last week announced that there will be an additional 10% tariffs on $300 billion worth of goods coming from China to the U.S.

In his tweets, President Trump stated that "our representatives have just returned fro

m China where they had constructive talks having to do with a future trade deal. We thought we had a deal with China three months ago, but sadly, China decided to renegotiate the deal prior to signing. More recently, China agreed to buy agricultural product from the U.S. in large quantities, but did not do so. Additionally, my friend President Xi [of China] said that he would stop the sale of Fentanyl to the United States — this never happened, and many Americans continue to die! Trade talks are continuing, and during the talks the U.S. will start, on Sept. 1, putting a small additional tariff of 10% on the remaining $300 billion of goods and products coming from China into our country. This does not include the $250 billion already tariffed at 25%."

Even though President Trump mentioned the continuation of the positive dialogue between the two countries, referring the talks underway on trade, he did not hide his frustration about the lack of progress.

In fact, his emphasis on the continuation of the dialogue did not change much. The escalation continued with the retaliation of China and the declaration of China as currency manipulators by the U.S.

For most observers, this last set of escalations demonstrated that relations have entered a period of no return. Not many people are expecting a militarization of this tension; however, many are foreseeing the continuation of trade-related escalations in the future.

The economic dimension of the relationship will potentially become the most significant and dynamic aspect of bilateral ties. Although some reports this week argued that the Chinese side may prefer to wait until the 2020 presidential elections to restart negotiations, the economic dimension of the crisis in relations may not diminish even if there is a new administration following the 2020 elections.

It has come to a point that it is really hard for any administration in Washington to take a step back on this issue. In fact, even if there is an agreement during the Trump presidency, we may continue to see disputes stemming from economic problems. Trade wars and competition for more economic power will continue to define relations between the two countries in the next decade.