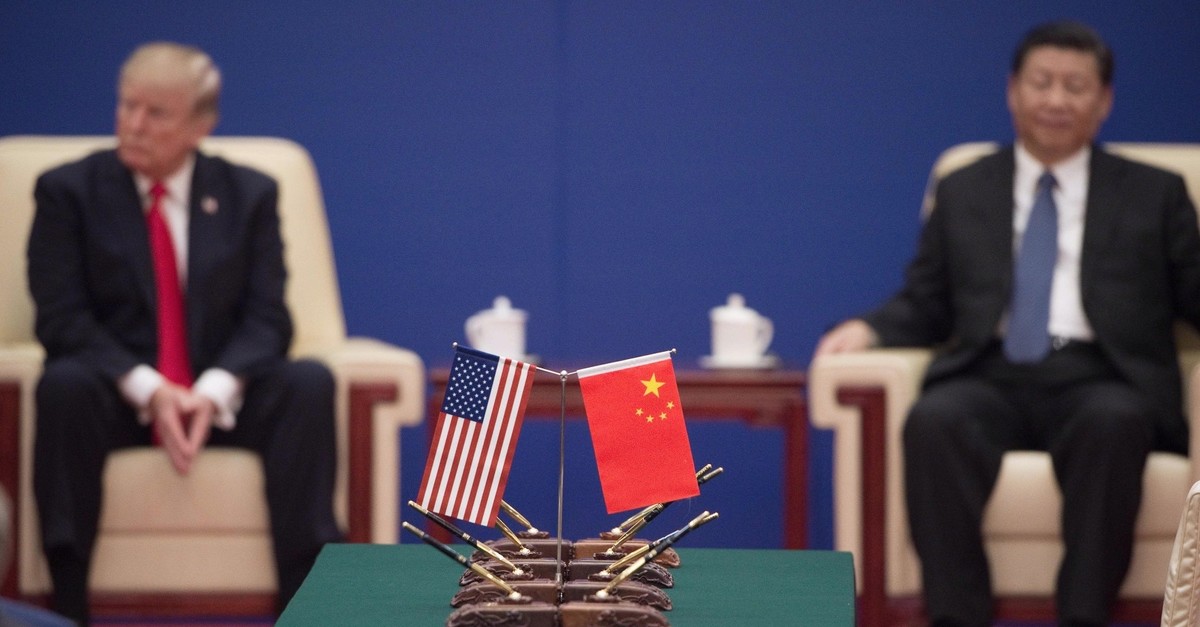 The complicated trade war between the U.S. and China poses a danger for the entire global economic order, causing ripples across the whole international system

The trade war between the U.S. and China was the topic in this column two weeks ago. Despite the postponement of tariffs for $300 billion worth of commodities, optimism must be cautious.

Competition and disputes between the U.S. and China in various areas are hard to resolve given changes in the balance of power between the two countries. Soon after the U.S. announcement, China announced its own retaliatory steps, and authorities in Beijing said that China would impose tariffs on $75 billion worth of American imports.

U.S. President Donald Trump's reaction to this Chinese step demonstrated the determination of his administration to take this issue all the way to the end. Trump, in a series of tweets, accused Chinese authorities of being unwilling to reach an agreement with the U.S. and announced additional steps that he will take against China.

First, in his tweets he said the issue is more than the trade deficit that the U.S. experiences in trade relations with China. President Trump added "intellectual property theft and much more" as issues to be dealt with. Second, as he has been doing since beginning of his campaign, Trump criticizes the previous administration for "negligence" in its dealings with China, costing the U.S. billions of dollars because of the constantly rising trade deficit with China. Third, Trump plans to use his tariff weapon one more time against China: "Starting Oct. 1, the $250 billion of goods and products from China, currently being taxed at 25%, will be taxed at 30%. Additionally, the remaining $300 billion of goods and products from China, that was being taxed from Sept. 1 at 10%, will now be taxed at 15%."

Escalating fears among many rose after these actions, while China published a statement calling the U.S. actions "unilateral and bullying trade practices" and warned the U.S. of more retaliatory strikes.

It will be hard for the two countries to reach a deal despite intense negotiations and large business groups that support the resolution of the disputes between the two countries that might endanger already concerned markets in the international system.

What makes the situation more complicated is the existence of various disputes between the two countries. So far, the countries have resisted any links between trade disputes and other issues pertaining to their bilateral ties; however, the presence of these issues risks further deterioration in bilateral relations.

In the last few weeks, developments in regards to arms sales to Taiwan and some accusations against the U.S. from China because of the protests in Hong Kong demonstrate the possibility of increasing the number of minefields in relations.

Considering the presence of issues like the South China Sea dispute and the difficulty of resolving them, this increase in the number of areas can generate a rather complicated picture for the future of bilateral relations.

At a certain point, it is possible to see linkages between these issue areas that may lead to further intractability in existing problems. This situation will also influence the state of the international system and superpower alignments in coming years.

International markets have already been impacted by the ups and downs between the two biggest economies in the world. Today, there is every reason to believe that the rather complicated competition and disputes between the two giant, interdependent economies will be the most important determinants of the future international system. Every country will more or less become susceptible to the state of their relations.