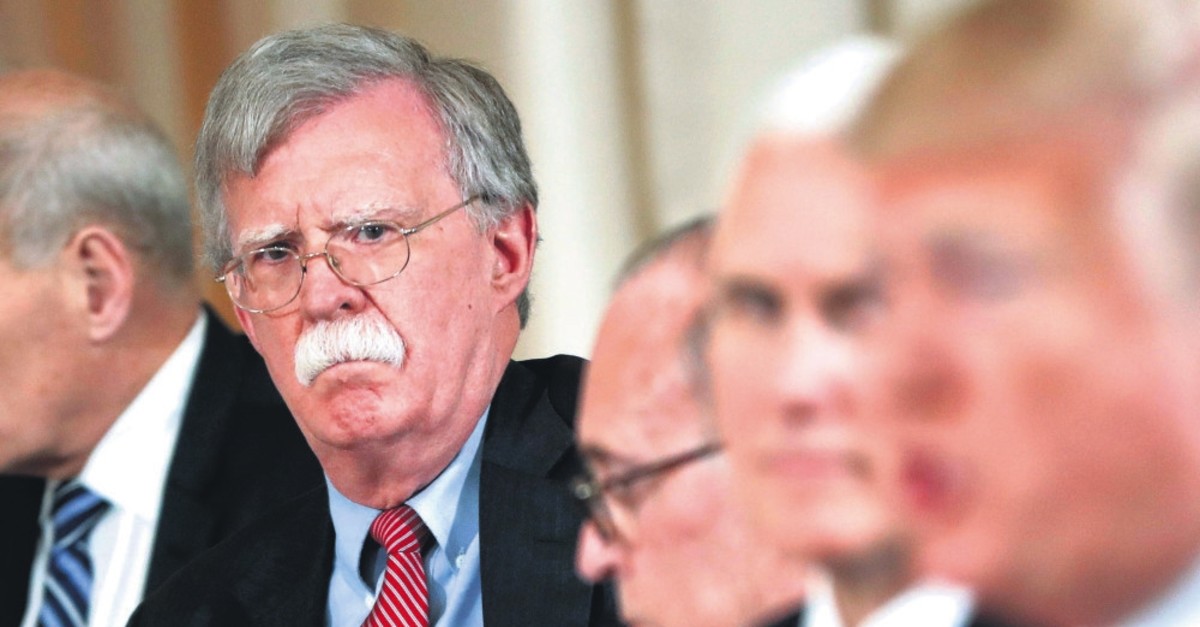 To save himself from more criticism over the increasing number of 'unappointed positions' in Washington, President Trump has been rushing to find a man for the foreign and national security desk since John Bolton's ‘sudden' departure

The departure of National Security Adviser John Bolton from President Donald Trump's administration last week only increased the number of questions regarding the future trajectory of U.S. foreign policy.

It is still not clear how it all happened, whether he submitted his resignation or President Trump fired him, but there were clear signs of a disagreement between the president and his national security adviser regarding critical issues, including North Korea, Afghanistan and Iran.

This is not the first time Trump has made a statement of discontent following the departure of a senior official in his administration. The rapid circulation of personnel in key positions in the administration has been a recurring problem for the Trump administration from its very beginning.

So far, three national security advisers have lost their positions, and in the last three years there were changes in both the secretary of state and secretary of defense positions as well. Many have interpreted these changes as contributing factors for the existing unpredictability in the foreign policy of the country.

Differences in style and policy of these new appointees have generated serious challenges for following and understanding U.S. foreign policy. U.S. allies have had a hard time adapting their foreign policies given these rapid changes. In this context, the departure of the national security adviser added a new layer of uncertainty for those who want to project a superpower strategy. There are two different scenarios in the coming period for U.S. foreign policy after this sudden change in the administration.

It is likely that President Trump will appoint a loyalist for this position who can streamline implementation of decisions given by the president instead of an opinion maker that may try to influence the president's decision-making.

If Trump appoints a less hawkish and more adaptable person to the position in the coming days, it would demonstrate that the president would try to walk the talk and implement his ideas.

Since the beginning of his tenure, President Trump has indicated that he wants to make changes on some significant foreign policy issues. Especially in reaching a deal in Iran and Afghanistan, Trump is attempting to get rid of all potential barriers in his way.

Considering his confidence and assertiveness in reaching good deals in the business sector, such deals would be his signature achievements in the foreign policy realm. This would be also extremely important for him before the presidential election next year.

He wants to show that he is better equipped and more skilled to pursue U.S. national interests than any other candidate in the elections, especially Joe Biden, who is leading in the polls as the Democratic Party front-runner in the primaries and who supported the Iran nuclear deal.

Given different domestic policy debates and controversies, these foreign policy achievements will be his main assets in the elections.

Although it does not seem likely at this point, if there is another hawkish appointment as security adviser, we will see the continuation of maximum pressure campaigns for these U.S. adversaries in the coming year.

The main goal will be to pressure these countries to make concessions even before negotiations start with the U.S. It would definitely lead to some tension in international affairs.

To avoid criticism of another unappointed position in foreign and national security policy, President Trump will try to appoint someone as soon as possible, and the nature of this appointment will be the key to determining the coming year in U.S. foreign policy.