This is a CIA operation? 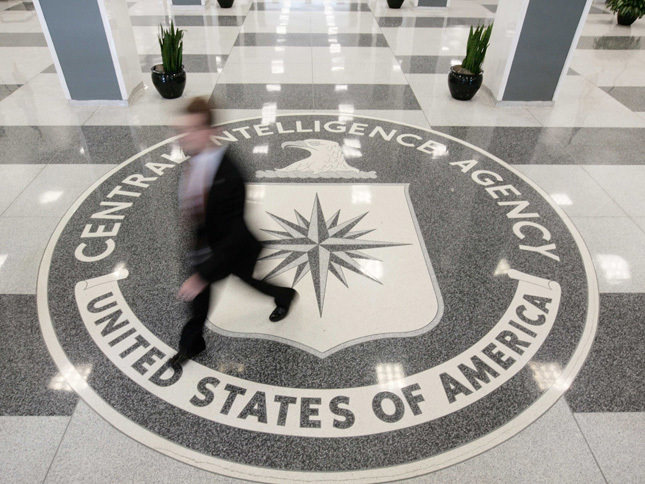 Why after 12 years has the alliance between the Ak Party and Gülen Movement broken suddenly and turned into a harsh quarrel? The answer would not only be the 'operations'

It is now quite obvious that the Gülen Movement is behind the operations and attacks on Prime Minister Erdoğan's government that began on Dec. 17.

What is less obvious is the background of this feud. Why have the AK Party government and the Gülen Movement, who for 12 years acted in unison targeting the same audience, suddenly, begun quarreling with each other? It is a quarrel in which anything goes.

Explaining this rough situation as a mere sensitivity towards corruption is not a credible argument for most people because it goes far beyond that. The current situation threatens not only the government, but the state as well.

For instance, the leaking of the prime minister's wiretappings, the successive truck operations in Adana and the insistence on Turkey's connections to al-Qaeda are all instances that have surfaced within the last two months. However, since 2010 there have been domestic obstructions, such as the Oslo process, KCK case, Feb. 7 National Intelligence Organization (MİT) operations, and international obstructions such as the campaigns by American and Israeli neocons to render Prime Minister Erdoğan a dictator.

What were all these things about, and what was lying in the background?

Much has been said on the subject, but U.S. based Sibel Edmond's assertions are quite interesting. Edmonds is an unusual person who hit the headlines with her testimonies after the Sep. 11 attacks. She testified before the Sep. 11 commission in Congress and was interviewed on well known "60 minutes". Edmonds, who presents herself as Turkish-American, is a Persian Azeri. She went to the U.S. in 1988 to study criminal law and psychology at George Washington University. Five days after the Sep. 11 attacks, she was employed by the FBI as a Turkish-Azeri-Persian translator, which launched her name.

According to Edmonds, the FBI was informed in April 2001 that Osama Bin Laden was going to attack four to five American cities with airplanes but failed to inform relevant government departments.

Edmonds noticed this and informed her superiors, but nothing was done about it. She subsequently went public with the story. Edmonds has also presented an interesting series of analyses about the Gülen Movement. In her last analysis, she evaluated Turkey's situation as a CIA operation and said the following: "Gülen is only a symbol. What is truly relevant is the power behind the symbol, the CIA, or rather, the U.S. gun industry. What the CIA wants to do is gain complete control of the country in question and administers its domestic and international affairs. The CIA added Gülen to the game in 1997, brought him to the U.S. and 'coincidentally' placed him in a house close to the CIA headquarters."

According to Edmonds, the reasons behind the quarrel between the Gülen Movement and Erdoğan's government can be summarized as follows: "Erdoğan had changed, and had acquired an extreme level of self-confidence. His self-confidence is only one example, however. Another example is Erdoğan's harsh position towards Israel, and the creation of an appearance of influence." Subsequently, a campaign towards Erdoğan was initiated whereby the actual plan was to overthrow the AK Party government.

Whether or not the plan is successful, Edmonds is confident that the Turkish people will maintain a critical eye on political developments. "Turkey is entirely different from Egypt or Libya, as they have completely different dynamics. Turks possess a high level of awareness, and the two-party system, designed for idiots, would never work in Turkey. We are talking about a large mass that has a high level of consciousness. It is really difficult to execute such plans in a country with educated and reasonable people. The Turkish people should continue keeping their eyes open."