A miraculous project for Cyprus 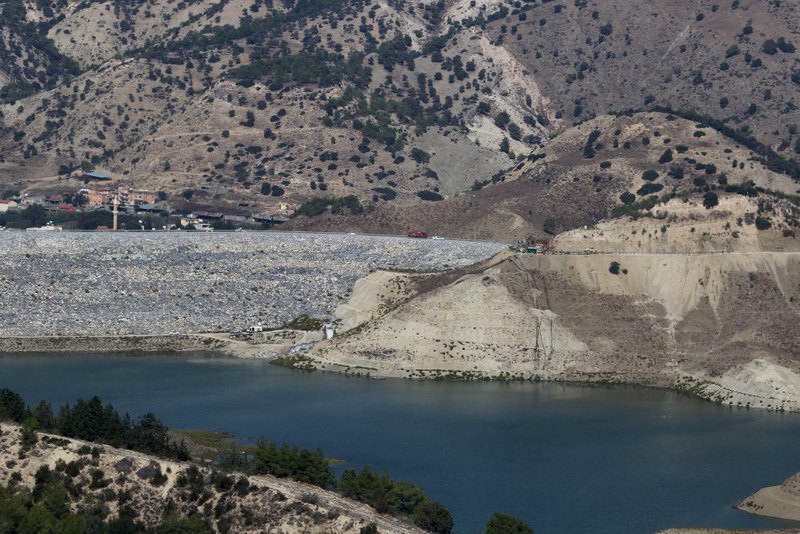 A view of a reservoir in Myrtoy that will receive fresh water from Turkey via a water pipeline project linking Turkey to North Cyprus.
by Mahmut Övür Oct 20, 2015 12:00 am

With the inauguration of the water pipeline project linking Turkey to North Cyprus, Turkey has found a solution for the frequent droughts in Cyprus through transporting some 75 million cubic meters of water via the pipeline

Turkey has witnessed the realization of many dreams in recent years. This time, however, it has realized a project that can be considered a dream in the strictest sense of the word.

This project is a first not only in Turkey but in the world. Therefore, it already deserves to be named Project of the Century. A total of 75 million cubic meters of water will be transferred annually from Turkey to Turkish Cyprus through a 107-kilometer pipeline, including an 80-kilometer hanging undersea pipeline that was constructed by linking 500-meter pipes at a depth of 250 meters under the surface of the sea. Half of the water will be used for drinking and the other half will be used for irrigation. What is it other than a miracle to imagine, develop, design and realize such a project?

Turkey's rulers, business community, state bureaucrats and engineers have made history by realizing such projects. Speaking at the ceremony, which was held for the first transfer of water from Turkey to the Geçitköy Dam on the island, Erdoğan touched on the historic and technical importance of the project, but he also drew attention to a different aspect of it, saying: "A dream has come true here. Not only Turkish Cypriots, but also [the people of Greek] Cyprus can benefit from this dream. They can call this peace water if they wish; we can give it to the south as well."

It is no secret that Erdoğan has taken interest in this project since he was the mayor of Istanbul and is the real architect of it. Everyone who delivered speeches at the inauguration touched on this reality. The most applauded statements were the following ones made by Akıncı who said: "Give the devil his due. Mr. Erdoğan is the architect of this project. This project started by dreaming. This project paves the way for the establishment of new relations with EU countries. Today is a milestone. History will record it in this way."

When I heard of these words, I remembered previous statements I wrote during the installation of the last pipes on Aug. 7. I said: "This step is Turkey's humanitarian response to prejudices, rising perception manipulations, plots and threats."

Despite recent terrorist attacks and global schemes planned through Syria, Turkey maintains its humanitarian stance by opening its doors to some 2 million Syrian refugees on the one hand, and by transferring water to Turkish Cyprus for the good of both Turkish and Greek Cypriots on the other. It makes history with humanitarian projects such as this peace water and the reconciliation process.Political will has a large part in realizing such projects that are considered milestones. Certainly the staff that realizes them is also very important. State Hydraulic Works employees, the contractor company, technology-generating engineers and construction workers have all contributed efforts to the project.

Orhan Cemal Kalyoncu, the CEO of the contractor company Kalyon İnşaat, explained what kind of a consequence these joint efforts created, saying: "President Recep Tayyip Erdoğan is the architect of this project. A great result has emerged when his guidance was coupled with the efforts of Turkish engineers and businessmen. We have developed new technology with this project. As such, we have taken part in the world literature as a first in this field."
Last Update: Oct 20, 2015 2:06 am
RELATED TOPICS