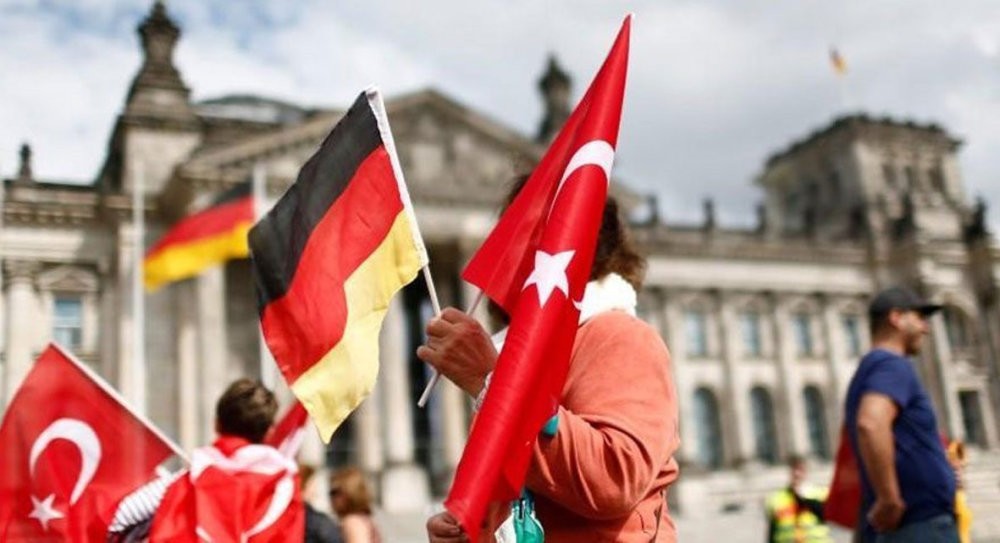 Demonstrator hold Turkish and German flags in front of the Reichstag, the seat of the lower house of parliament in Berlin while protesting against a vote in parliament that recognize the Armenian incidents as u201cgenocideu201d, June 1, 2016.
by Mahmut Övür Aug 24, 2017 12:00 am

While Germany insults Turkey, its people and its president, it is sad to see a Turkish opposition party staying silent and even backing Germany

The German media is even worse… In German newspapers, magazines and TV programs, there is increasing anti-Turkey and anti-Erdoğan propaganda based on fake news. Although each have different political perspectives, how could they unite against Turkey? Is it really because of Turkey's mistakes, the lack of democracy or is there something bigger, such as Germany's regional and global interests?

Meanwhile, unfortunately, there are also some opposition parties in Turkey that cannot see this ongoing reality in Germany, which naturally strengthens German political actors' hands in their anti-Turkey stance.

This statement is too far for a German leader while making statements on Turkish domestic politics, which is indeed no business of hers. Merkel is acting as if she were the chancellor of an imperial country interfering in other countries' internal policies.

Today, Germany wants to drive Turkey into a corner economically. By the way, if a possible economic breakdown appeared in Turkey, how it would benefit their opposition friends is of course another question that must be asked to Merkel. German Foreign Minister Sigmar Gabriel said in a statement to the BBC, the effects of the federal government toughening its stance against Turkey and applying pressure on the Turkish economy have been observed. What a ridiculous statement…

What a coincidence that this was said at the same time as Republican People's Party (CHP) Chairman Kemal Kılıçdaroğlu's speech to Focus magazine, saying "safety of life and property are under threat in Turkey," not to mention the similarity between his statements and those by the German foreign minister.

While Germany insults Turkey, its people and its presidents, it is sad to see a Turkish opposition party staying silent and even backing Germany. Indeed, we, as Turkish people, are used to seeing the Gülenist Terror Group (FETÖ) and the outlawed PKK members being sheltered in Germany, who are happy to increase anti-Turkish sentiment in Berlin, but senior CHP figures backing Germany is an unacceptable situation.