The realities behind the Hakan Atilla case 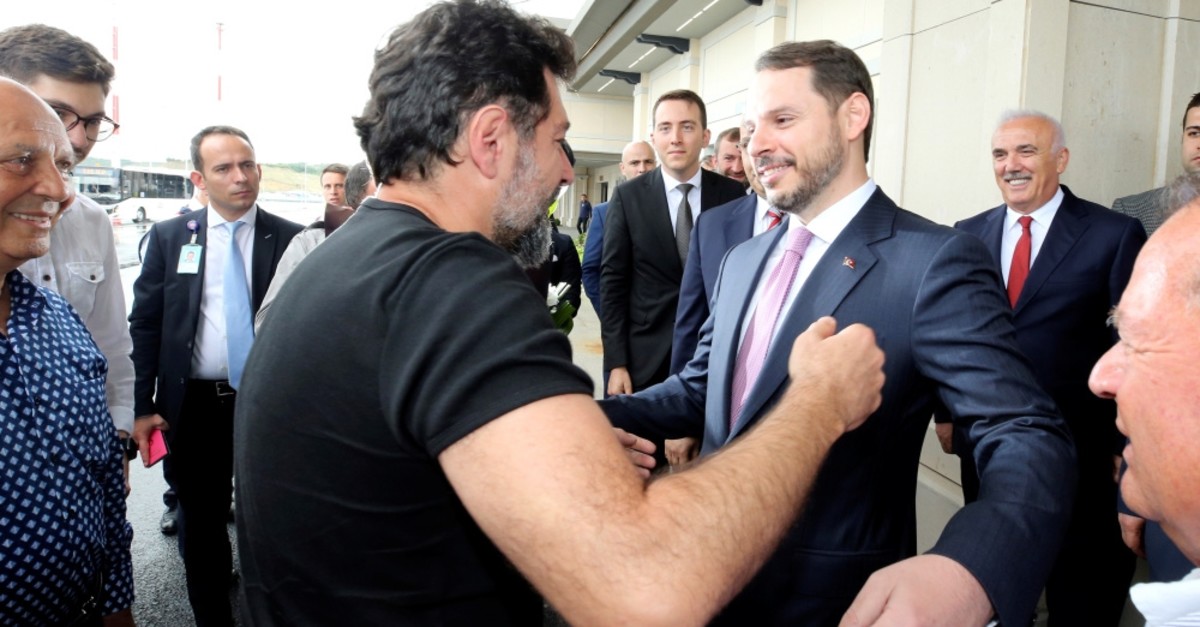 Mehmet Hakan Atilla, a former executive of state-owned Halkbank, is welcomed by Treasury and Finance Minister Berat Albayrak upon his arrival after a 28-month period incarcerated in a U.S. prison, at Istanbul Airport, July 24, 2019.
by Mahmut Övür Jul 30, 2019 12:48 am

Mehmet Hakan Atilla, the former deputy director-general at the Turkish state lender Halkbank who was tried by the U.S. District Court for the Southern District of New York over the Reza Zarrab case and jailed for 28 months, returned to Turkey a couple of days ago.

The case cannot be addressed independently of the Russian S-400 defense missile system, the F-35 Joint Strike Fighter crisis we have been experiencing recently, the overt support for terrorism east of the Euphrates or the desire to exclude Turkey in the Mediterranean. This, however, was the first step of all this.

And this conspiracy has a dirty history dating back almost a decade.

In fact, what happened later surpasses any so-called conspiracy theories. Anything that happened was related to each other. The Gülenist Terror Group (FETÖ) played the lead role in the process, from the Feb. 7, 2012 coup against the National Intelligence Organization (MIT) to the judicial coup of Dec. 17 and Dec. 25, 2013.

In this process, U.S. players were relentless. While American media accused Turkey of an axis shift, David Cohen, undersecretary of the Office of Terrorism and Financial Intelligence, and others came to Turkey in person and overtly threatened the country. In fact, the Israeli lobby, the American Israel Public Affairs Committee (AIPAC), launched a campaign against Turkey, while 47 lawmakers sought sanctions against Halkbank for brokering trade with Iran.

The same thing also happened in Brazil at the time. A great campaign was waged there as well and eventually left-wing President Dilma Rousseff was impeached and removed from office by the senate for "violating the budget law."

In short, they succeeded in Brazil, but failed in Turkey. As a result of that deep frustration and desperation, they resorted to the Reza Zarrab conspiracy.

Mehmet Hakan Atilla, the former deputy director-general at Halkbank, was jailed for 28 months because of this global conspiracy.

It has been a long time and all of this could have been forgotten. Some opposition parties, particularly the main opposition Republican People's Party (CHP), watched the case in the hope of a deep economic crisis in Turkey. Some even went as far as to say "it happened since there was no law in Turkey." They went with files but returned in frustration when it turned out to be a conspiracy. They returned because the story was completely different, the target was Ankara, and a force within the U.S. was squaring accounts with Turkey.

President Recep Tayyip Erdoğan, serving as prime minister at the time, explained this showdown in the most striking way in those days: "It is a really, really interesting subject. It is not currently possible to interpret this in a legal sense. Frankly speaking, I consider this step against our former economy minister to be a step against the state of the Republic of Turkey because they have not been able to put forward a claim against him here."

Now Atilla has returned to Turkey. Everyone knows that the U.S. violated the law, and judged and imprisoned him based on the fabricated documents of a FETÖ-member working in the police force. Even the CHP, which used its illegal documents to draw political conclusions from that case and sent teams to the U.S. in a rush, knows this. So, what will they say now?