The final coup as CHP quits the scene 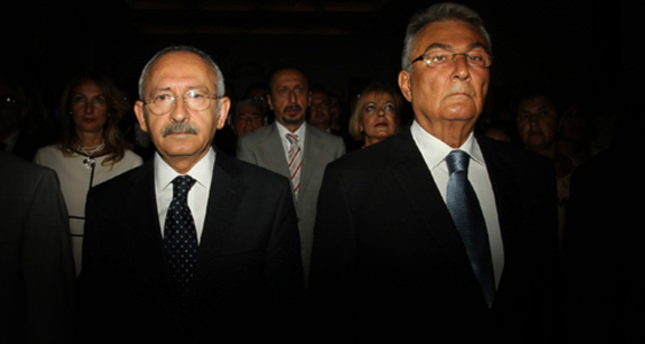 by Markar Esayan Mar 07, 2014 12:00 am
From statements made by the prime minister and other government officials, it is clear they are greatly disappointed in the Dec. 17 operation that aimed to overthrow the government. They are most disappointed, it seems, in the parallel structure behind the operation as it hints at the Gülen Movement, which until recently supported the government.

Şükrü Elekdağ is a former state bureaucrat and parliamentarian from the Republican People's Party (CHP) - a party and social segment that is considered a rival to the AK Party. During a recent TV appearance he described the situation as follows:

"This is a highly calculated move. There is a strategic and very strong mind behind this. Each step has been planned carefully. It is obvious that the purpose is to overthrow the government. These types of incidents are made to conjure an image in the public eye of a Turkey that is kneedeep in corruption. There is a purpose to these operations. They say that having all three at once will certainly obtain a result. Relevant file information and photographs are served to the media. The purpose is to publish these photographs and leave an image in the minds of the public so that the cases are never forgotten. A third point is that such things are done so close to the upcoming elections. They have a political purpose of overthrowing the government. That is quite obvious."

The threat posed by this system was put on record during the National Security Council's (MGK) last meeting, where it was decided to fight against this parallel structure.

With that, the issue became a matter of state concern. Those who are able to rid themselves just a little of their obsession with Erdoğan and the AK Party would see that the Dec. 17 operation was more than just a regular judicial disposition - just as CHP's Şükrü Elekdağ has done.

However, the main opposition party is trying quite dramatically to focus on the corruption allegations by disregarding the parallel structure's attempt to overthrow a legitimate government through judicial and media attacks. Moreover, they are becoming part of this political engineering.

CHP leader Kemal Kılıçdaroğlu is most likely in his current position thanks to a tape recording plot designed by the same system. After a meeting with former CHP leader Deniz Baykal, Kılıçdaroğlu stated that he would not run for leadership. The next day, he was a candidate.
Such unscrupulous and dubious stances make it difficult to become a leader who has correlation with the public.

This operation was most likely executed prior to the 2011 general elections as a plan to manipulate CHP today. There is otherwise no reasonable explanation as to why CHP is behaving the way it is. The party is essentially shooting itself in the foot. CHP will go down in history as the party that supported a coup, but faded away with a slap on the wrist by the people.

Had they embraced the attitude of CHP's legendary leader Bülent Ecevit during the 1971 coup, CHP and Kemal Kılıçdaroğlu would have gained the public's sympathy and probably increased their votes. The coup in 1971 was aimed at CHP's biggest rival, Süleyman Demirel. Ecevit was not even the party's leader then, but his strong position inspired people run to the ballot boxes to vote CHP at 46 percent. This was CHP's only era of popularity.

Votes are not the problem, but rather the opposition's tendency to work hand in hand with a pro-coup mind-set, and the horrible impacts of this on our democracy.

Great unrest awaits CHP after the local elections on March 30. CHP missed a great opportunity, which may now signal the beginning of the end for the party.