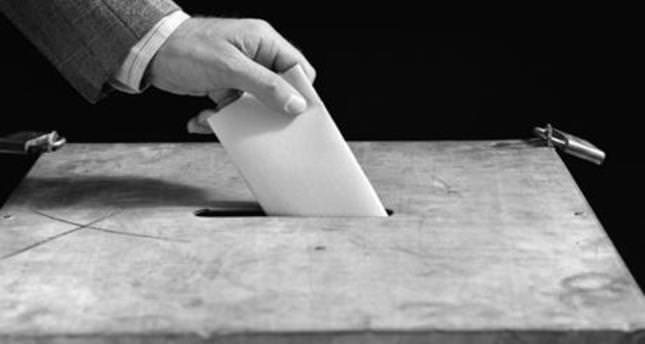 by Mehmet Barlas Mar 06, 2014 12:00 am
In every democratic country, a portion of the electorate is classified as fixed voters. These voters cast their ballots due to strong ideological beliefs, religious or denominational commitments, social setting and party preference. These votes rarely change and make up the base votes of many parties in every election.

It is floating votes, however, that determine the fate of elections in all democracies. Floating voters make their decisions based on services provided, the influence these services have on their lives and which political party leader provides the best confidence in a better tomorrow.
Floating voters pushed British Prime Minister Winston Churchill out of government despite victory on the battleground. The same voters kept conservative British Prime Minister Margaret Thatcher and Labor Party leader Tony Blair in government for 10 years. These highly conscious voters also make up much of the late former Prime Minister Bülent Ecevit's Democratic Left Party (DSP) and voted him to office in one election and kicked him out the next.

Those who say one thing and vote another

There are those who for the sake of fitting in with their ideologically or politically engaged circles say they vote according to the popular consensus, but once inside the ballot box, vote for their true beliefs. During a general election in the 1960s, all the votes appeared to be for the AK Party in Istanbul. I witnessed a polling observer from the Republican People's Party (CHP) watch the vote counting in distress and ask, "What if there is not even one vote for CHP?" When pressed, this polling observer from CHP voted for AK Party as well. Luckily, a few votes for CHP came up at the end.

It is natural for those who engage in politics base on fixed votes to initiate coalitions or turn to maneuvers outside politics to bring themselves to power. This can be observed in the 1950s when the multiparty system was introduced, leading to the downfall of the CHP.

Since the 1950s, every party that won elections aside from the CHP was viewed by certain circles as a threat to secularism and the regime.

Actions and economic growth was disregarded. After all, Prime Minister Adnan Menderes was executed and Süleyman Demirel overthrown twice. Prime Minister Turgut Özal, who opened Turkey to the world, was nicknamed "takunyalı" (the clogger) [for his religiousness] by those circles.

Was current Prime Minister Recep Tayyip Erdoğan, who carried Turkey toward European Union membership, not called a follower of Shariah? Are we not political parties that include members of the alliance that supported the postmodern coup mistrusting fixed votes?
We should not forget that fixed votes will not determine the outcome of the upcoming local elections, or any other election for that matter.
If you are one of those forced to conceal your real preferences because of social concerns, be not troubled. Social pressure cannot change the preferences of the general public.