Responsibility towards the people 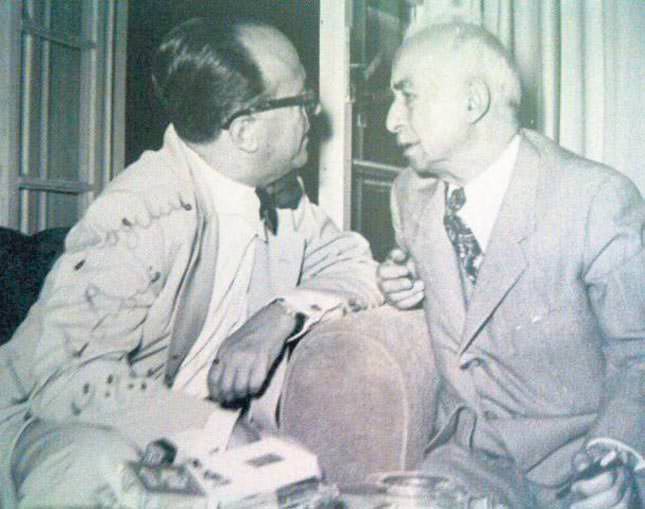 On the struggle between Mustafa İsmet İnönü and Adnan Menderes in the '50s and '60s, there was a famous saying believed to be said by a Democratic Party parliamentarian...

When asked whose stance was more predominant, he answered, "İnönü carries the victory of the Independence War on his shoulders. The only thing on Prime Minister Menderes' shoulders is the suit made by İzzet the tailor."

I later heard another version of this discourse from Süleyman Demirel.

Demirel was prime minister and he had visited me at my home in the late 1970s. While he was gazing at the Bosporus, I jokingly said: "Mr. Demirel, if only you had made the Bosporus Bridge a little wider, the traffic jam wouldn't be so bad."

Pointing at the photograph of my father Cemil Sait Barlas and İsmet İnönü on the wall, he replied: "In a room with a picture of İsmet İnönü, how can you even ask me why I built the bridge so narrow?

In the 1960s, whenever I mentioned that I would be building a bridge over the Bosporus, İsmet İnönü would slam his War of Independence Medal on the bench and say, 'I will not allow it.'"

We need to apply these words metaphorically to express the Republican People's Party's (CHP) opposition to an active government in today's political sphere. Frankly, I am baffled as I read the columns in newspapers that once addressed the masses but have now adopted the "anyone but Erdoğan" stance.

Back in the days when I had just started writing for the daily Hürriyet, [columnist and journalist] Hasan Pulur once told me he asked the owner of the newspaper, Erol Simavi, "To whom am I responsible?" Simavi then led him to the window and showed him the people passing by and said, "As a writer for Hürriyet, these are the only people to whom you have any responsibility."

In a setting where at least 50 percent of people are aware of the services Prime Minister Erdoğan has provided for this country, what is the point of focusing on a handful of people's obsessions about Erdoğan or putting it in the same frequency as the statements of a partly incomprehensible movement?

Perhaps they are trying to say, "The only thing on Prime Minister Erdoğan's shoulders is his sense of responsibility toward the country's development and stability. We, on the other hand, carry around the weight of our gluttony over the leftovers from the Feb. 28 post-modern coup."

Apparently the "Parallels" who had once leaned on the generals for support and are now within the same frequency were also the ones who plotted against them. Perhaps they would have come to their senses had they read İlker Başbuğ's story in Sabah and pondered upon the [Constitutional Court's] decision that "Başbuğ's rights to personal freedom and security has been violated."

The bosses of these "column qadis," who are eager to be "secularist imams" and think they are a match for Erdoğan, should be able to take them to the closest window and say, "Stop depending on your obsessions and these fabricated tapes, and start fulfilling your responsibility towards the people."