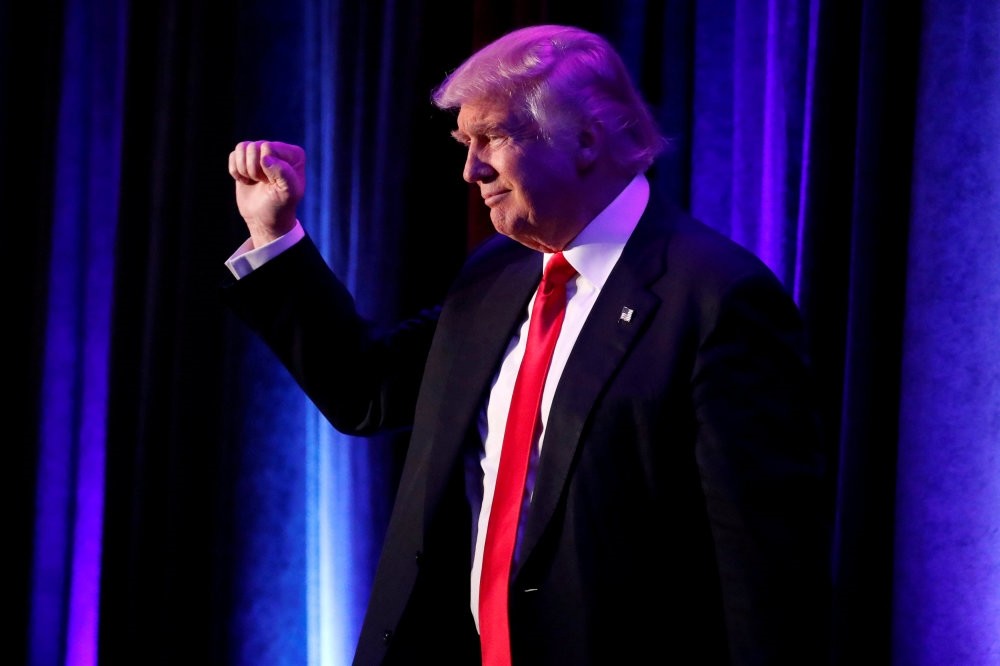 Turkish people expect the Trump administration to cooperate with Turkey, a country that is working hard to restore peace and stability in the region, and stop supporting terrorist groups such as the PYD and YPG

Never before has the world had such high expectations of an American president. Are you not curious to see whether Donald Trump, who will take over the White House on Jan. 20, will live up to them?

For instance, the Russians expect Donald Trump to end the post-modern cold war, which the Obama administration tried to start in recent years. The U.S.'s decision to treat the Russian Federation as if it were the USSR respawned as well as the country's actions in its region have fueled tensions akin to those experienced before the two world wars. At this point, the nuclear balance of power is under scrutiny again. Yet observers believe that the Trump administration will bring the crisis to an end and engage in a friendly dialogue with Russian President Vladimir Putin.

Another expectation is for Trump to stop Washington's involvement in military coups against elected governments in friendly nations. The funding of so-called democratic coups by American capitalists such as George Soros in Central Europe and the Middle East brought nothing but instability to both regions. Likewise, the Arab Spring turned into a disaster. If anything, the establishment's recent efforts to turn the American people against himself should help Mr. Trump understand how people see his country.

Finally, Turkey's expectations from the incoming administration are quite clear. Prime Minister Binali Yıldırım recently provided a comprehensive list to Washington: "No matter where they stand, we will continue serving the people and fighting terrorism. The driving force behind terrorism is the discomfort felt by the sponsors of terrorism in the face of Turkey's decisive counterterrorism efforts. We expect the new administration to end the charade that the Obama administration created. Using a terrorist organization to defeat terrorism is like hiring the mafia to undermine the underworld. This is the day when our friends and enemies reveal themselves. Turkey has stood with the United States as part of NATO for years. We are strategic partners. The U.S. must not let a terrorist group cast a shadow over our strategic partnership.

The PYD [Democratic Union Party] equals the PKK, which equals a separatist terrorist group. Likewise, FETÖ [Gülenist Terror Group] is over there. My friend, you need to decide what you are going to do. Will you stand with Turkey or provide a safe haven to terrorists? The Turkish people expect the new administration to cooperate with Turkey. I am confident that the U.S. will choose to work with Turkey, a country that works hard to restore peace and stability in the region, as opposed to terrorist groups and reverse the policies of the Obama administration. If they reverse the policy, everything is good. If they don't, we will take care of our own business."
Last Update: Jan 12, 2017 1:21 am
RELATED TOPICS