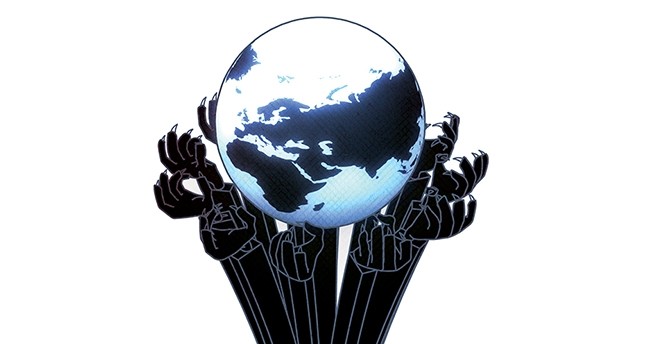 In the already-chaotic Middle East, the Qatar crisis has become another unreasonable development. On Monday, the world was shocked with the news that seven countries, including Saudi Arabia, Egypt, the United Arab Emirates, Bahrain, Yemen, the Maldives and Libya's decision to cut all diplomatic ties with Qatar. Being a Gulf country with 2.7 million population and the biggest exporter of liquid gas in the world, Qatar was recently a very popular item on the world's agenda due to such assets like Qatar Airways and its sponsoring of Barcelona FC, the TV news channel Al Jazeera and the FIFA World Cup football matches, scheduled to be held in Qatar in 2022.

Well, what was the impetus behind a series of countries' (particularly Saudi Arabia's), stance against Doha? First of all, the Qatari people will feel the effects of this decision in their daily lives because Qatar's food is provided by the highways passing through Saudi Arabia, leading the people of Doha to rush to the supermarkets hours after the decision according to the news outlets. Indeed, the political outcomes of the decision stands at a more critical level.

In the statements successively made by the countries that cut ties with Qatar, Qatari diplomats were asked to leave the countries within 48 hours and Qatari citizens within two weeks.

"Doha is posing a threat to the stability and security of the country by interfering in the administration's jobs," according to Bahrain by way of explanation for their decision to punish Qatar. Meanwhile, it was cited that Qatar allegedly supports terrorist groups and Iranian-backed groups.

It was additionally announced that Qatar was expelled from the military coalition in Yemen. In a statement released by the Command of the Coalition to the news agency of Saudi Arabia, SPA, the decision to end the participation of the state of Qatar in the coalition was made due to "its practices that enhance terrorism, support for its organizations in Yemen including al-Qaida and Daesh, and dealing with coup militias in Yemen, which is contrary to the coalition's objectives, of which the most important one is fighting terrorism." But the real reason for the crisis was probably Al Jazeera having been the target of a cyber attack.

During the night of May 23, the Qatar News Agency (QNA) released some "anti-U.S. and pro-Iranian" statements referring to the Qatari Emir Sheikh Tamim al-Thani. In a short span of time, these statements had wide media coverage. A few hours later, it was revealed that the QNA was the target of some cyber attackers. Sheikh Saif bin Ahmed Al Thani, the director of the Government Communications Office of the State of Qatar, announced that the website of QNA had been attacked by anonymous hackers and Qatar's Foreign Ministry confirmed the cyber-attack to the news agency and said the released news was fake and asked for the media outlets not to take them into consideration.

Despite the official statements by Qatar, the false news attributed to the Qatari Emir were used by the media organs in the United Arab Emirates and Saudi Arabia. In a meeting on May 25, Qatar's Foreign Minister Sheikh Mohammed bin Abdulrahman Al Thani argued that there is a media campaign targeting his country.

This Gulf crisis will sadden Turkey, as it has close relations with all countries in the Gulf region. The timing of the crisis following the summit meeting by U.S. President Donald Trump during his visit to Saudi Arabia naturally brings to mind the possibility that there may be some different reasons behind it.