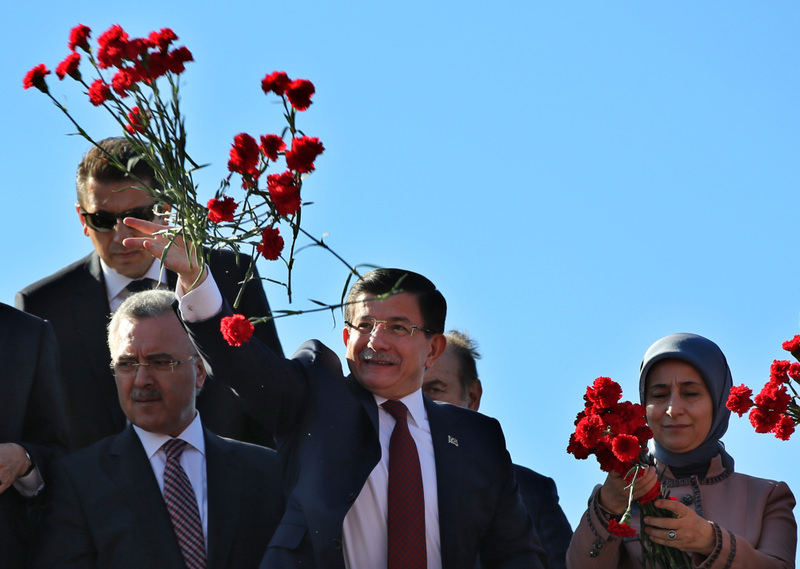 With no similar example in the history of democracy worldwide, the AK Party has again achieved nearly 50 percent of the vote despite acting as the ruling power without coalition support for 13 years

Having voted on Nov. 1, 49.5 percent of the electorate assigned the Justice and Development Party (AK Party), which has been in power for 13 years, to form the government once again. In the elections, the Republican People's Party (CHP), which represents middle and upper classes, received 25.4 percent of the vote and the Nationalist Movement Party (MHP) received 11.9 percent. The Peoples' Democratic Party (HDP), which is the legal wing of the outlawed, separatist PKK, also achieved seats in Parliament with 10.7 percent of the vote.

So what was the secret to the AK Party's success, which could not form a government without coalition support, even though it received 41 percent of the vote in the June 7 general elections? It is enough to recall the 'cornered cat' metaphor while answering this question. But before that, it would be useful to remember the development of this cat, which acts like a tiger from time to time.

To illustrate, the AK Party, which was organized as a movement encompassing peripheries, came to power in 2002 despite the oppressions of republican elites, central capital and military-civilian tutelage.

Embarking on its political journey as a representative of groups excluded from political, economic and cultural scenes due to their Islamic sensitivities, the party also achieved integrating other marginalized groups in the country into the movement.

It gained support from Kurds by initiating the reconciliation process to end the covert civil war in the country that had gone on for 30 years and claimed the lives of 50,000 people. The party also satisfied liberal and democrat circles with various steps it took including opening political channels and introducing democratization and constitutional reforms.

It mainly focused on social and economic policies for disadvantaged groups. The ratio of the middle class rose from 20 percent to 40 percent thanks to the AK Party. Therefore, the poor also provided full support for the AK Party.

The party also returned Greek, Armenian and Jewish citizens their rights to possess property and receive education, which were seized throughout the Republican period.

The AK Party's 13 years of activities also include creating an independent foreign policy that is in accordance with national interests as part of regional and world policies. Thus, the party achieved to attract nationalist voters who formerly supported the MHP.

And of course, above all, former Prime Minister and current President Recep Tayyip Erdoğan's influential public charisma, as the founder of the movement who was elected as president by popular vote in 2014, should be taken into account.

All these factors and more have turned the AK Party into a center party that builds hope and trust. Having no similar counterpart in the world, it has achieved nearly 50 percent of the vote despite the exhaustion of acting as the ruling power without coalition support for 13 years.

However, in the June 7 elections, the electorate wanted to attract attention to the AK Party's faults and deficiencies and gave that open message at the ballots, which did not provide the required majority to the party to form a government on its own.

Just after the June 7 elections, a plan centered on the threat of terrorism, which was started during the Gezi Park protests in 2013, was activated by the opposition.

They organized violent street protests against the AK Party, which owes its success in all the elections only to its ability of persuading the public with its efficient activities and discourses along with its good organizational performance. They even used PKK terror, which killed 300 people, including children and medical officers, as a legitimate political means.

The media outlets supporting the opposition threatened the public with captions suggesting that the country would turn into a blood bath if the AK Party came out as the first party again.

Politicians from the HDP and MHP also said that a civil war would break out if the election results did not conform to their wishes.

Some members of the electorate were alarmed when the foreign press also started to support the threats of the opposition, realizing that their country and political representatives are under a serious threat. So they put aside their critical approach on June 7, perceived the elections as a national war of liberty and embraced each other. And eventually, they assigned the AK Party, which they see as a guarantor of their future and safety, to power again with 49.5 percent of the vote on Nov. 1.

Everyone should draw some lessons from these results. The parties condemned to chronic opposition roles and Turkey's "allies" should see that Turkey cannot be disciplined with threats. Otherwise, it would not be surprising if they taste the famous "Ottoman slap" again, a metaphor that has been frequently expressed since the Nov. 1 elections. As you know, cats should not be cornered.
Last Update: Nov 05, 2015 2:10 pm