Who has the European Parliament punished? 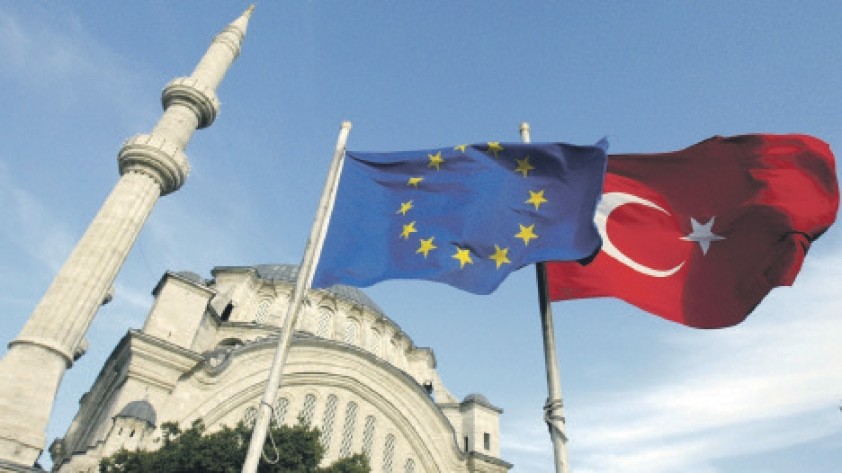 Contrary to what the European Parliament members claim, the sole one accountable for Turkey's alienation is not Ankara but Brussels

We are going to witness the successive consequences of the European Parliament's recent motion to freeze negotiations with Turkey.The subject is expected to be negotiated at the European Council summit on Dec. 15-16, and it is estimated that a permanent motion will be issued this time.

Whatever the results are, I can assert that the Turkish public has already been alienated by the European Union in psychological terms. Contrary to what the European Parliament members claim, the sole one accountable for this alienation is not Ankara but Brussels. There is no logic in making a distinction between Turkish people and Turkey's regime and saying their gates are open to Turkish people while issuing such a motion.

Turkey has taken the most crucial steps with regard to EU relations during the period of the Justice and Development Party (AK Party), which has been the ruling party since 2002. Over the course of this period, the AK Party leadership has changed the reflexes of its conservative base to a great extent. The government has moderated the approach of the conservative base to the EU despite some double standards such as the accession of the Greek Cypriots into the EU, even though Turkish Cypriots cast affirmative votes for the Cypriot Annan Plan referendums.

So, with the support of conservatives, the EU acquired the widest popularity it has enjoyed so far in Turkey during the AK Party period.

But what has unnerved the EU, which had appreciated the architect of the process, is that all of a sudden it decided to freeze Turkey' membership negotiations?

Is it because of the public discussions regarding the reintroduction of capital punishment and some neutral statements by politicians regarding the issue, such as, "It can be put to a referendum if demanded."

However, as far as we know, legal acquis is not interested in the discussions of the public and politicians in a country but in concrete steps taken. Is there a legal amendment in Turkey that has reintroduced capital punishment?

Or, might the problem stem from the fact that the Turkish state used its right of self-defense and declared a state of emergency in accordance with international law after repelling the military coup attempt on July 15?

If this is the case, why is the right to declare a state of emergency regarded as an offense for a candidate country, while an EU member like France could declare it in the face of a terrorist assault?

As a journalist who has been closely and hopefully following EU-Turkey relations for years, all I can say is that the EU has lost its composure and engaged in clumsy behavior.

Otherwise, why would a union, which claims to be devoted to universal values outside of its own existence, push away a candidate country that is thought to be inclined to making mistakes?

They think they are sending a message to the people of countries like the Netherlands that are discussing an exit from the EU in the aftermath of the Brexit scandal by cracking a whip on Turkey. What cunningness!

Having declared that it has frozen its expansion perspective in the case of Turkey, the European Parliament must see that the world has entered a new millennium. It must also take into account that insisting on the politics of the former period in this new world might awaken the old continent's old disease, which is racism.

I guess a Turkish proverb summarizes the current situation of the European Parliament in the best way: Sharp vinegar only damages its container, meaning a bad temper harms its possessor most.
Last Update: Dec 01, 2016 2:31 am
RELATED TOPICS