Why would Putin poison a man? 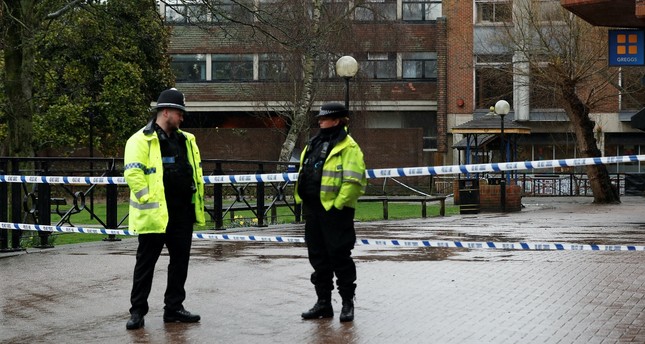 Since the U.K. and Russia have mutual interests in regional policies, London should re-evaluate the Russian spy poisining case from different perspectives

Early in March, a 66-year-old man and his 33-year-old daughter were found having fainted in a public park in Salisbury, England.

One of the police officers who made the first intervention was affected by a chemical substance and was taken to the hospital.

Following an investigation, the police announced that the man, whose name is Sergei Skripal, and his daughter, Yulia, were poisoned by some kind of nerve agent produced in Russia.

British Foreign Secretary Boris Johnson went one step further, saying that the incident was not an ordinary attempted murder, and that the target was the U.K. itself. Then he overtly mentioned Russian President Vladimir Putin.

Who was this mysterious 66-year-old? Soon, the depth of the incident was understood. Skripal, whose poisoning has led to a deep diplomatic crisis between the two countries, was a colonel who had been imprisoned in Russia for years for alleged spying on behalf of Britain's MI6 intelligence service.

As soon as he was released from prison, he settled in the U.K.

The crisis, which has snowballed following the poisoning of Skripal, evolved into a stalemate with the deportation of dozens of Russian diplomats by the U.S. and many European countries. So much so that even NATO was involved in the process and clarified its position, canceling the accreditation of seven Russian diplomats. However, we have yet to hear a reasonable explanation as to why Putin might have attempted such a thing.

Moscow strongly rejects the claims that it was behind the poisoning. Kremlin spokesman Dmitry Peskov also called the incident absurd during a televised interview, saying: "If a former British spy were smashed by a Land Rover in Moscow, would we blame MI6 as the vehicle is a British make."

Russia, which first comes to mind in cases of assassinations by poisoning in the past, seems to be right in its objection this time.

This is because the U.K. has revived its perspective of diplomatic expansionism through bilateral agreements as a result of its decision to withdraw from the EU with its Brexit referendum. As such, it has achieved rapprochement with Moscow more than ever.

In addition, the interests of the two states both in the Middle East and the Asia-Pacific are becoming more common, or at least do not clash, in the face of the U.S. and EU, which is progressing along the same axis with the former.

Moreover, it does not make sense that Putin would take such a risk that could imperil him in the international arena for an inactive former spy at a time when opinion polls put it clearly that he would handily win the presidential election with support exceeding 70 percent and when he needs more legitimacy than anything else.

So, who might have committed this attempted murder and for what reason? As a journalist in a country that experienced a similar provocation a short while ago, the first agent that comes to my mind is the U.S. deep state.

Remember when Turkey downed a Russian fighter jet in Syria. During the days when tensions were at their highest, Andrey Karlov, the Russian ambassador in Ankara, was murdered by a hit man who was a Turkish police officer.

Fortunately, Putin kept his cool in the face of this development, which could have been considered reason for war. Russia realized that there was no reason for the Turkish administration to make such a move. After all, the assassin was soon found to be a hit man of imam Fetullah Gülen, whose followers attempted a coup in Turkey on July 15, 2016, and who is being protected in the U.S.

The assassination of Karlov was aimed at driving an irreparable wedge between Turkey and Russia and making Ankara give in to the U.S. concerning Syria. Also, the attempted murder of Skripal, where no Russian flag was left in the scene, might have been aimed at disturbing the U.K.'s actual rapprochement with Moscow.

London should not overlook the possibility that those who conveyed messages through bloodshed in British streets before the Brexit vote might have used a Soviet-developed nerve agent this time and should not sever dialogue with Moscow.