US in Syria: Repeating the same mistakes as in Vietnam? 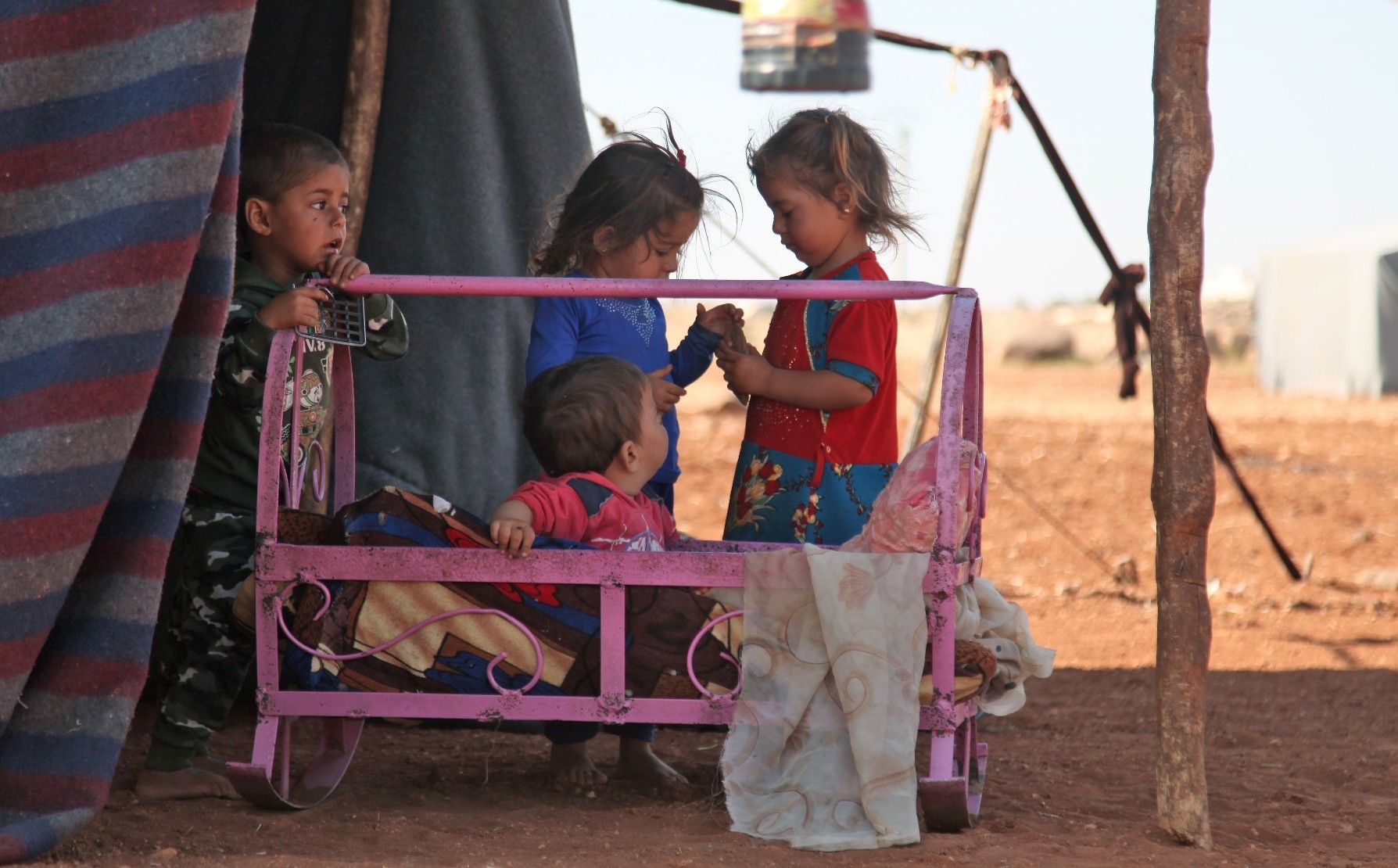 Syrian children play at a makeshift camp for displaced civilians fleeing from advancing Syrian regime forces, close to a Turkish military observation point near the village of Surman in the opposition-held northwestern Idlib province, Syria, Sept.5.
by Melih Altınok Sep 06, 2018 12:00 am

On Tuesday, three Russian fighter jets conducted more than 30 air attacks on Syria's Idlib, an area controlled by the Syrian opposition. It was reported that the attacks, that also included regime artillery fire, resulted in civilian casualties.

Ignoring the warnings of the United States before the operation, Moscow released an official statement after the attacks stating that their interlocutors are Turkey and Iran, who will attend the summit to be organized in Tehran on Friday. Russian President Vladimir Putin's Press Secretary Dmitry Peskov announced that Syria would be one of the topics discussed in the upcoming trilateral summit.

Being excluded from the Astana process before, the U.S. has not been included in the decision mechanisms about the future of Syria again. To quote a popular Turkish idiom: "They lost bulgur at home when they go to Damietta for rice," meaning they lost what they already had in the pursuit of what they presumed to be better.

The U.S. could not prevent the "success" of Syrian dictator Bashar Assad, who won the war but hasn't won the peace, as French Foreign Minister Jean-Yves Le Drian put it. Furthermore, the country lost its reliable ally of 60 years – Turkey – to its rivals.

Fortunately, Ankara's foreign policy is based on a set of principles instead of the rigorous pragmatism seen in U.S. foreign policy. Ankara did not change its route after the U.S. openly provided weapons to the terror group PKK's Syrian offshoot, the People's Protection Units (YPG), nor did it change its stance against the Assad regime after getting angry with the transatlantic cliques over the conspiracy of the downed Russian jet and the assassination of Andrei Karlov, a Russian ambassador to Turkey.

At the end of the day, Turkey is shouldering responsibility both in the field and at the negotiation table and representing the arguments of the modern world on its own to establish a participatory democracy in Syria.

Speaking on Russia's Idlib operation before the critical summit in Iran, President Recep Tayyip Erdoğan said: "We hope to yield positive results from the Tehran summit and prevent the extreme practices of the regime in the region."Those who want to avert massacres that would trigger a new wave of migration bound to affect the country's neighbors and Europe need to support Turkey, the country that has been chivalrously shouldering a large economic, social and political burden on the southern borders of the EU and NATO alliance for years.

In that sense, the U.S. needs to admit the tactic of overcoming the trauma of the Vietnam defeat through proxy wars has failed and should not be applied to policies concerning the Middle East, like supporting terrorists, a remnant of the Barack Obama period.

Although the Pentagon has managed to find volunteers in the field willing to die in place of U.S. troops, the effects of the country's failure in Syria will lead to profound political syndromes in both the domestic and foreign policies of the U.S.