Don't be an accomplice to the Saudi administration 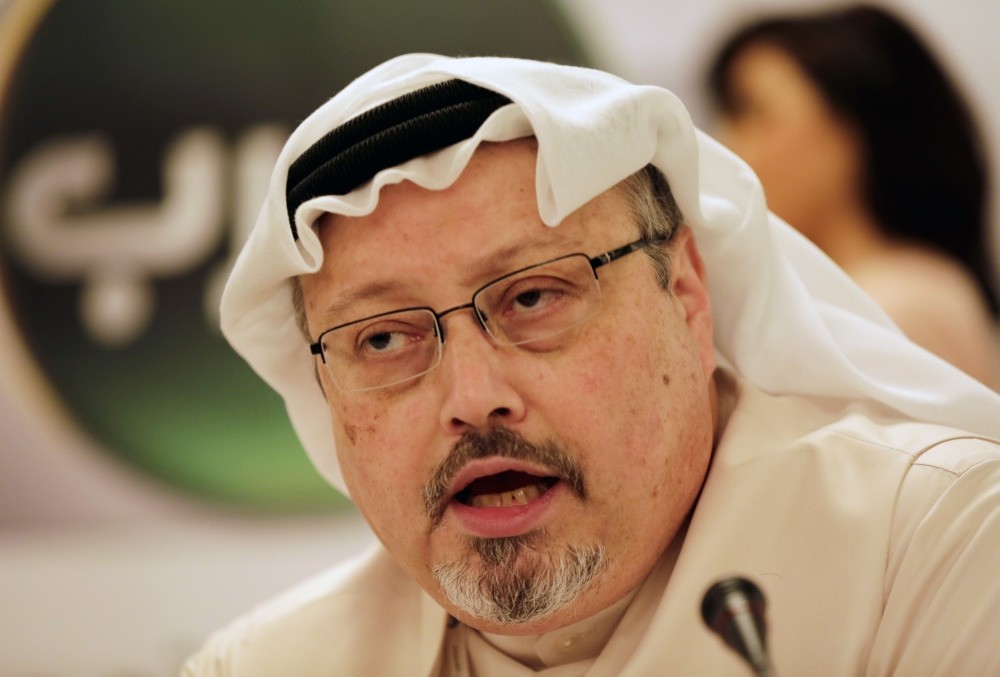 Jamal Khashoggi, who recently went missing after visiting the Saudi consulate in Istanbul, seen here speaking at a news conference in his role as general manger of an Arabic news channel, in Manama, Bahrain, Dec. 15, 2014.
by Melih Altınok
Oct 18, 2018 12:00 am

Let us suppose that Saudi Arabia chose a consulate building as the location to murder a foe. In that case, it should be extraordinarily meticulous not to leave a trace, should it not? However, the Jamal Khashoggi incident is full of traces. Saudi officials are arguing that the system that runs the buildings cameras stopped working during the hours when Khashoggi entered the building.

Who believes this? Is it not funny that the consul general, who showed a group of journalists around the building, opened a cupboard and said, "Look, he is not here either?" Moreover, a special team, including a forensic specialist, came from Saudi Arabia "for a few hours" on the day of the murder. Is that not obtrusive?

What about the mandatory leaves given to Turkish staff working at the consulate on the day of Khashoggi's disappearance? What about the "short travels" of the cars with tinted windows and mysterious suitcases? And finally, the Saudi consul general in Istanbul boarding a flight and fleeing to his country during the hours when the Turkish police were going to search his house.

If two or three of all these details were present in a detective film, the film would go sour and the audience would say, "Are you kidding me? Why are you giving us so many clues, where's the mystery?"

However, this time, it is real and the perpetrator is an organization which is a "legitimate state" in the international area. I mean we have to watch until the end and see that the price of this atrocity is being blatantly paid like a murder that is committed with impunity in front of our eyes.

If the world is still livable today despite all the injustice, it owes this to the values which are the common heritage of humanity.

However, when we look at the developments around us, we cannot help but worry.

Referring to the $110 million worth of arms they sold to Saudi Arabia, U.S. President Donald Trump, the sheriff of the Middle East, said they cannot give up this relationship. The trapped Saudi administration argues for the scenario that Khashoggi died of heart attack during interrogation at the consulate and was taken back to his country.

Moreover, Trump, who said that they want to solve the incident, sent U.S. Secretary of State Mike Pompeo to Riyadh before Istanbul, where the crime was committed and is being investigated. Then he appeared on FOX and evaded questions on the matter, saying that his reaction to the Khashoggi case depends on whether the king or crown prince know about the issue. "First, what happened? Did they know?"

I think we are not wrong in worrying.

Everyone should know that those who are already trying to cover up this murder, which has already made history, will be remembered with the murderer.