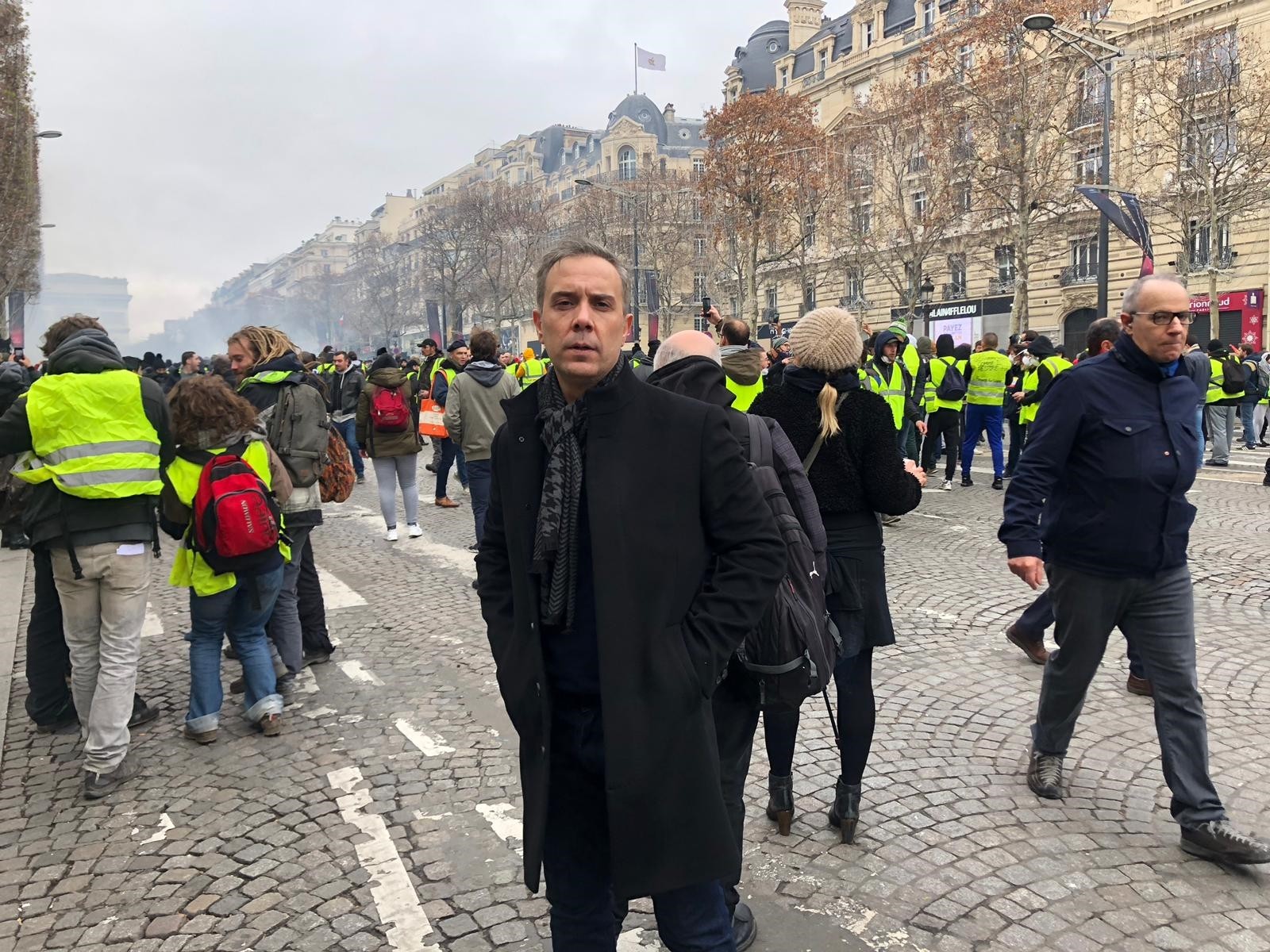 France, particularly Paris, has recently been witnessing the "yellow vest" protests stemming from economic deterioration, which could possibly have a domino effect in other European countries.

While many people have been taking to the streets, French people have doubts over French President Emmanuel Macron's capability to solve the issue.

In the streets, the frustration comes from people in low-income groups, living in France as citizens but unable to benefit from the advantages of their citizenship. Some of the protesters on Saturday's events came to Paris from different cities.

They have suffered economically as it is has not been possible to live in the country with rising prices and current salaries.

The French people feel hopeless that Macron can solve the issue as they consider him ineffective. Furthermore, the protests in France may have a spillover effect in other European countries.

With the growing scale of the protests, the French sent the message that has become necessary to take to the streets for their problems to be solved by the French government. The protests are expected to continue in the upcoming days.

The protesters base their demonstrations on rational factors, such as economic difficulties, however, as seen in many other events, there are some anarchist groups and looters partaking in the protests. Even the PKK and the Gülenist Terror Group (FETÖ) members have been participating in the riots.

The recent protests in France have been likened to the 2013 Gezi Park riots in Turkey. Yet, there has not been any similarity between them, considering the economic background of people attending the protests. In the Gezi Park protests, the middle and high economic classes were involved in the protests. Furthermore, very rich people were supporting these protests by opening their hotels and stores to them. The Gezi Park protests lasted for months. However, in the protests in France, which cannot be considered as large scale as Gezi Park, police violence and chaos have been witnessed.