Do US taxpayers know they are funding the YPG in Syria? 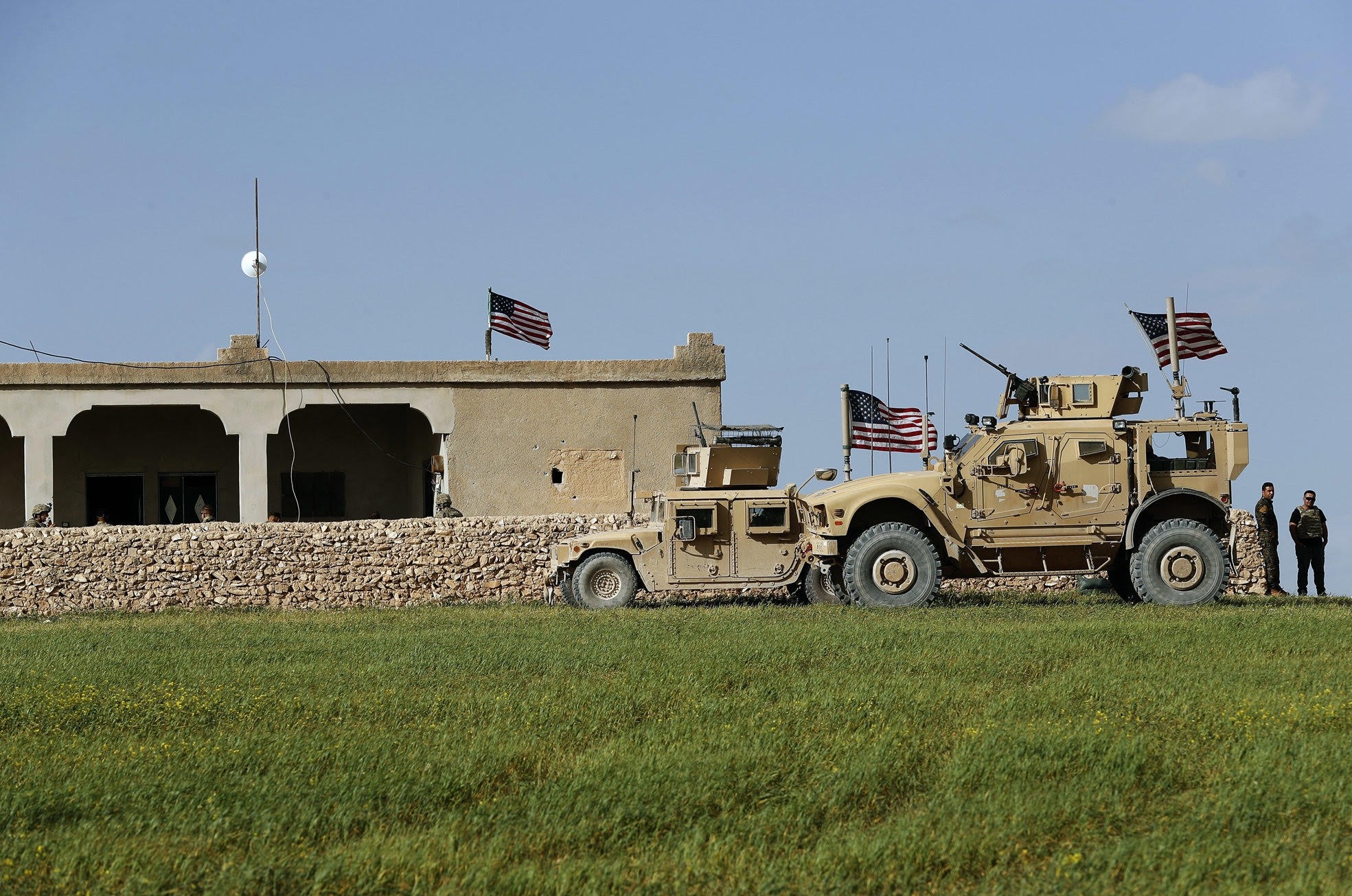 U.S. soldiers sit on a house that has been turned into an outpost on a road leading to the tense front line between U.S.-backed YPG terrorists and Turkish-backed fighters, Halawanji village, north of Manbij town, Syria, March 29.
by Melih Altınok Dec 20, 2018 12:00 am

The U.S. taxpayers shouldn't let their money support non-state actors that aim to form a statelet in northern Syria

In today's world, it is more than common that every modern state keeps its secrets for their national interests and security concerns. Although these secrets are generally known by each state's own people or other countries, they are never publicly declared or announced. However, compared to other states, the U.S. appears to have the most dangerous secrets that can be the cause of turmoil and clashes around the world.

With the emergence of the Cold War, the U.S. increased its hegemonic attempts in foreign policy through taking an active role in the different parts of the world. For that purpose, it didn't refrain itself from playing hidden dangerous games in conflict zones.

For example, in late '90s, the U.S. provided heavy weapons and arms to some radical groups in Afghanistan in order to lead them to revolt against its archenemy, Russia. By doing so, it violated the international law principles many times by using the influence of NATO. It also put pressure on its own domestic legal system by accusing those who criticize its policies for harming U.S. interests around the world.

The United States never officially declared its true intent and goal in the very infamous Afghanistan operation, but its "state secret" was widely known. The U.S. taxpayers, whose money is being spent by their state for illegal, secretive and reckless actions, are tied hand and foot. Because, any objection or question against such actions taken by their state would directly damage the famous "national security" concerns, the U.S. state has insistently warned.

However, for as long as the U.S. didn't allow its "widely-known state secrets" to be discussed or criticized, things got that much more complicated.

As such, the extremist organizations and formations in Afghanistan, funded and backed by the U.S. to stand against or kill the Russians, turned out to be a giant monster and perpetrated one of the bloodiest acts of terror in the 21st century. The memory of 9/11 is still fresh in our minds and hearts.

The United States still hasn't stopped keeping such well-known secrets. Just as it did in Afghanistan in the late '90s, the U.S. is now following a similar policy in northern Syria through training and equipping and providing financial support to the PKK-linked groups, namely the Democratic Union Party (PYD) and the People's Protection Units (YPG).

These non-state groups, whose sole difference from the Taliban, al-Qaida and Daesh is their secularist and ethnic ideology, is posing a huge threat to the regional peoples and states. They have so far killed many civilians and attacked innocent local people.

Time and again, the U.S. taxpayers have indirectly allowed their state to send their money to the PKK terrorist group's affiliates in Syria to form a statelet. U.S. President Donald Trump had promised to follow an isolationist economic policy, but his Syria policy shows how he cheated his taxpayers.

There is no doubt that the Pentagon or U.S. Central Command (CENTCOM) assert intense pressure on the U.S. president as they seem to be forcing Trump to follow the current Syria policy, which was created by former President Barack Obama. It is time for President Trump to see the possible outcome of this dangerous game in the Middle East, stop following in the footsteps of Obama or being manipulated by the U.S. establishment and to prevent the taxes of U.S. citizens from being used as financial support to a bunch of terrorist groups in the Middle East.