Macron dazed and confused in Syria 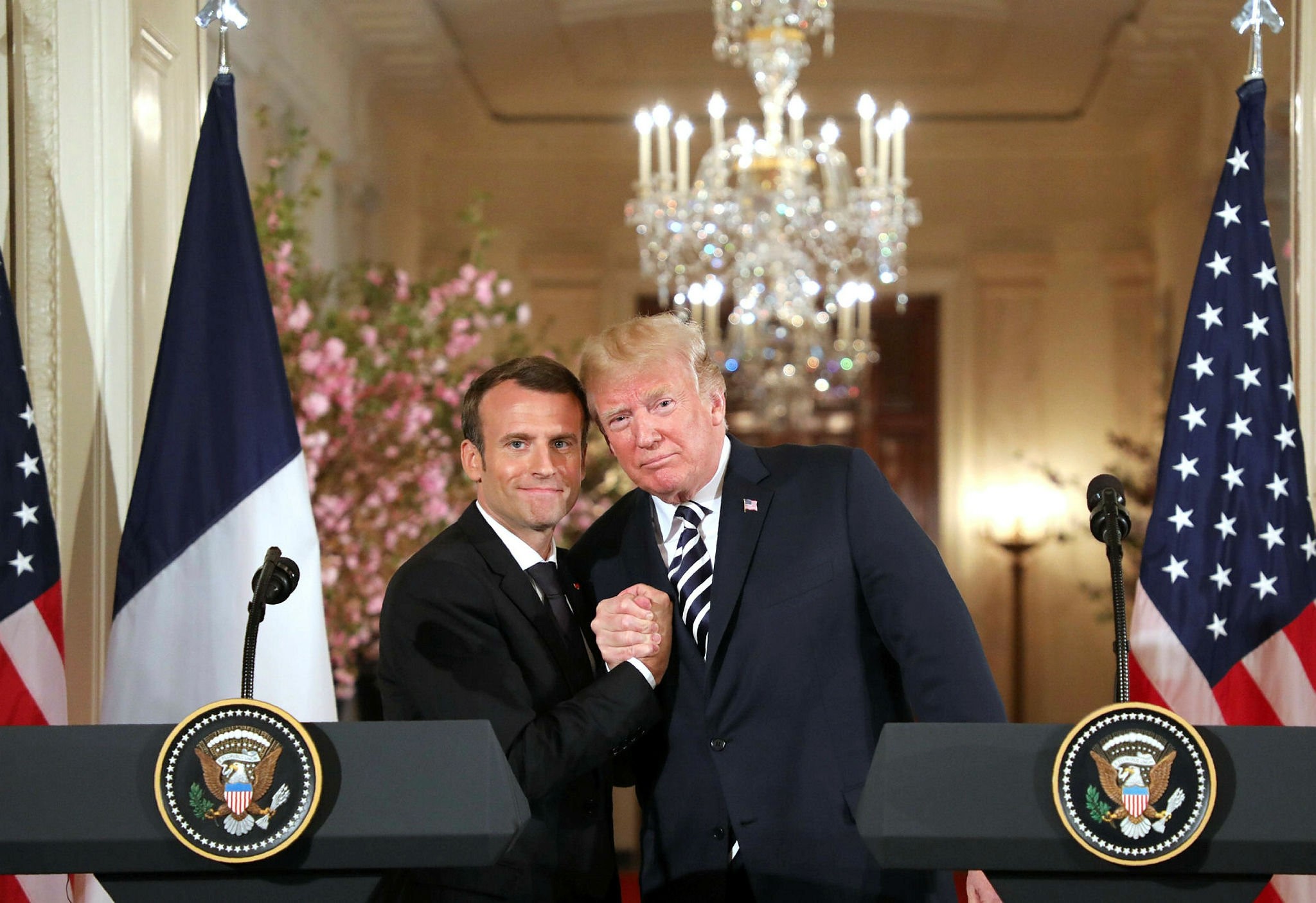 What French President Macron is doing in Syria is using the money of French taxpayers not to defend oppressed civilians, but to support PKK-affiliated terrorist groups

The U.S. president has recently taken a brave step in foreign policy by deciding to withdraw U.S. troops from war-torn Syria. Although the surprising decision came too late, the U.S. president, since the first day he was sworn in, has finally found a way to independently act despite the U.S. establishment's directions and demands.

According to recent polls, Donald Trump pulling out U.S. soldiers from the region has been positively welcomed by the U.S. public. It is most probably because U.S. taxpayers are fed up with their taxes wasted by their state for more than 1,000 U.S. bases in some 150 countries in the world.

Following the withdrawal decision, another discussion has started in the United States. According to some, the U.S. Army must soon leave Afghanistan, too. While the U.S. public is busy with such policies and debates, we have a brand new leader who is willing to take on this military and economic burden left by the U.S.

Bingo! He is no one other than French President Emmanuel Macron!

The young French leader harshly criticized President Trump's Syria move and declared that the French presence will remain in Syria despite the U.S. withdrawal. The French president, however, seems to have forgotten that his country is already in trouble with various domestic problems. While the "yellow vests" are still on the streets to protest against the government for the lack of economic welfare and living standards, Macron is trying to find the solution not in France but Syria. He probably thinks that this is the way to save his reputation and even be respected by the public as Napoléon Bonaparte.

Instead of looking for ways to do something to revive the falling competitive capacity or stop increasing unemployment, Macron is trying to manage what the U.S. couldn't manage in Syria.

What's worse, what Macron is doing in Syria is using the money of French taxpayers not to defend oppressed civilians, but to support PKK-affiliated terrorist groups such as the Democratic Union Party (PYD) and its armed wing, the People's Protection Units (YPG). The PKK is a bloody organization, which has already been designated as a terror group by the U.S., the EU and Turkey.

It is safe to say that the PKK's Syrian offshoots are no different from the notorious Daesh. They are responsible for brutal operations similar to Daesh's. In other words, Macron is simply advocating a bunch of killers in Syria. If not, he is supposed to reveal why France shouldn't forget what it owes to terrorist groups, as he said during a statement about the Syrian Democratic Forces (SDF), the YPG-dominated non-state organization in Syria.