The antidote to rising racism in Europe 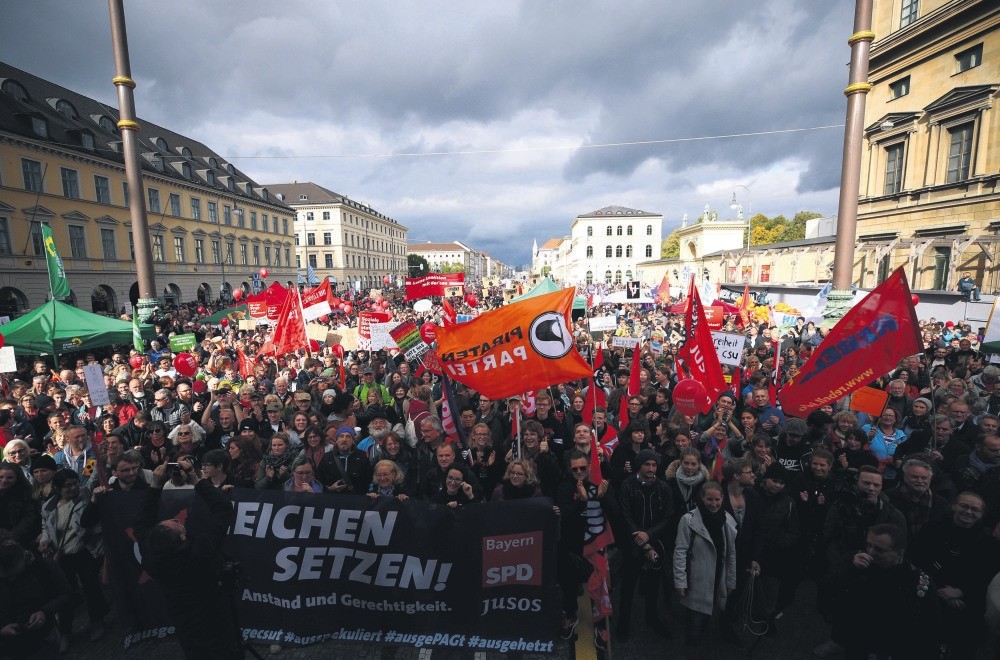 People protest against the use of hate speech, growing populism across Europe and the increase in right-wing political parties during a rally in Munich, Germany, Oct. 3, 2018.
by Melih Altınok Jan 03, 2019 12:00 am

The European states are in trouble with rising racism and populism and, what's worse, they have no single way to save themselves from this trap

In recent times, racism has peaked, particularly in Europe, spreading across the continent with right-wing populist parties coming to power or gaining power as the opposition. Any measures that have been taken so far have fallen short to prevent it; however, some mobilizations have managed to suppress rising fascism, just as in France. The young ex-banker Emmanuel Macron, for example, owes his presidential success to the anti-right bloc in the country, although he was depicted as Adolf Hitler by the French magazine Le Monde.

There is no doubt that the mass refugee influx after the Syrian civil war played the biggest role in triggering racist discourses in the world, especially in Europe. The Syrian issue, which has resulted in half of some 23 million people being forced to leave their homes, is one of the biggest demographic changes in recent history.

Europe, despite its current attitude toward Syrians, had been happy to welcome migrants or refugees in the post-World War II period, since the continent faced its lowest demographic reality, seeking to overcome challenges in those times. However, today, almost all European societies and states disfavor migrants. While European countries say "enough" to the "others," does their economic data say the same? The answer is simply no. The reason for anti-refugee rhetoric is something different from economic concerns. The high average age in Europe is enough to show how Europe is in urgent need of a young labor force. This is why Norwegian Prime Minister Erna Solberg has asked her citizens to have more children. In other words, the migrants, although they seem a burden to the European economy in the short term, will, in fact, be more than beneficial as a solution to the continent's structural problems, such as the aging crisis.

Nevertheless, European governments and decision makers, who are only attempting to save the day with temporary policies, have fallen into the populist trap. Only a few of them, including Germany, took a risk to find a solution-oriented mechanism by providing shelter to more than 500,000 Syrians.

Going forward, Europe is losing its competitive power against the United States and the Asia-Pacific states, which means that racism – a reminder of pre-1945 conditions – should be taken seriously by Europe. To solve the crisis, the only thing Europe is now supposed to do is to return to its universal vision and then revise it. For that, Europe can start by increasing cooperation with Turkey, which has decreased the continent's burden by welcoming almost 4 million Syrian people.

However, Turkey's significance is still being ignored by the EU, while Greece, a country that is responsible for sinking some refugee boats in the Aegean Sea, is seen by the same EU as a better partner than the refugee-welcoming Turkey.