Syria 'peace corridor' will relieve all of Europe 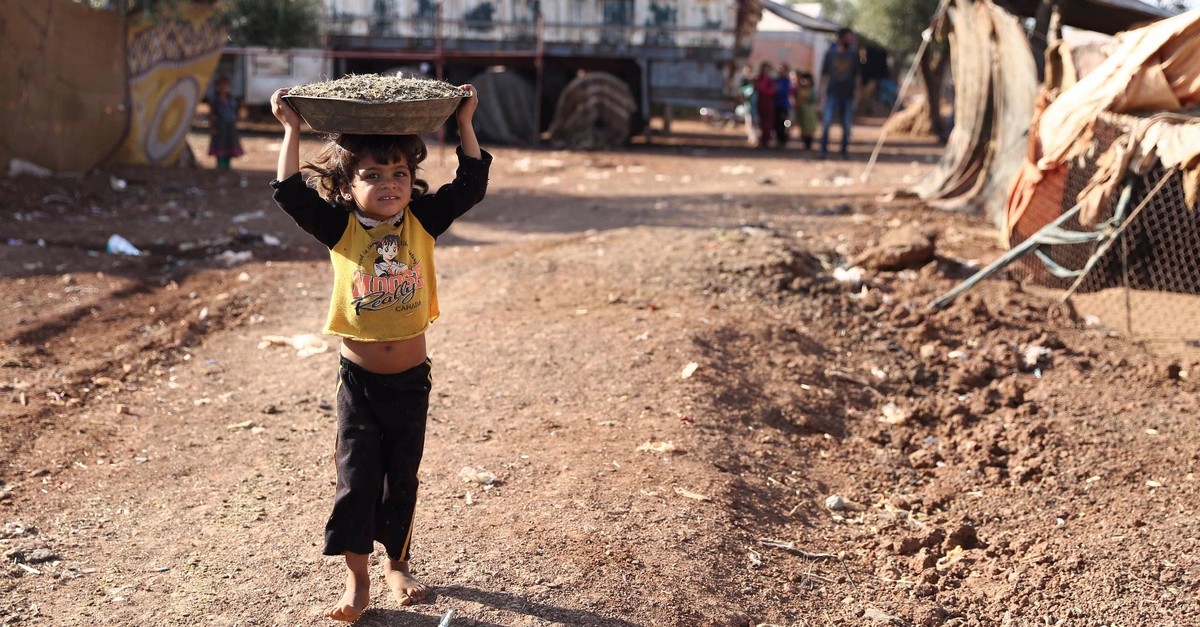 A Syrian child carrying a basket on her head walks along a footpath at a camp for displaced Syrians near the village of Shamarin, northern Syria, Aug. 5, 2019.
by Melih Altınok Aug 08, 2019 12:33 am

Even if it needs to be supported by long-term policies, the peace corridor plan in northern Syria has the potential to challenge existing terror threats and will contribute to establishing stability in the region

President Recep Tayyip Erdoğan announced last week that preparations were under way to open a "peace corridor" in northern Syria in an attempt to establish a safe zone in the region occupied by the People's Protection Units (YPG), the Syrian branch of the PKK terrorist organization. This area extends from the east of the Euphrates River to Iraq, covering 30-35 kilometers. East of the Euphrates River, there are settlements such as Kobani, Haseke, Qamishli, Raqqa and Deir el-Zour. There are U.S. and French troops as well as YPG terrorists in these areas. Once the safe zone is set up and the Turkish Armed Forces (TSK) ensures control, Ankara will initiate efforts to establish city councils. Then, a local government, which is aligned with the sociological and ethnic structure of the region, determined by Kurdish, Arab, Turkmens and other ethnic groups like in Jarablus, al-Bab and Afrin, will take office.

A local police and public order force will be formed. Thus, a significant number of Syrians fleeing to Europe, and Turkey, in particular, will return to their country. An important step will be taken toward the solution of the issue of Syrian refugees which upsets the political, economic and sociological balances in Europe.

Turkey wants to work with the U.S. in this process. President Erdoğan said that the U.S. and Russia have been informed.

U.S. Secretary of Defense Mark Esper said recently that any Turkish operation into northern Syria would be "unacceptable" and the U.S. would prevent unilateral incursions.

The reason for Esper's objection is the argument that Turkey's possible action would negatively affect the fight against Daesh.

Apparently, Esper needs to review his knowledge of the region.

Indeed, U.S. President Donald Trump, who appointed him to that office, announced a few months ago that Daesh was finished and that he planned to withdraw his troops.

Second, the Syrian Democratic Forces (SDF), which Esper said was fighting Daesh, and its component group the YPG, released Daesh terrorists in Raqqa and many other regions for ransom. In other words, the SDF, or YPG, no matter what you call it, are none other than terrorists who are the secular version of Daesh. Moreover, both of them are the perpetrators of numerous terrorist actions in Turkey. In short, Mr. Esper does not need to worry about us, who are the direct targets of terrorism.

Third, and most importantly, Turkey is a country that is home to nearly 4 million Syrian refugees and is fighting terrorism coming from the region. Therefore, it will not stop effectively exerting the right to self-defense arising from international agreements when necessary.

We wonder why Esper, who served as a soldier during the Gulf War in Iraq, which does not even have a border with his country, has difficulty understanding the concerns of Turkey which has a 900-kilometer border with Syria.

Perhaps the weapons companies he previously lobbied for are confusing him?