Can a terror group have a legal political party? 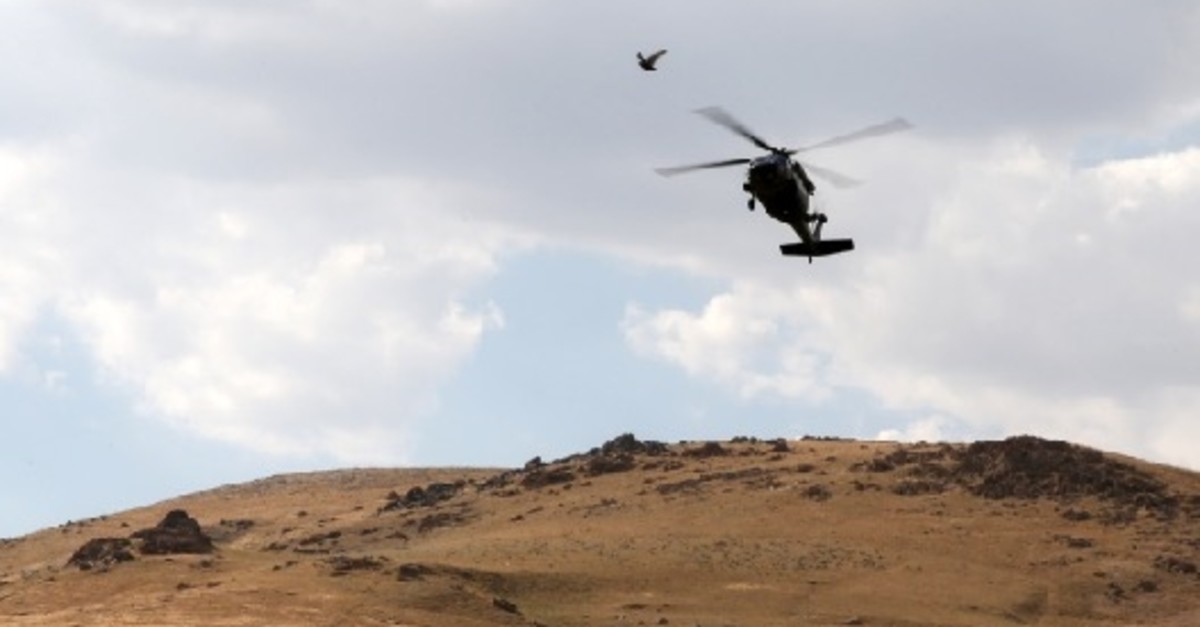 A Turkish military helicopter seen during a large-scale operation against the PKK terrorist organization in the mountainous areas of a district of southern Van province, Aug. 21, 2019.
by Melih Altınok Aug 22, 2019 12:57 am

Turkey has been discussing the judiciary's appointment of trustees for the municipalities of Diyarbakır, Van and Mardin, which were being ruled by mayors from the Peoples' Democratic Party (HDP). The HDP has, of course, responded to the development. They say that the judiciary appointing trustees and replacing elected mayors is incompatible with democracy. This principle, that is, the acceptance that whoever comes in via elections will go via elections, is actually a debate ended for Turkish democracy. After all, Turkish politics and Turkish people, who have long suffered from military coups against civilian political power, are very sensitive about the issue. For instance, one of the most important reasons why the opposition won the Istanbul Metropolitan Municipality after 25 years in the latest elections is this democratic sensitivity. The voters, by a large margin of votes, re-elected the opposition candidate who won the June 23 election, but was forced to return his election certificate after objections.

So, how on earth could the judiciary dismiss and replace popularly elected mayors in all three cities?

The allegations against the dismissed HDP mayors are grave. The municipalities allegedly transferred resources to the PKK, which is recognized as a terrorist organization by the U.S. and EU countries.

However, this is not the first time that such an accusation has been raised.

Many HDP local administrators have previously been tried for illegally transferring their resources to the PKK. It has also been repeatedly confirmed by the judiciary that HDP municipalities assisted via official means PKK terrorist attacks that killed dozens of civilians and security officials.

Moreover, the HDP uses its relationship with the PKK as a repository of votes in elections, let alone rejecting organic ties with the terrorist organization.

It is also no secret that the party's candidates in general and local elections have been identified by the PKK. Ask any HDP politician and you will see not even one of them can say he was elected despite the PKK. All parties founded by the PKK, until the HDP, have been closed on these grounds. The reason why the HDP can still remain open is due to a reform carried out in the Justice and Development Party (AK Party) era. In the era of President Recep Tayyip Erdoğan, who previously initiated the Reconciliation Process to bring a political solution to this question that has been in place for 40 years, legal arrangements were made to make it hard to close parties. Based on the principle of the type of crime, the trial of politicians who acted against the law, not the parties, was brought.

So, it is not enough to discuss the issue through the three municipalities today.

The limits of politics in Turkey, whose constitution says it is a "democratic, secular and social state of law," should be discussed clearly. A principle that is politically and legally binding should be set and declared in this regard. In short, its own presence should be the subject of debate before the municipalities of the HDP, which still operates as the legal wing of a terrorist organization that continues to shed blood.

The Venice Criteria, which forms the basis for practices in many European countries (Spain, Austria) and which considers systematic praise of violence one of the reasons for party closure, stands out as an important guide for us.

This clarification will raise the level of democratic and civilian politics. As in the recent case, this will also avoid harming the will of the electorate that votes for parties the state allows to take part in elections.