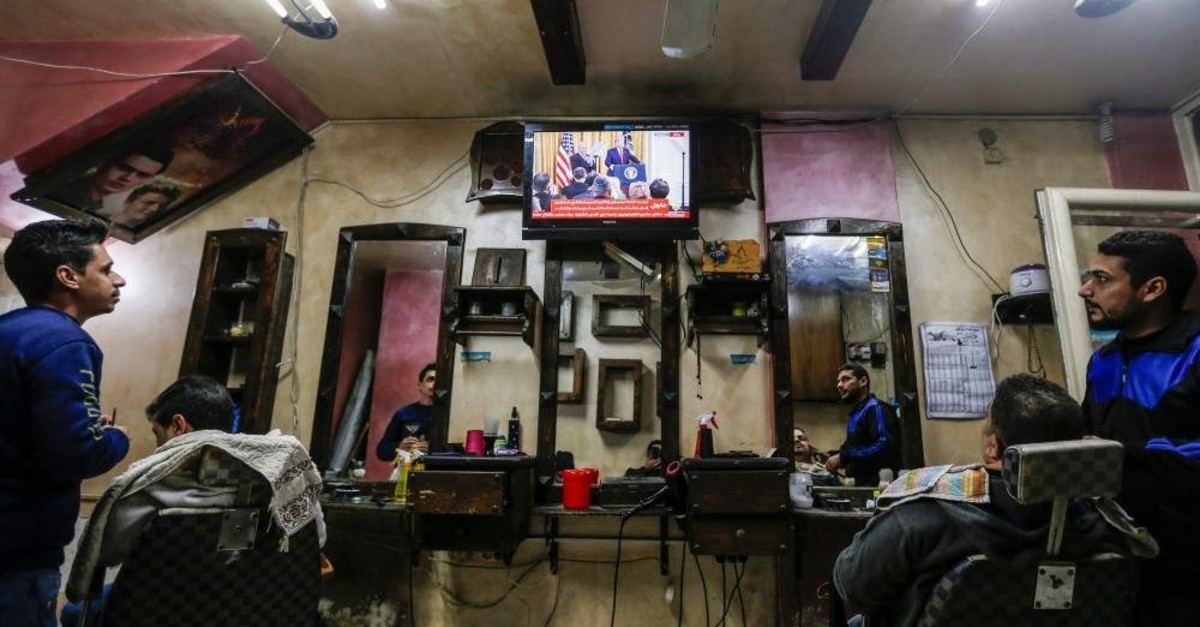 U.S. President Donald Trump doubled down on his revisionist foreign policy ahead of this year's presidential election, announcing a new "peace plan" in the making at a joint press conference with Israeli Prime Minister Benjamin Netanyahu.

On Tuesday, Trump tweeted about the controversial plan in English, Arabic and Hebrew. A map, which he attached to his messages, reserved a small piece of land in East Jerusalem for the Palestinian people. Trump added that Muslims would have to obtain a permit to enter the Al-Aqsa mosque.

The main features of Trump's plan are as follows:

• Jerusalem will be Israel's undivided capital.

• The plan will establish a new State of Palestine with East Jerusalem as its capital. Trump claims that his plan will double the size of Palestinian lands.

• No Israelis or Palestinians will be displaced.

• Israel won't touch the territory that Trump reserved for Palestinians for four years. During this period, the Palestinians will be expected to negotiate with Israel and work towards meeting the criteria for independence.

• Israel will work with Jordanian King Abdullah II bin Al-Hussein to preserve the current status of holy sites including the Al-Aqsa mosque and the Temple Mount.

• The plan will create jobs for almost a million Palestinians. A $50 billion initial investment will kick-start the new Palestinian state's economy. This stimulus is expected to double – and possibly triple – Palestine's GDP.

Netanyahu described Trump's plan as a "realistic path to a durable peace" and announced that over 4 million Palestinians who currently live in other places would be denied the right to return. He added that Abu Dis, a Palestinian village in the outskirts of East Jerusalem, could serve as the new Palestinian state's capital.

Palestinian President Mahmoud Abbas, one of the American-Israeli deal's potential parties, called the Trump plan a "conspiracy" and stressed that "Jerusalem is not for sale."

Hamas spokesman Sami Abu Zuhri described the plan as "nonsense" and woven to resist Washington's efforts: "Trump's statement is aggressive, and it will spark a lot of anger. Jerusalem will always be a land for the Palestinians."

With the exception of British Prime Minister Boris Johnson and puppet regimes like the United Arab Emirates, no one seems to be on board. Turkey and other regional players are opposed to the so-called "Deal of the Century." Everyone agrees that the most reasonable solution is a return to the 1967 borders between Israel and Palestine.

The United Nations and the European Union, among others, reiterated their commitment to a two-state solution in response to Trump's announcement.

To be clear, the Trump administration did not consult with other global players, such as Russia and China, before unveiling the controversial plan. The United States is unlikely to enjoy NATO's support on this issue either.

The only card in Trump's hand is his promise to generate wealth for Palestinians. In other words, the U.S. president tells the Palestinian people that they won't reach their national goals and suffer economic setbacks if they refuse to comply.

The lesser of two evils, as it were

In the past, failed "peace" plans triggered violent uprisings and caused plenty of bloodshed. The memory of what happened after the 2000 Camp David Summit is still fresh.

Let us hope that this half-baked deal, which Trump hopes to close by the 2024 U.S. presidential election, won't serve to deepen the existing chaos. After all, its chances of success are extremely slim.