Why is the PKK a bigger threat to Turkey than ISIS? 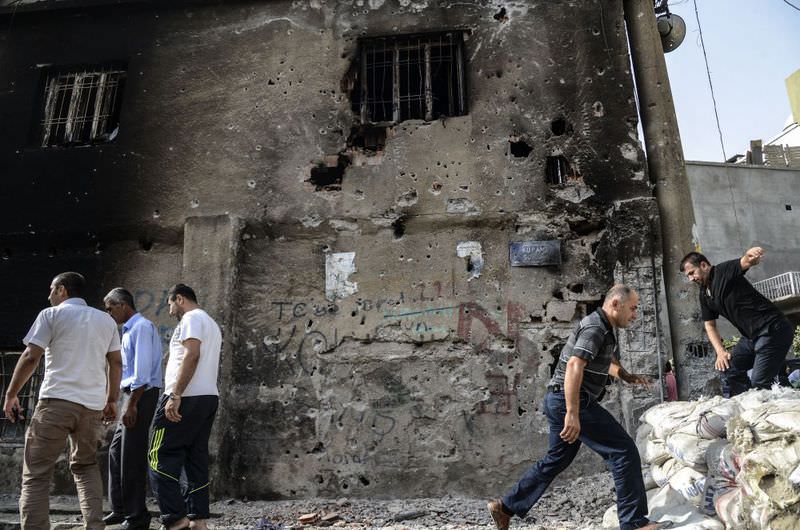 The PKK's increasing terrorist attacks in southeastern Turkey after the June 7 elections continue unsettling the people in the region.
by Merve Şebnem Oruç Sep 16, 2015 12:00 am

With the PKK's increasing and active terrorist attacks on security officials and civilians, solving the PKK problem becomes the priority for Ankara despite seeing and knowing the possible threat of ISIS in the region

The answer to the question in the title is simple for almost all of the people in Turkey, while the question itself is too ridiculous to ask for many. However, people around the world who do not follow Turkish or regional politics closely find it odd, even illogical, when they see it in headlines.

Well, if it was asked who was more brutal or who uses more violent methods in the crimes they commit, the answer would, of course, be the Islamic State of Iraq and al-Sham (ISIS) for most Turkish people as well. Again, if it was asked whether they would prefer to see ISIS inside Turkey instead of the outlawed PKK, they would say no. But currently, the PKK problem comes first since it is actively threatening Turkey's national security. That is why the majority of the population says Turkey should fight the PKK more intensely than it does ISIS. This does not mean that they do not see ISIS as a terrorist organization. According to them, the PKK is actively and directly targeting Turkey at the moment, so it is the top priority.

We should admit that Ankara could not explain itself to the world, as it needs to. Against a huge media campaign targeting President Recep Tayyip Erdoğan that Ankara has been facing, the efforts of the government were weak; the way of expressing itself was not good. I also find Ankara's way of explaining its fight with the PKK lacking. Initiating the Kurdish-Turkish reconciliation process in 2012, Ankara started talks with imprisoned PKK leader Abdullah Öcalan to negotiate the terms for a permanent peace. While the PKK, a listed terrorist organization, has found an opportunity to make an appearance in the international arena after its fight against ISIS starting in 2014, Ankara should have been more cautious and taken measures against a potential breach. In addition to that, Ankara should choose its words more carefully while explaining why the PKK issue is a priority for the public, especially in a time that everyone is talking about ISIS and its shocking brutality. Yet still daily reports regarding PKK killings of Turkish security officials and civilians should give a clue.Since July the PKK has killed around 120 security officers and scores of civilians. "Turkey is on the brink of a civil war," is one of the latest descriptions of the situation from Peoples' Democratic Party (HDP) Co-Chair Selahattin Demirtaş, whose party is close to the PKK. Leyla İmret, the former co-mayor of Cizre, a district in Şırnak that was under curfew for more than a week, recently told Vice News: "We can say we have a civil war in Turkey." The words "civil war" are enough for a state to prioritize a problem. The violent PKK attacks in Turkey that happen almost every day make the outlawed organization a bigger threat to the country's national security than other regional threats.

Nobody says ISIS is not a threat to Turkey. Ankara has already been in a cold war with ISIS for almost two years and it joined the active fight against the brutal group two months ago. But the current internal threats and the daily killings of its people by the PKK lead Turkey into trouble and great sorrow. A conflict happening at the moment is, of course, the top priority for Ankara and for the people of Turkey compared to all other regional threats.
Last Update: Sep 16, 2015 2:16 am
RELATED TOPICS