Plan A and plan B for Syria 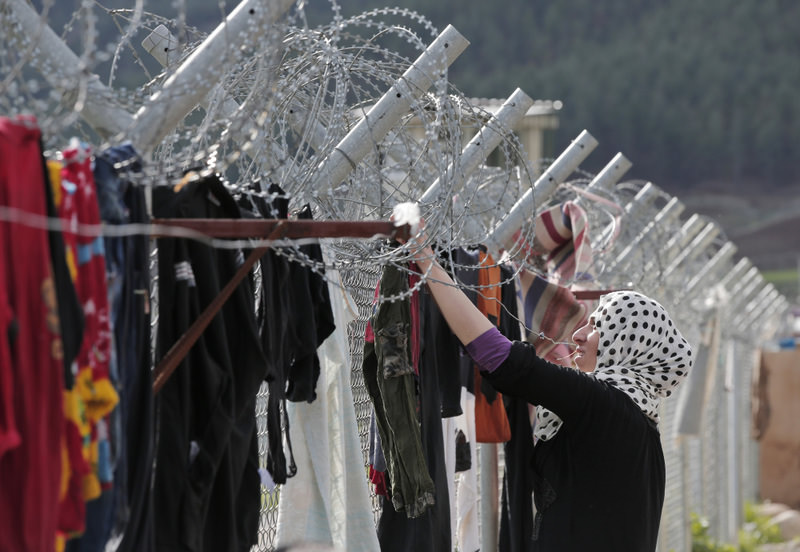 A Syrian refugee hanging clothes to dry on a barbed-wire fence at a camp for Syrian refugees in Islahiye, Gaziantep province, southeast Turkey. (AP Photo)
by Merve Şebnem Oruç Mar 19, 2016 12:00 am

At the end of five bloody years, there are signs that a new period is starting in Syria. It's not certain yet; we still don't know if it will be better or worse, but we have started to see some wiggling. It looks like the superpowers have made or are close to a joint decision on behalf of the Syrians who had asked to rule themselves and poured into the streets with demands of democracy. The "cessation of hostilities" declared by the superpowers is in its third week. Many were not optimistic that it would work, but frankly, there is a serious decline in clashes when compared to the violence that escalated, especially after the start of Russia's direct involvement, although there have been reports of several violations.

Well, what is next for Syria? The answer to that question is directly related to the answer of another question: "What kind of Syria is in the superpowers' mind?" At the end of January, the Financial Times published a story on the background of the death of Colonel-General Igor Sergun, the director of Russia's GRU military agency on Jan. 3, and said, "Sergun was tasked to deliver to Damascus the message that 'the Syrian dictator's most powerful international guardian,' Russia, was thinking it was time that Bashar Assad move aside." Assad angrily refused, the paper said. In fact, it was not the only report recently claiming that Russia was ready to let Assad go.

Russia propping up the regime in Syria is of higher priority than Assad's presence. In Russia's eyes, Assad does not even have as much value as the Baathist generals maintaining ties with Moscow. That means that protecting the Alawite regime is more important than Assad, the dictator himself, in terms of Russia's interests. Saudi Arabia, which states at every opportunity that Assad must go, made no comment regarding other elements of the transition process, and furthermore, Moscow itself announcing that Riyadh welcomed the cease-fire, indicates that an agreement has been reached, or is near, between the two countries. However, this is not something that can be easily embraced by Iran or Hezbollah as well as Assad. Unlike Russia, for Iran, the presence of Assad in Syria is extremely important for its own interests. As Assad has almost become a puppet of Tehran, Iran is even able to command regime troops on the ground, pulling all the strings. For Iran, the existence of a military bureaucracy in Syria loyal to Moscow but Assad leaving means leaving the strings entirely to its ally, Russia, in the country where Iran has lost too much money and energy as well as many soldiers in the last five years.

sident Vladimir Putin's statement that Russian soldiers will be withdrawn from Syria should be approached in this respect. Russia operated in Syria for its own interests, now it wants to protect those same interests. Russia's partial withdrawal from Syria can be read as a warning to Assad, Hezbollah and Iran with the message: "Abide by the plan or I will completely withdraw my support." Meaning that if Assad insists on staying despite Moscow, he will lose the chance of asylum that Putin hinted at two months ago and will have to stand before the International Criminal Court all by himself. Actually, it looks like Putin already got the desired result with this move, as comments from the Iran and Hezbollah side indicate that there is panic since the withdrawal announcement by Russia.

So, it looks like the first Syria plan agreed to by the superpowers would be a solution where Assad goes and the Baath regime stays, with a negotiation process with the opposition parties chosen by Russians and Americans for the transition process. In case this is provided, everyone will unite and fight against DAESH and al-Nusra, and those who don't conform to the plan will be declared a terrorist and will become the enemy in the post-Assad period. However, there is nearly no inside support for this forced plan. Assad doesn't want to step aside. The opposition believes that Assad going, yet leaving the Baath regime behind is insufficient. And it doesn't look like the Democratic Union Party (PYD), the PKK's Syrian affiliate, will accept anything less than a federate Syrian state. In this respect, Israeli Defense Minister Moshe Ya'alon's words are important: "There is no way to unify Syria. Let's find a way to have a kind of federation of whatever with those who agree to have a kind of federation and then fighting the other over whatever.

"We already have 'Alawistan' led by Bashar Assad. ... We have Syrian Kurdistan already. You know, Turks in the north are not happy with it, but at the end there is Kurdish autonomy in Syria," he said, noting that there might also be Druze autonomy.

This approach, which has been made public to this extent for the first time, might coincide with the plan B that the U.S. recently referred to, yet has not been disclosed. Besides, there are quite a few takers for this approach. However, this concerns not only Syria but also Turkey's future too. An autonomous PYD area, or a PYD state, will set blaze PKK terror attacks in Turkey, even if the Turkish state is successful in its fight against terror today.