Is Turkey changing its Syria policy or shifting its priorities? 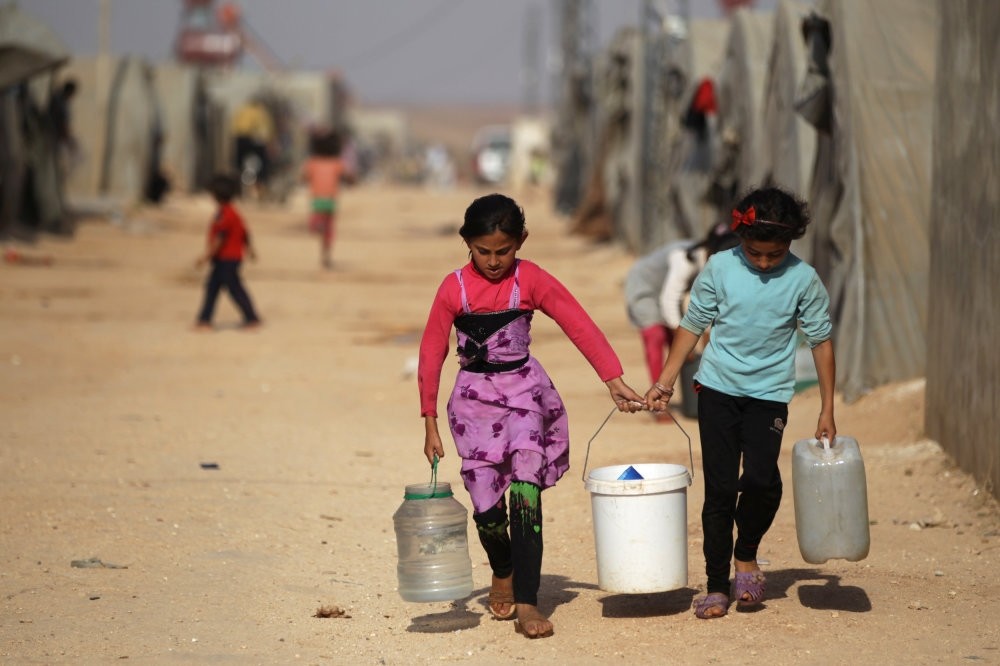 While both physically and psychologically under attack by the Assad regime, DAESH and the PKK, other regional actors also force Turkey diplomatically

After five bloody years in Syria, dictator Bashar Assad is still in power thanks to the ignorance of the U.S.-led coalition countries and all forms of help he got from Iran, Russia, Hezbollah and Iraq. Not only that, but Syria has been divided into several zones under different forces' control. The Assad regime has not remained the one and only threat in Syria, as it paved the way for DAESH barbarity.

Sharing a 800-kilometer border with Syria, Turkey has inevitably been one of the most affected and most engaged countries in its neighbor's civil war, as it hosts more than 2.5 million refugees who have fled their war-torn homeland. Despite all the threats, Turkey has not dropped its humanitarian policy on Syria. There was a heroic beauty in it, but it came with a price. Many of Turkey's internal matters led to unrest, such as the 2013 Gezi Park uprisings, the Dec. 17 and Dec. 25 coup attempts by the Gülenists or PKK violence following the battle for Kobani in 2014, were directly or indirectly related to Syria. As Syria's displaced population has become a victim of the Arab Spring, Turkey, which was previously a model for Middle Eastern countries, has turned into a scapegoat regarding Syria. President Recep Tayyip Erdoğan, who was prime minister during the first three years of the Syrian civil war before he was directly elected president in 2014, was the primary target of global powers and regional players, as he refused to change Turkey's humanitarian Syria policy while a new anti-Erdoğan way of doing politics, a new form of opposition, emerged in Turkey.

As the Syria problem remains far from a solution, it has also started to affect Turkey's relations with other countries. Having all-around relations from the West to the East before that, Turkey has been pushed into a position that the president's spokesman referred to as "precious loneliness." Changing its Syria policy in 2013, the U.S. created distance between Ankara, which resisted following the policy change unlike the Western and coalition countries that quickly adopted the U.S. policies. In fact, Turkey was not losing friends, as has been claimed, however; the U.S. was decreasing the number of its friends. Ties between Turkey and Saudi Arabia, which had soured after the Egyptian military coup, have been repaired, and Turkey has not closed its door to Iran despite its neighbor's aggressive domination strategy in the region. The Turkish Air Force's downing of a Russian Su-24 jet that violated Turkish airspace in November 2015, however, started a crisis between Russia and Turkey.

Meanwhile, as a result of a lack of intervention, inter-conflicts and wars within the civil war have surpassed the primary issue. Taking precedence over the basic matter, DAESH became a catalyst fueling the desire of the PKK, which is listed as an armed terror organization by Turkey, the U.S. and EU, to form an independent state. The Syrian PKK affiliate Democratic Union Party (PYD) gained the support of the U.S. and the EU despite warnings from Ankara. Gaining power in Syria, the PKK started to threaten Turkey again, ending the two-and-a-half-year cease-fire in 2015, this time more aggressively.

One of the current hot topics is whether Ankara is changing its Syria policy. In fact, Ankara's priorities concerning Syria have changed a couple of times in the last five years based on the increasing threats. Ankara first asked Assad to make reforms until it understood that he would never stop killing his own people. Then the Assad regime became the primary threat to Turkey in 2012-13, then DAESH in 2014 and then the PKK in 2015-16. Ankara's statements showed these priority changes every time.

Changing tactics due to changing conditions or making cyclical priority changes are inevitable in such a long-term, complex conflict. However, not even one of the abovementioned three can be a permanent choice for Turkey. It seems, though, that the U.S., which put these three carrots one after the other in front of Turkey and locked it in a labyrinth, is not tired. It is clear that Ankara is now being forced to choose one of these three tools of blackmail. Will Ankara choose Assad or the PKK and continue to run around in the labyrinth or will it say enough is enough and take the risk of a new series of attacks full of accusations with no credible grounds such as that Turkey supports DAESH. Or perhaps, Turkey will patiently convince others that have become tired of the U.S.'s regional designs while putting its fights with the obvious trio in a row. We will see.