'Divide Syria, divide Middle East' policy of the US: A conspiracy theory or truth? 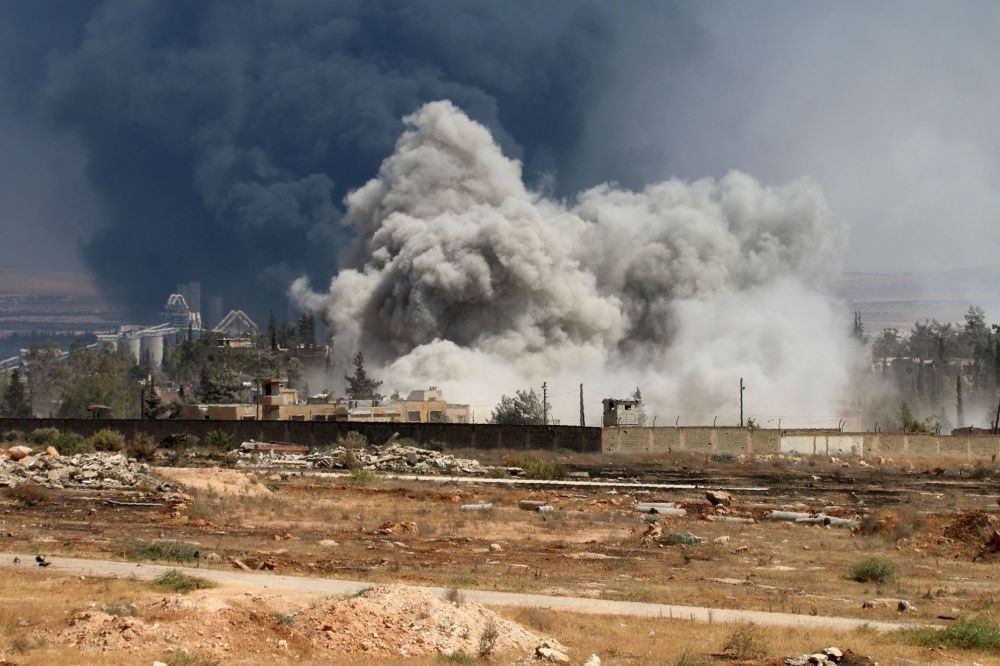 What's happening today in the Middle East is not simply falling apart. The region is taking a whole new shape

In the last years, many historians and policy makers have been citing the Thirty Years' War, which broke out in Europe during the mid-17thcentury, as a parallel in discussions about the Middle East. They say that the conflicts in the Middle East, including the occupation of Palestine, civil wars in Syria, Iraq and Yemen, counterrevolutions after the Arab Spring and all the chaos, resemble the separate but interconnected conflicts between the camp of the pope and the Catholic church on one side, and the camp of Martin Luther, John Calvin and the reformist Protestants on the other. Making an analogy between today's Middle East and Europe back then is not so hard as the latter was in the heart of Europe, inside the German states, just as in today's war it is Syria, the core of the Middle East. The 30 Years War was not only about religion, but also a political struggle just like current Middle East conflicts. It was bloody and devastating, and there were millions of refugees in Europe, as well. The German states invited outside intervention, and instability then spilled over through the borders. Syria is a stage where regional and global powers already have taken position, and the chaos started to spill outside Syria a long time ago.

Drawing a parallel between then and now due to such similarities, foreign policy practitioners like Henry Kissinger, the former secretary of state of the U.S., one of the most controversial figures in U.S. politics, offers a solution to end the present Middle Eastern conflicts: A new world order, or simply Westphalia 2.0. In his book "World Order," published in 2014, Kissinger brings up a model for the new world order exemplifying the so-called Westphalian peace negotiated in Europe at the end of the 30 Years War. Put simply, he says various Christian groups had been killing each other until they understood that they had to live together, but in separate units. According to Kissinger, there was no winner or loser due to this agreement; it came after almost a quarter of the central European population perished because of wars, disease and hunger. Comparing this with the contemporary world and in defense of the Westphalian peace, Kissinger says, "A multiplicity of political units, none powerful enough to defeat all the others, many adhering to contradictory philosophies and internal practices, in search of neutral rules to regulate their conduct and mitigate conflict;" a defense based on "the necessity to come to an arrangement with each other, not on some sort of superior morality," bringing "a balance of power that we are missing today."

Kissinger, whose name is enough to make a non-American's blood run cold, once again does not miss a chance for a strategy that will eventually design the world in parallel with U.S. interests. He simply avoids using the term Sykes-Picot, but what he offers to the Middle Easterners is exactly a Sykes-Picot 2.0 kind of fragmentation, deviously attempting to sweeten the horrible idea by giving Westphalia treaties as an example.

As a matter of fact, the Peace of Westphalia signed in 1648, did not bring peace throughout Europe, but provided a basis for national self-determination and a new system of political order in central Europe. The winner was nationalism and secularism. Also called Westphalian sovereignty, it was based upon the idea of the sovereignty and secularity of nation-states. As Western influence spread across the globe, these principles formed the core of international law and the world order. With the Peace of Westphalia, nationalism defeated the Holy Roman Empire; however, in time, it paved the way for the Napoleonic Wars first and then two world wars, which devastated Europe for centuries and killed tens of millions. The need for dialogue followed by the necessity to be united and a European integration was accepted as an antidote to the untethered extreme nationalism, which had ruined the continent. If we make an analogy between today's Middle East and Europe in the mid-17th century, then we should take into consideration the aftermath of Kissinger's offer for a permanent solution. If we think Kissinger is right, get ready to be divided; a new fragmentation in the Middle East can bring a whole new level of regional wars, which can eventually be the starting point of another world war in such a globalized world as happened in Europe.

What's happening today in the Middle East is not simply falling apart. The region is taking a whole new shape. But the cure for the sickness of the Middle East is not in the new states and new borderlines as Kissinger suggests. On the contrary, his offer can unleash a century-long hell. Let's hope Kissinger's ideas do not shape Washington's foreign policy this time. However, it looks like regional powers and players have lost their confidence in the U.S., and some are making moves against this terrifying possible agenda. One of them is obviously Turkey, as the Euphrates Shield operation launched by the Turkish military in Syria last week against DAESH, the terrorist group that is seen as a carrot to reshape the region by Washington, is a sign that Turkey, a NATO-ally of the U.S., is determined to keep Syria united to keep the rest united.
RELATED TOPICS