What will Washington's choice be in northern Syria? 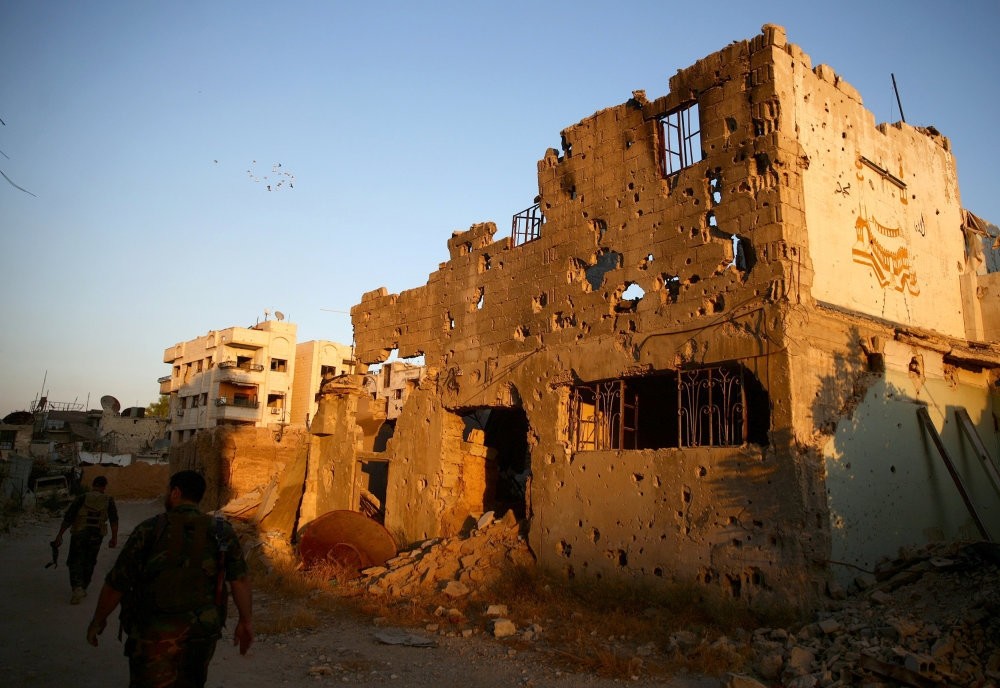 The very complicated situation in Syria can become more complicated in the near future - unless the U.S. sees its mistakes in the region, stops making new designs using terror groups as proxies and decides to choose the right path

On the 10th day of Operation Euphrates Shield, launched by the Turkish Armed Forces (TSK) against DAESH in northern Syria across the Turkish border, the second critical phase started. After Free Syrian Army (FSA) fighters along with Turkish troops and armored vehicles took control of Jarablus, a strategic city in the Aleppo governorate, and some 15 towns around the city, they crossed the border into Syria from yet another location, opening up a new front and entered the town of al-Rai. During the first phase, Turkey cleansed an area some 20 kilometers to the west and 25 kilometers to the south of Jarablus, which is located to the west of the Euphrates, of DAESH elements. This time they advanced from al-Rai toward the east to reach the other frontline and took the area between the two frontlines from DAESH. In less than 24 hours, the mission succeeded.

The goal to cleanse the 90-kilometer Azaz-Jarablus line in Syria across the Turkish border from terror groups to guarantee the border security of Turkey has been on the table for a long time. Long before the start of Operation Euphrates Shield, the Turkish Army was pounding DAESH positions with howitzers, assisting the FSA fighters. The Jarablus operation was actually the second stage in terms of clearing the goal in question, which makes the al-Rai operation the third.

So far, it has been quick and fast, as expected; however, things can get thorny after this point as some questions on the ground are now emerging. First, will the Turkish-backed groups march towards the south from Jarablus to Manbij, the city captured by the People's Protection Units (YPG), the armed wing of the PKK's Syrian affiliate, the Democratic Union Party (PYD), since the west of the Euphrates has been Turkey's red line? Second, will the PYD abandon its goal to establish a statelet in northern Syria, which will start with a PYD corridor across the Turkish border or will they try to make it a bit further away from the border even though Turkey has been harshly opposed to the idea of a divided Syria since the beginning? For example, will they advance from the Afrin frontline to the east or from the Manbij frontline to the west to connect the Afrin and Kobane cantons and establish the abovementioned corridor? With regards to the first question, U.S. President Barack Obama told President Recep Tayyip Erdoğan during the G20 summit in China that the YPG militants were leaving Manbij; however, Turkish sources on the ground deny this claim. The latter issue is mostly related to the U.S.'s reaction as well; yet it has given a clue that recently the YPG reportedly tried to advance from both Manbij and Afrin to al-Bab, a strategic city 30 kilometers from the Turkish border in Aleppo province, which is in the middle of both areas and currently under DAESH control.

More importantly, how could the U.S.-backed YPG fighters and the U.S.-led anti-DAESH coalition - supported by at least 50 countries - fail to cleanse DAESH from northern Syria even though they have fought for more than one and a half years, while Turkish-backed FSA fighters accomplished the mission to liberate the borderline in less than two weeks? The Obama administration has kept alleging that the most organized fighting forces on the ground in Syria were the YPG militants until now, showing its displeasure with the FSA so they had to cooperate with the PKK-linked group. However, the last two weeks proved that it wasn't true. Also, as is known, the Pentagon has been providing unlimited support to the YPG, while the CIA has been backing the FSA in a very limited way, which could only help the FSA fighters survive. Another question: What will happen if the Pentagon-backed YPG and the CIA-backed FSA confront each other one day, which has recently become a big possibility.

All those raise concerns about the U.S. strategy in Syria once again. Is it a matter of miscalculation or does Washington have a hidden agenda?

If the YPG militants continue to threaten Turkish forces in Syria, Turkey will not hesitate to make a move against the U.S.-backed terrorist group, which is directly linked to the outlawed PKK. Then the U.S. will be forced to pick a side: Either they are with the PKK in Syria or their NATO ally Turkey just like it has to do the same with regard to the plotter of the failed coup attempt in July, the Gülenist Terror Group (FETÖ), whose leader has been living in the U.S. for about 20 years.

It is clear that the fight in northern Syria, which is likely to be long lasting, is not going to remain between Turkish-backed FSA and DAESH or the YPG. After a certain point, the U.S. will have to become involved, making Russia more active again. And it is not that difficult to guess that eventually, the bloody Syrian regime and its long-time supporter Iran will not remain outside. In short, the very complicated situation in Syria can become more complicated in the near future - unless the U.S. sees its mistakes in the region, stops making new designs using terror groups as proxies and decides to choose the right path.
Last Update: Sep 08, 2016 1:24 am
RELATED TOPICS