EU has to re-evaluate US control over Europe 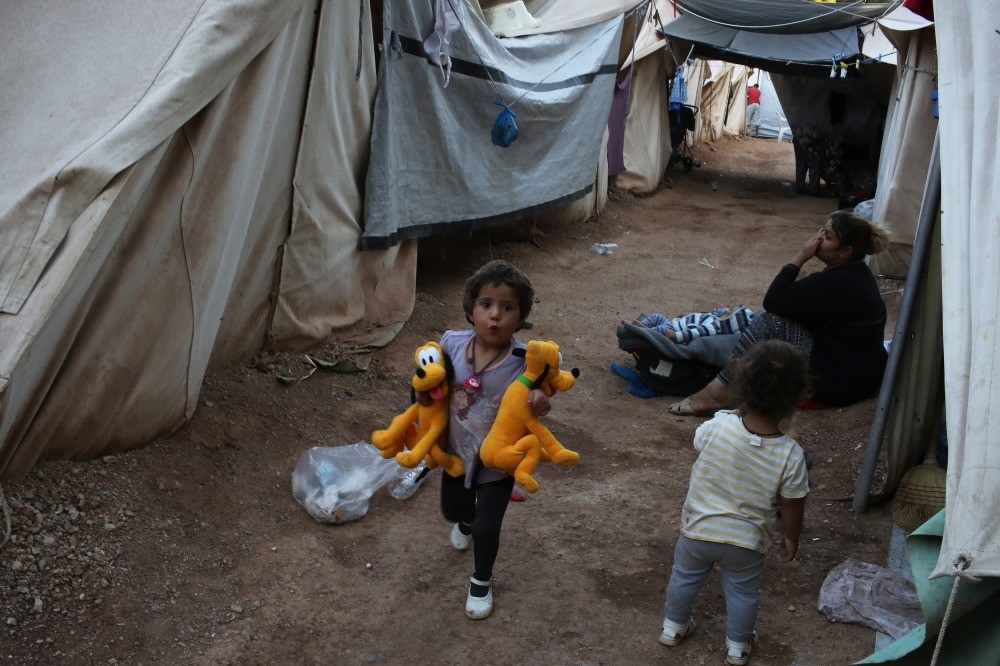 The EU has to reevaluate if it was the right decision to tail after Washington unquestioningly three years ago. Was it worth it to come to this point by leaving all the control to Washington?

When U.S. President Barack Obama's administration decided to make a U-turn in Syria in 2013, the British and French governments were considering sending weapons to Syrian opposition fighters, arguing that a failure to do so would not only further empower Bashar Assad but also turn the ongoing civil war into a humanitarian catastrophe that could eventually affect Europe. However, Washington changed its Syria policy, and Europe followed in its footsteps. Britain and France somehow managed to abandon the idea of lifting the EU arms embargo on Syria, which would allow supplies to be sent to opposition fighters, but it took time for them to tolerate Assad's crimes even though they started to put emphasis on the fight against DAESH and deliver tons of weapons to Syria as supporters of the U.S.-led DAESH coalition.

France, for example, on many occasions sought a U.N. resolution over human rights violations and the use of force against civilians by the Syrian regime as well as chemical attacks, but for years faced the vetoes of Russia and China. Although French President François Hollande still says Assad must go, his voice isn't as strong as before. Multiple terror attacks in Paris, starting with the Charlie Hebdo shooting in January 2015, forced him to join the silent crowd. Meanwhile some left and right-wingers in European parliaments did not hesitate to show their support to Assad, exploiting DAESH to whitewash the Syrian regime's crimes, which led to a rise in Islamophobia, xenophobia and racism in Europe. While racist campaigns increased during election periods, the huge influx of refugees in 2015 made things worse, and anti-immigrant radicals gained enormous popularity. Terror threats and security concerns brought measures including limitations to freedoms and rights, which consequently caused freedom of movement in the EU to be questioned. The EU-skeptics started to defend national sovereignty more than ever, using the rise of border security issues and protectionism as a tool. And in 2016 the unexpected happened. The U.K. decided to leave the EU in a referendum, which is feared will trigger a domino effect for the rest of the members of the union. The EU, which hasn't experienced such a rise of EU skepticism even during the eurozone debt crisis that was intensified in early 2010 after the global financial crisis started with the bursting of the U.S.-housing bubble, has found itself on the verge of dissolution.

In the meantime, EU-Turkey relations were affected negatively, too. Turkey's EU membership progress was locked in a vicious cycle of recrimination over the skidding accession negotiations. When the Gülenist Terror Group (FETÖ), which had infiltrated the Turkish state apparatus, started to increase chaos and unrest in Turkey, critical issues like democracy, civil rights and freedoms in Turkey were misrepresented and used to sabotage the dialogue between Turkey and the EU. Brussels was preoccupied with the eurozone, the rise of the far right and growing EU-skepticism, and Turkey was trying to deal with the circumstances caused by the Syrian civil war, which started to spill over throughout the devastated country's borders. So one's problems were not high on the other's agenda. However, after the U.S.-led DAESH coalition decided to give full support to the outlawed PKK's Syrian affiliate the Democratic Union Party (PYD) as an ally in the fight against DAESH, the PKK has started to find a safe haven and open offices in the capital cities of Europe, which made Turkey furious. In addition to that, the European media has been ready to buy the FETÖ and PKK black propaganda against Turkey, and sell it to European readers. An Erdoğan-phobic psychosis started to grow apace in Europe. Yet the European leaders found themselves knocking on Turkey's door as a result of the panic caused by the arrival of more than 1 million Syrian asylum seekers in Europe in 2015. It was a matter of realpolitik for Europe, so Turkey's approach was going to be the same. According to the deal reached in March, in exchange for the EU's backdating of visa-free travel for Turkish citizens, 6 billion euros in aid for refugees and reviving talks on Turkey's membership to the EU, Turkey was to take back the refugees heading to Europe.

The EU immediately started to ship back the refugees under the pact, but even the 100 million euros said to have been released by the EU hasn't reached Turkey, which alone has spent more than $10 billion for the refugees so far, not to mention the no-progress over visa-free travel. In addition, Turkey felt very disappointed with the lack of the solidarity from EU leaders after the July 15 failed coup attempt. It took at least 40 days for the EU leaders to make up their minds and visit Ankara. The traffic between Ankara and the EU capitals started to increase recently, especially after Turkish troops and Special Forces launched the Operation Euphrates Shield against DAESH backing the Free Syrian Army forces. The Syrian borderline across Turkey was cleansed of all DAESH elements in less than 15 days, while the U.S.-led coalition, which was supported by at least 50 countries spent billions of dollars, couldn't make significant progress against DAESH for more than one and a half years in Iraq and Syria, raising once again the question of whether Obama's Syria policy was a failure. While Turkey now emphasizes that it will tear up the refugee deal unless the EU keeps its promises, and starts to set up a safe zone in Syria where there will be no fighting and that could help stem refugee flows, the EU has to reevaluate if it was the right decision to tail after Washington with no questioning three years ago. Was it worth it to come to this point by leaving all control to Washington?
Last Update: Sep 15, 2016 12:04 pm
RELATED TOPICS