A Raqqa plan in the making 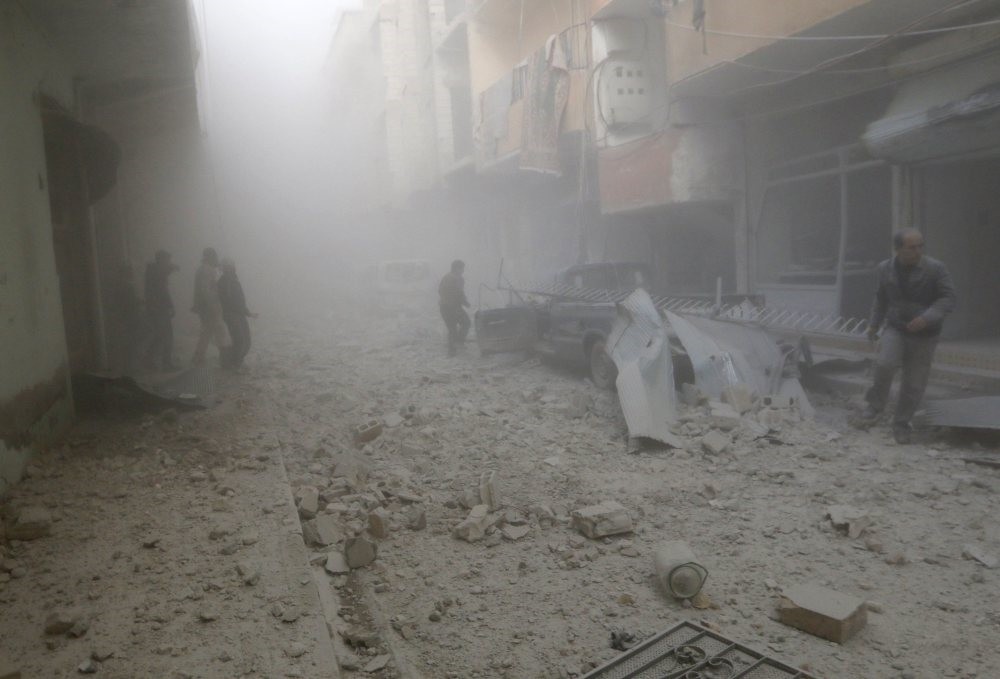 The new U.S. President Donald Trump is the last unwanted man in the West. It has been only a month since he took office from Barack Obama but he has already started to endure difficult days. A new scandal, legal challenge, personal drama, family issue or questions about his characteristics pop up in the American mainstream media almost every day, challenging the early days of his presidency.

The latest victim in the battle between Trump and the U.S. establishment was the National Security Advisor Michael Flynn, who had to resign following leaks of conversations between him and Sergey Kislyak, Russia's Ambassador to the U.S. The language of the media is attention grabbing; it's almost impossible to hear the tone of hatred. Think about that; at least five reporters work on a New York Times report after the resignation of the former three-star Army general and director of the Defense Intelligence Agency, and they start writing the story saying that he was "grilled" by FBI agents as if they cannot hide their excitement over the victory. And it is remarkable to see that no one in the U.S. media appears to have asked the most important question, "Why did the FBI eavesdrop on Flynn?"And this is not all. Being punched during the everlasting attacks, Trump seems to be taking steps backward to gain some time. Under increasing pressure over his administration, especially with regards to its relationship with Russia, he recently tweeted that the Crimean peninsula was taken by Russia, suggesting that Obama was "too soft" on Russia over its annexation of Crimea. He also had to say that Israeli settlement growth in Palestinian territories is not "good for peace," which appears to be a sharp reversal of the comments previously made by the White House. One of the most stunning U-turns by Trump has been his acceptance of the "One China policy," contradicting his previous suggestions.

It does not look good for Trump to reflect a paper tiger in the eyes of his voters. In order to reduce the pressure on his administration and tidy up his black and blue image, he needs applause. His cure might be a result-based plan in the fight against Daesh. A working plan to defeat Daesh will not be welcomed by just his supporters, he will get extra points from almost everybody. During his campaign, he harshly attacked former U.S. President Barack Obama over the fight against Daesh; he had even escalated his rhetoric saying, "Obama is the founder of ISIS [Daesh]." Being the defeater of Daesh will be armor for him against the arrows fired from the powerful anti-Trump clan.

He had a lot to talk about with President Recep Tayyip Erdoğan earlier this month. Following an overnight phone call, Trump sent Mike Pompeo, the new director of the CIA, to Ankara to discuss a joint action against Daesh in Raqqa, the de facto capital of the Daesh-held area.

The new U.S. president has already given the Department of Defense 30 days to produce a strategy to defeat Daesh after he reportedly rubbished the Obama administration's plan, which was founded on a strategy to use People's Protection Units (YPG)-dominated groups on the ground to capture Raqqa. It is expected that the Pentagon would probably offer a more developed version of the same plan as well as some other high, medium and low troop options. But it is obvious that Trump needs broader alternatives than the Pentagon's options if he is determined to defeat Daesh.

Cooperation with Turkey, the old NATO ally of the U.S., is priceless for the Trump administration at this point, as the ongoing military counterterror offensive lead by Turkey in Syria, Operation Euphrates Shield, has been a military success. The Turkish army and the Turkish-backed Free Syrian Army (FSA) have cleansed an area of 2,000 square kilometers in the north of Syria from Daesh units, and they are about to fully control al-Bab, the strategically located Syrian town that is vital to Daesh in the region. Answering questions about the Trump-Erdoğan phone call, Ibrahim Kalın, the Turkish presidential spokesman, said last week that Turkey presented a detailed plan to oust Daesh from Raqqa.

Ankara is expected to have conditions for a joint action to capture Raqqa, as it has been disappointed many times by the former U.S. administration's policies, especially toward Syria. Ankara is determined to form a safe zone in Syria to solve the humanitarian crisis resulting from the country's six-year civil war, and to stop the refugee flow. The planned safe zone, which would cover an area of at least 4,000 square kilometers would also serve as a no-fly zone, will also include Manbij, which is currently held by the YPG, the armed wing of the Democratic Union Party (PYD) and Syrian offshoot of the outlawed PKK. The Obama administration, which turned its back on the safe zone plan, promised the YPG would leave Manbij in line with Turkey's request before he left office but that has not happened so far.

Even if the Trump administration understands Turkey's demands and accepts its conditions, the situation in Syria is more complex than that. First of all, Russia, which has recently grown increasingly close to Turkey, with the two cooperating in Syria, will not be happy about that. The PYD-led conference in Moscow last week was a sign that the Kremlin is uncomfortable with the U.S. and Turkey breaking the ice. And most recently, Russia bombed Daesh targets around Raqqa on Friday, the day Turkish and U.S. military chiefs met at İncirlik Air Base for further discussions over the joint fight against Daesh.

A joint Turkish-U.S. action to capture Raqqa will probably bother Russia, and Moscow will increase its support to the PYD and PKK. If Ankara does not cooperate with the U.S., then Washington will go with a plan based on increased support to the YPG. If Turkey stays out of Raqqa, then we would see new U.S.-Russia cooperation on Syria, which would be grasped by Trump and Russian President Vladimir Putin as well. And the other winner in this scenario will be the PYD and PKK. On the other hand, if Turkey's detailed Raqqa plan can solve the complex situation there and find a solution that simultaneously satisfies Ankara, Washington and Moscow, then a new era will start for Syria and perhaps the fate of the world order as well. We will have to wait and see.
RELATED TOPICS