The Al-Jazeera problem: Truth will not be televised 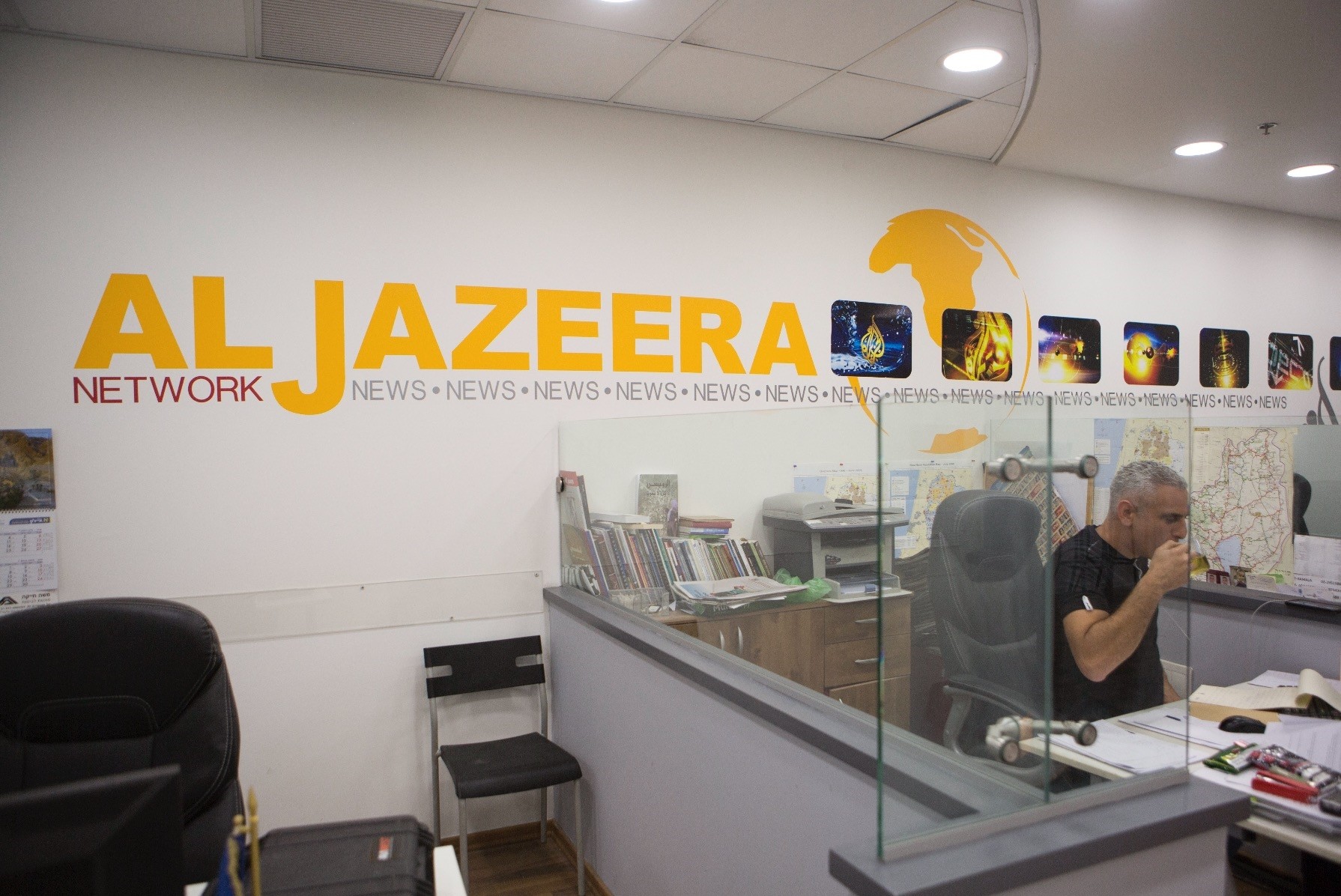 An employee of the Al-Jazeera satellite channel work at the Qatari media networku2019s Jerusalem bureau, Israel, June 14.
by Merve Şebnem Oruç Jul 03, 2017 12:00 am

The anti-Al-Jazeera campaign started when it broadcasted unforgettable moments during the U.S. invasion of Afghanistan and Iraq. And, here we are now…

News media was one of the crucial fronts of the invasion of Iraq in 2003. Pro-invasion celebrities were on screen during all live war coverage on news media outlets like Fox News under a waving American flag animation in the upper left corner and the headline "Operation Iraqi Freedom" along the bottom.

As George W. Bush said, "in my line of work you got to keep repeating things over and over and over again for the truth to sink in, to kind of catapult the propaganda," they had to control and regiment the masses in line with "U.S. interests."

Pro-invasion propaganda was everywhere, bias was routine in the international mainstream media. Embedding journalists has become the standard of reporting conflicts in Iraq, and other places like Afghanistan as well. But there was a problem. A non-Western satellite TV channel, Qatar's Al-Jazeera was dauntlessly reporting the deadly deceptions in Iraq and Afghanistan.

I remember the day that U.S. Defense Secretary Donald Rumsfeld described Al-Jazeera's coverage as "vicious, inaccurate and inexcusable." The channel's reporters defended their live broadcasts by stating "the pictures do not lie." The pictures didn't lie.

And it was not only a war of words. A U.S. aircraft bombed the Baghdad bureau of Al-Jazeera killing a journalist and wounding another despite the U.S. being informed of the office's precise coordinates and the building was covered with yellow signs reading "Press" from all sides and the roof. The Kabul office of the channel had been bombed in the U.S. invasion of Afghanistan, too.

Since it started broadcasting in 1996, Al-Jazeera hasn't been like other broadcasters. But it had a major role to play during the Arab Spring when the people of the Arab streets started to topple dictators one by one. Al-Jazeera English covered the mass protests, brought to the eyes of the world the bloodthirsty regimes' massacres and their cunning and calculating actions against their own people. Its coverage was comprehensive, professional, multidimensional and effective. But Al-Jazeera's Arabic language channels did more than that. They shaped public opinion in the Arab world. Al-Jazeera has not only informed but also opened up debates on controversial issues or subjects that have been considered as taboo in the Middle East. It started to talk about freedom of expression and democracy, which were quite new for the Arab world. It has served as an arena of the clashes of opposing views. Every voice has been welcomed. That's why Al-Jazeera won the hearts and minds of the people. But it has also become the most dangerous enemy of the Arab rulers. It has been accused of being a Zionist channel by Arab dictators while almost all have had hidden relations with Israel. Its broadcasts were blocked, offices were attacked, its correspondents were threatened, blacklisted, even arrested.

The Qatari network had to shut down its Egyptian channel Al-Jazeera Mubasher because its coverage angered the military junta led by Abdel-Fattah el-Sissi who overthrew Egypt's first democratically elected president, listed the Muslim Brotherhood as a terrorist organization and killed hundreds of anti-coup protesters launching a crackdown in cold blood. Its employees in Egypt were charged with "fabricated crimes" and arrested while its office was closed shortly after the coup.

So it's not surprising to see that Saudi Arabia, the United Arab Emirates (UAE), Bahrain and Egypt are now asking Qatar to shut down the Al-Jazeera network today. Since the beginning of the latest aggressive blockade against Qatar, the "Al-Jazeera problem" has been the very first "to solve" on their list. Al-Jazeera has been a headache for the rulers who don't like being criticized for a long while. It has broken the hegemony of the Western media around the world, and opened the eyes of Middle Easterners.

Qatar said this weekend that it does not fear the threats including a military retaliation for refusing to meet the Monday deadline to comply with the list of demands of the four Arab states that involves shutting down Al-Jazeera. Even though Qatar keeps saying it "believes that the world is governed by international laws, that don't allow big countries to bully small ones," we know how ruthless and silent big countries can be, and how the international community can suddenly become blind and deaf. They have been trying to kill Al-Jazeera slowly in the last few years, now it's time to make the final shot to the heart.

As evidenced by the list of 13 demands, almost all of them are ridiculous and shameful as well as the baseless accusations against the small state, Qatar and the four Arab states have numerous historical and ideological differences. However, the biggest difference is that Qatar is trying to build an independent identity, and to have a determined will. And Al-Jazeera is on the list because it's the most powerful symbol of this difference. I hope that they will not be able to succeed in forcing Qatar to shot down the network, but I fear that the odds are against the courageous network and the people like me who love it.