Will the KRG referendum start a new fight in Iraq? 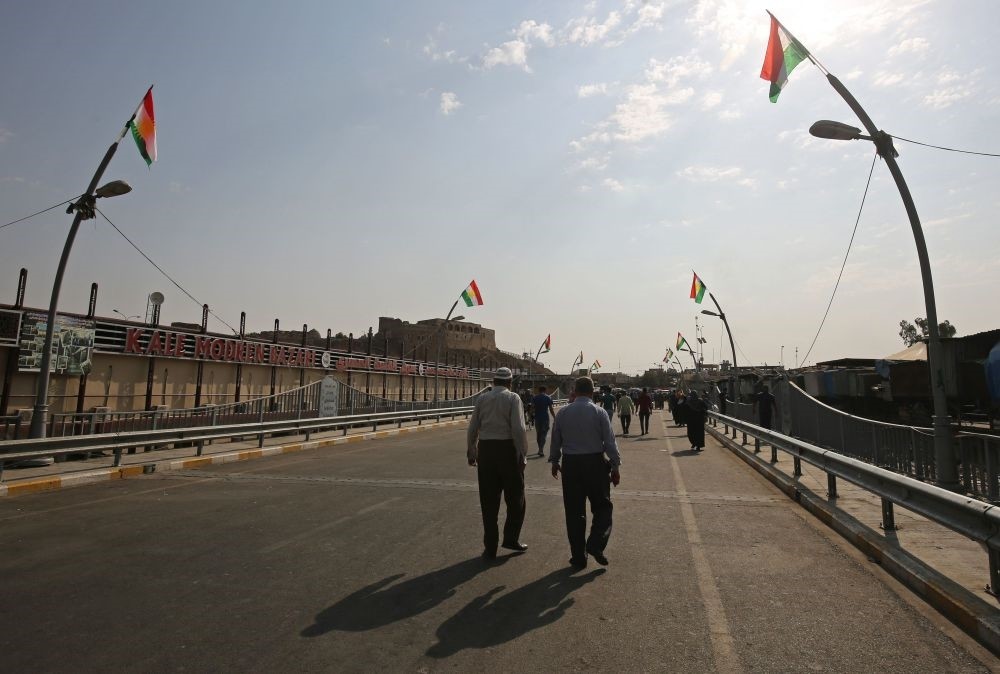 Unless the KRG takes a step back in its decision to hold an independence referendum, the cracks in the already unstable Iraq will most likely deepen

On June 7, Kurdistan Regional Government (KRG) President Masoud Barzani announced a referendum on independence from Iraq for late September. Since then, he has been met with a wave of backlash from many fronts. On the internal side, none of the major political parties in the KRG have officially declared their full support in the beginning, including the Patriotic Union of Kurdistan (PUK), the Gorran Movement, the Kurdistan Islamic Union (KIU) and the Kurdistan Islamic Komal, although some PUK and KIU leaders have given support. However, the KRG parliament approved a plan to hold the controversial referendum on Sept. 25.

In the meantime, Barzani has faced a huge external pressure. The governments in Baghdad, the United States, Britain as well as the neighboring capitals such as Tehran and Ankara and other Western countries, including Germany, have been frustrated with the announcement of the referendum. While the U.S. has tried to urge Barzani to postpone the referendum and Britain said it's not the right time, others declared that the decision would further destabilize Iraq and the area, and bring more trouble to already chaotic region. The pressures have included stressing the possibility of closing borders. The Turkish military said in a statement on Monday that they launched an unannounced military drill near the border with Iraq just a week before the controversial independence referendum.

Ankara is also imposing sanctions on the KRG and will suspend the Kurdish pipeline through Turkey's Ceyhan port.Iraqi PM Haider al-Abadi stated that Baghdad is ready to use military force if the referendum results in referendum describing the vote as illegal and unconstitutional, while Iraqi Vice President Nouri al-Maliki said they will not allow establishment of "another Israel" north of the country through a referendum. Maj. Gen. Mohammad Bagheri, Iran's Armed Forces General Staff Chief, has called the referendum "unacceptable," and the leader of Iraq's National Wisdom Stream, Ammar al-Hakim, has suggested that Israel itself had a part in instigating the referendum.

Israel's responses to the controversial referendum reinforce this impression, as it has been the only country that openly supports the call for the referendum so far. Israeli Prime Minister Benjamin Netanyahu said that Israel supports the establishment of an independent Kurdistan and efforts of the Kurdish people to attain a state of its own. Also, Israeli Justice Minister Ayelet Shaked said Israel and western countries had "a major interest in the establishment of the state of Kurdistan" and encouraged the U.S. to "support the process."

Before his announcement, Masoud Barzani paid several official visits to Western countries with a high delegation earlier this year, and even delivered a speech over a planned independence referendum of the Kurdistan region in the European Union's Parliament. Since his official visits following Donald Trump's election as president of the U.S., he may be thinking that the new U.S. administration might see an independent Kurdistan as a solution to Iran's increasing influence in Iraq and the region.

But this is far from a solution and it would start a new wave of conflicts in the post-Daesh era. Kurdish peshmerga fighters have gained international support for their fight against Daesh, but they fought in cooperation with Iraqi government troops getting a big support of anti-Daesh coalition led by the U.S. So, a future Kurdish state that doesn't get enough internal and external support would be on the back foot against Iran. That state would be landlocked, and have no way of transporting its oil, on which it relies for its economic prosperity. Kurdish oil is currently transported via the Kirkuk-Ceyhan pipeline, which passes through Turkey. Within a military perspective, Iranian-backed Shia Popular Mobilization Units (PMUs) hold important areas bordering a future Kurdistan that also secure Iran an all-important corridor into Assad's Syria. Even Kirkuk is not in complete control of peshmerga forces. Clashes are already being reported between Iran's Revolutionary Guards Corps and Kurdish peshmerga on the border of the two countries.

I was in Iraq at the dawn of the Mosul operation. I visited Irbil and Kirkuk, and Bashiqa in the Mosul district of the Nineveh governorate in northern Iraq.

The main subject in almost every conversation in public was which parties would be a part of the Mosul operation, as it has been among the state leaders involved in the fight against Daesh. If the one and only matter were to clear Mosul from Daesh elements from Iraq, then this would be out of the discussion and all the elements would join, play their roles and then leave the city to the people of Mosul. However, the answer to the question of who would join the operation would also answer the question of who will take control of the city afterward.

The operation was said to be an offensive against Daesh in Mosul in the headlines yet, the word "Daesh" was holding a very minor room within the word cloud in conversations discussing the content over what was really happening in Mosul, and Iraq in general. The words "Shiite," "Sunni," "Kurd," "Arab," "Saddam," "pro-Saddam," "peshmerga," "PKK," "massacre," "death," "war" and "Iran" were the words that were uttered the most. It could be understood even after a simple word analysis that "fighting Daesh" was a curtain that has been drawn over a sectarian war, to prevent anyone from seeing the reality on the ground.

There was and still is no need to go around the houses. What has been happening in Iraq is a sectarian war, and it was accelerated and intensified through a catalyst, Daesh. What the Iraqi people were asking was "Will Mosul belong to the Sunnis or the Shiites?" Not only the Arabs or the Turkmens but also the Kurds were asking the same question since the answer of who will get Mosul will directly affect the future of Kurdish cities as well. However, this was not the sole concern. It was believed that the Shiite militias would not stop after Mosul and turn toward Kirkuk, Duhok and even Irbil. Also, the PMU militias were already implying it. The general view was that the "Shiite-Sunni" war would be followed by the "Kurd-Shiite" war. I left Iraq last year with those thoughts. That's why today I am concerned that the controversial referendum decision of the KRG would start the next fight that would prove the Iraqi people's fears were true.