The downing of Russian plane aims to sabotage the Idlib initiative 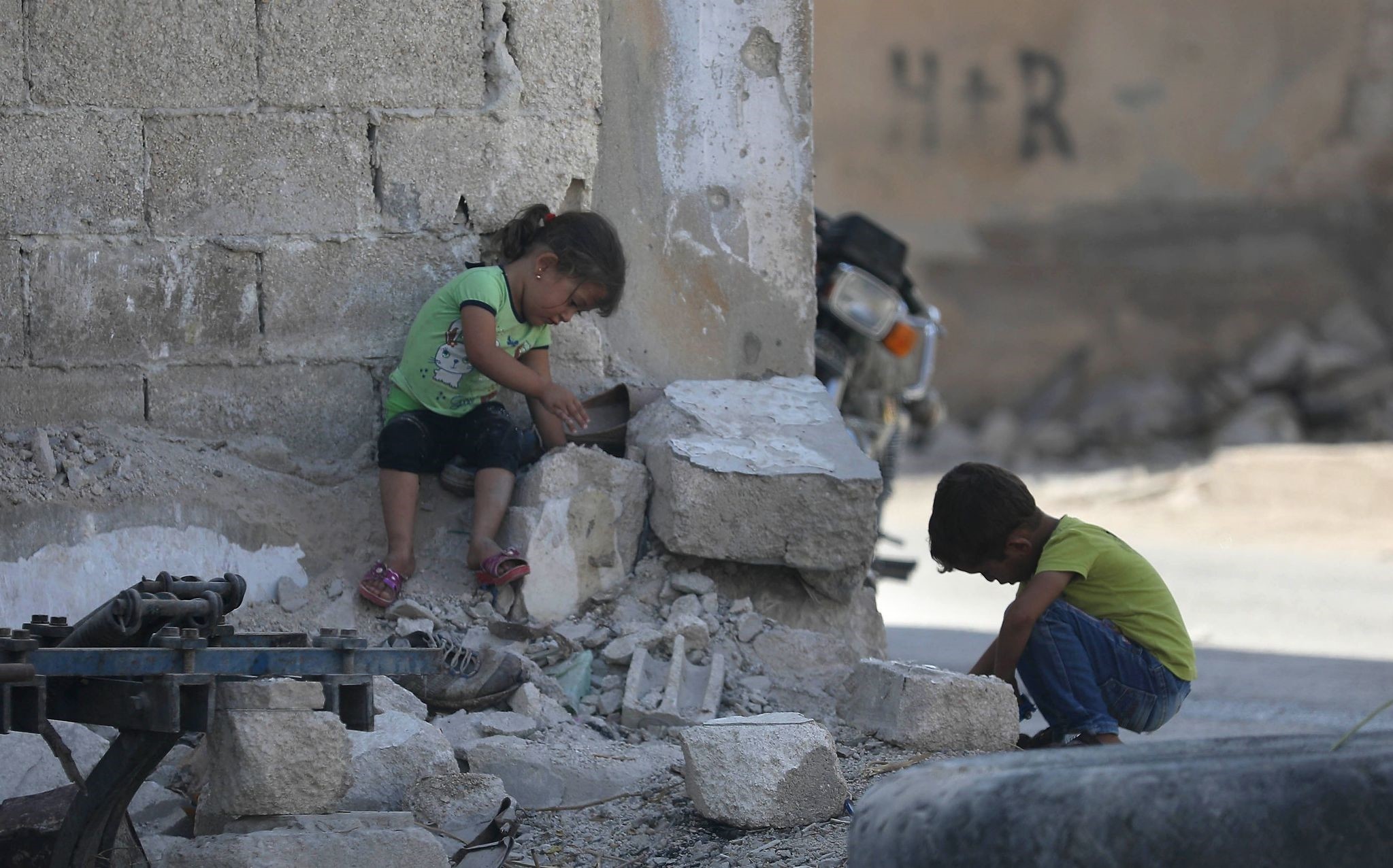 Syrian children play in Morek, a town in the northern countryside neighboring Idlib, where Turkey and Russia recently reached an agreement to establish a demilitarized zone to stop the escalating crisis in the province, Sept. 18.
by Merve Şebnem Oruç Sep 20, 2018 12:00 am

On Monday night, millions of civilians in Idlib, Syria, the last remaining stronghold of the opposition, slept without fear after weeks of escalating tensions.

Russian President Vladimir Putin and President Recep Tayyip Erdoğan agreed to establish a demilitarized zone around Idlib province, where fears had been running high of a major offensive by Syrian regime forces. According to the deal, a 15 to 20-kilometer-wide demilitarized zone will be established by Oct. 15 and protected by Turkish and Russian troops that will conduct coordinated patrols.

The two leaders met in Sochi, Russia, 10 days after the Tehran summit where Iranian President Hassan Rouhani hosted his counterparts. Idlib was the most important topic of the agenda of the summit, which was televised live by Tehrar, without informing the Turkish or Russian attendants, and needless to remind anybody, there was no solution on the table.

The Sochi deal on Monday marks a major diplomatic victory for President Erdoğan, who has not stopped looking for ways to prevent a major Syrian regime attack in Idlib that would have been backed by Iran and Russia. It also means a significant step for Russia's Putin, who has been a long-time supporter of the Bashar Assad regime and a key figure that can prevent more bloodshed in Syria.

In a best case scenario, Erdoğan and Putin are going to spare the lives of millions in Idlib once the demilitarized zone is successfully established. The borders of Idlib will be protected, and Idlib's status will be preserved. Radical groups, such as former al-Qaida affiliate Hayat Tahrir al-Sham (HTS), will be ordered to leave the zone, according to the Sochi deal, while all the heavy weapons will be taken away from the region.

The Syrian regime will also gain the key M5 highway passing along north Hama and south Idlib that connects the north of the country with other major cities of Syria. A relatively independent opposition group, Jaish al-Izzah, has been currently controlling a portion of this highway. Even if the Sochi deal is not a final solution, it will help Turkey gain more time and more leverage in Idlib by increasing its troops on the ground.

However, the shooting down of a Russian military plane in Latakia and the death of all 15 men on board on the night of the deal made some of us think that someone is unpleased with the two leader's decision. Kremlin officials blamed Israel for pushing the Russian reconnaissance craft into Syrian line of fire on Monday night. The IL-20 spy plane, which was hit 35 kilometers offshore as it was returning to its home base in Latakia, was exposed to friendly Syrian S-200 missile fire that was directed toward an Israeli air raid nearby.

The Russians have been tolerating Israel, which has conducted hundreds of airstrikes over two years in Syria on the bases of Iran-backed militias. On the other hand, Israel has never targeted the Russian military. Instead, it has been seeking good relations with Russia, which is basically operating as the air force of the Syrian regime. Even though Kremlin accused Israel of informing them just a minute before the airstrikes, Putin chose to say that the downing of the plane was a result of "a chain of tragic accidental circumstances" after he spoke on the phone with Israeli Prime Minister Benjamin Netanyahu. Offering condolences to Russia, Netanyahu accused Syria of downing the plane and added that Israel was ready to assist Russia in a probe by providing all the necessary information.

It would not be in Israel's interest to cause the downing of a Russian plane so it is obvious that Israel didn't intend to do such a thing. But, was it really a tragic accident? That is the question but I'm sure that we will never know the answer.

The IL-20 incident reminded me of the mysterious death of Gen. Igor Sergun, director of Russia's military intelligence service. According to the Lebanese daily al-Akhbar, Sergun was killed in Lebanon's capital, Beirut on Jan. 3, 2016. Moreover, the Financial Times reported that Sergun had been sent to Damascus by Putin on a sensitive mission to ask Assad to step down before he came to Beirut.

According to the source of the paper, a senior European intelligence official, he was tasked with a secret proposal from Russia to remove Assad but maintain a regime controlled by his Alawite minority, alongside "realistic" negotiations with moderate opposition.

Assad, of course, reportedly made clear to Sergun that he would stay. Rejecting the claims, the Kremlin never revealed where Sergun died. It only made a short statement saying that he died of a sudden heart attack.

Was Sergun's death really because of a heart attack or was it a message from Assad supporters other than Russia, such as Lebanon's Hezbollah, showing that Assad would never step down? Likewise, was the downing of IL-20 really an accident or was it a job of the ones who feel betrayed by Russia after the Turkish-Russian deal on Idlib? It is no secret that the Assad regime was dreaming of a devastating offensive in Idlib with the help of Russia but it couldn't get it. In addition, Russia is strengthening its position in Syria and Iran feels sidelined especially after the Idlib offensive was averted. As Russia is the boss of Assad regime supporters and it can't be challenged openly, what if someone tried to get revenge by "accidentally" downing the Russian plane and killing 15 Russians? It's not an absurd conspiracy theory after all we have seen in Syria, but as I said, we will never know.