Khashoggi case: Is this the world we want to live in? 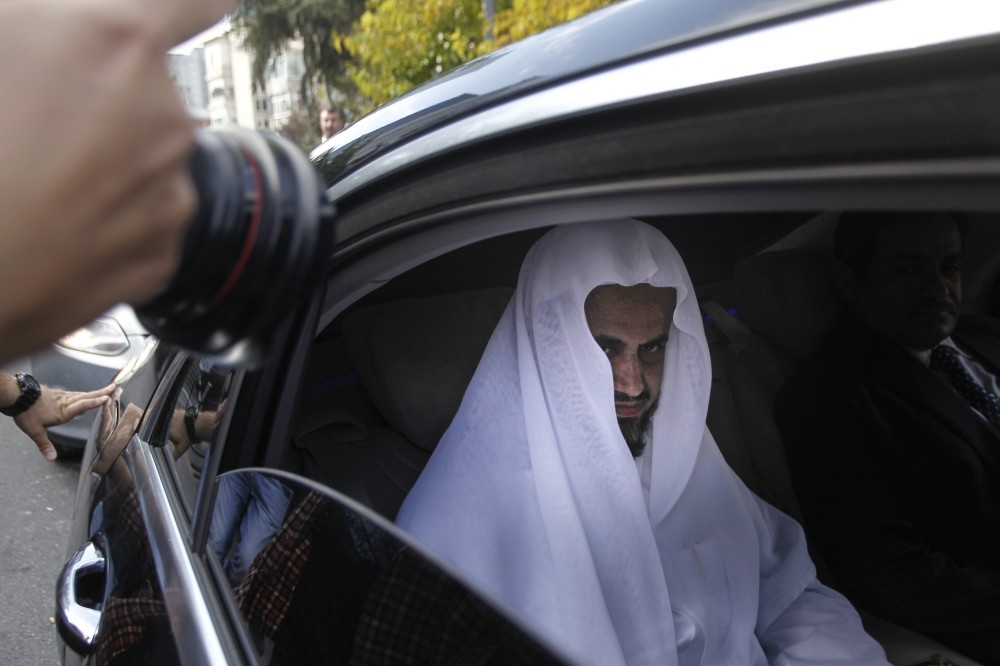 Lack of trust is continuing to spread across the whole world, threatening the peace and security of every country. This has paved the way for brutal incidents like the Khashoggi murder to easily happen

I have bad news, we are suffering – we all are suffering from lack of trust. Today nobody trusts anyone. People feel they are not safe or secure. They are losing their trust and fate.

They are losing their trust in political parties, governments and establishments in their countries. The countries do not trust each other. While cooperation among countries is decreasing day by day, hostilities are increasing. Trust in the world order and global institutions is less than ever. Polarization and populism are on the rise.

Unfortunately, trust is lost when the truth dies. When world leaders obfuscate and shade the truth; when they lie people start to lose their trust and their faith. The first casualty of war is truth. All over the world there is growing debate over fake news and the post-truth era, we need to be careful about what's coming next.

Last week I was in Moscow and visited the Central Museum of the Great Patriotic War where I saw some of the horrible and tragic destruction caused by World War II where tens of millions lost their lives. Ever since then, perhaps the states succeeded in avoiding a third world war, but we are still so far from peace, especially in the Middle East. It is not just the Middle East, the whole world is in chaos. Of course, it makes all of us happy to see that there is a path toward peace in the Korean peninsula after decades. Also, it is good news that a hard-won peace deal in the Philippines is going to offer greater autonomy to minority Muslims. But what about the rest of the world? What about Myanmar, Kashmir, Afghanistan, Syria, Libya and so on?

In fact, the world order is getting more and more chaotic. Have you noticed that Western world leaders are not preaching about Western values anymore? After the refugee influx and the rise of far-right groups, they have abandoned those social norms, customs and values along with the basic principles of democracy, human rights and freedom. All they want is to protect their borders. They are now facing their own paradoxes.

Thanks to the internet, mobile devices and social media, we are more connected than ever, and yet societies hate each other. At the dawn of the rise of social media platforms, we all thought that information would be free and the truth would finally be spoken. We were sick of media bias and journalism for sale. But today, trolls and social media bots for sale are controlling the narrative by spreading false allegations and fake news for the sake of propaganda.

I have criticized Western media for a long time. They have talked about democracy, freedom of speech and human rights. However, what Western political leaders have said and done has been so different, and Western journalists have covered up their discrepancies and whitewashed their crimes. Their understanding of democracy has favored some privileged people. Their perspective of human rights has been hypocritical. And freedom of media in the West has been an illusion since the press has been invested, and therefore controlled by, business moguls, billionaires and so on, who also pull the strings of politicians. It is not just me but many non-Westerners have criticized these contradictions, inconsistencies and self-seeking narratives. And yet, what have we offered instead of this theater so far?

As I said above, people are losing their faith and trust; they don't trust the governing figures and institutions anymore. The number of refugees and the people desperately in need of protection and humanitarian aid are at the highest level since World War II. And journalists around the world are in danger like never before. According to statistics, the last two years have been the most dangerous and deadly period for journalists, and almost 150 journalists were killed. Now their lives are at stake.

Last month, a Saudi journalist, Jamal Khashoggi, was horrifically killed by his people inside the Saudi Consulate in Istanbul. It was a brutal, monstrous and premeditated murder. Fifteen Saudis arrived in Istanbul in three teams on separate flights in the day and hours leading up to his murder. A day before the killing, they made preparations to get away with this terrifying crime. A man, who looked like Khashoggi, wearing his outfit, glasses and a fake beard, left the consulate a few hours after Khashoggi entered the building. As the initial findings reveal, they planned the cover-up of this crime. But they couldn't do it.

It took days for the Saudis to allow the Turkish police to search the consulate. In front of all the cameras, a cleaning team entered the building carrying trash bags, bottles of bleach, etc., just a day before crime scene investigators were invited in. After days of denial, the Saudis finally admitted that Khashoggi was killed inside the consulate, putting the blame on some "rogue killers."