Who is Juan Guaido, the self-proclaimed interim president of Venezuela? 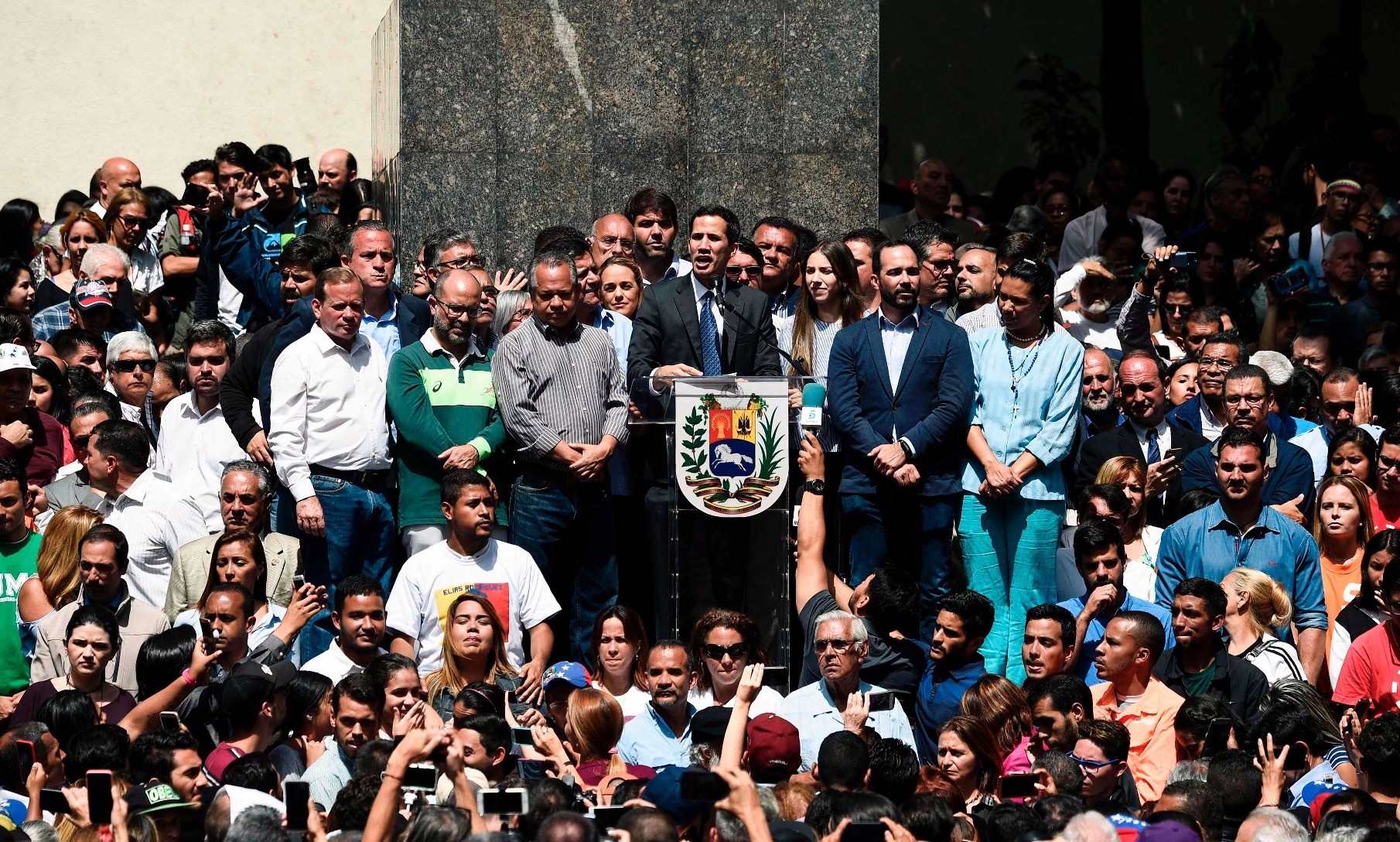 On Jan. 23, Juan Guaido told a crowd, "I swear to formally assume the national executive powers as acting president."

Within a few minutes, U.S. President Donald Trump said he recognized him as the country's interim leader. In a White House statement, he said: "Today, I am officially recognizing the President of the Venezuelan National Assembly, Juan Guaido, as the interim president of Venezuela. In its role as the only legitimate branch of government duly elected by the Venezuelan people, the National Assembly invoked the country's constitution to declare Nicolas Maduro illegitimate, and the office of the presidency therefore vacant," encouraging other countries to back Guaido.

But really, who is Juan Guaido?

It looks like only a few people in and outside of Venezuela were aware of his presence until recently. Guaido, a 35-year old industrial engineer, has risen through political ranks intriguingly quickly. According to lots of online articles – most probably written after checking Wikipedia – he was an activist in the past. In the 2015 Venezuelan parliamentary election, he was elected as a federal deputy for Vargas, an impoverished area in Venezuela.

On Jan. 5, just three weeks before he declared himself as the interim president of Venezuela, he became the leader of the opposition-held National Assembly. Obviously, his superfast election as the President of the National Assembly of Venezuela has mobilized the opposition against Nicolas Maduro, who has been the president of Venezuela and the heir of Hugo Chavez. In just a few days, his Twitter followers jumped from around 100,000 to 1 million. I am not sure if he would have gotten that kind of popularity if he released the album of the year.

According to Wikipedia, "he contributed to research at the University of Arizona, giving testimony to analysts on the working conditions of Latin American politicians and, specifically, institutional crisis and political change." The information in question is cited from a paper titled "The fates of political parties: Institutional crisis, continuity and change in Latin America" penned by Jennifer Cry on June 9, 2017, published by the University of Cambridge Press.

Under the Venezuelan Constitution, the leader of the National Assembly may serve as interim president if the Office of the President of the Republic becomes vacant, which it clearly hasn't been.

On Jan. 23, Guaido took a public oath to serve as interim president of Venezuela under the pretext of the ongoing presidential crisis in Venezuela. There is no vacuum of power within the country; that is why Guaido's claim is obviously illegitimate no matter what he says about Maduro's second term, which he claims was won through rigged elections in May 2018.

In addition, it looks like the date of Jan. 23, was meticulously selected as it was the anniversary of the 1958 Venezuelan coup d'etat that took place on Jan. 23, 1958, when the dictator Marcos Perez Jimenez, who also came to office by another coup d'état, was overthrown. So, Guaido's self-proclaimed presidency is no different than any other coup in Venezuela.

Guaido's claim to be the interim president of Venezuela was quickly recognized by the U.S., with Western and several Latin American countries following Washington, while others, such as Turkey reject his claim to the presidency. Even though Maduro said that he is ready to negotiate with the country's opposition and claimed that he's in talks to set up international mediation to help resolve the crisis, Guaido rejected his offer; probably because he is so confident because he is backed by the U.S.

He also claimed that he has held secret meetings with the military to win support for ousting President Maduro, which is a confession of an attempted coup, but it looks like the Venezuelan army will not stop backing Maduro.

Turmoil spreads across the country

Now it looks like Venezuela is in even more chaos, which is worse than what previous conditions in the country were like, especially after new sanctions by the Trump administration. In addition to former sanctions by the U.S. and EU countries, the recently announced sanctions are against Venezuela's state-owned energy company Petroleos de Venezuela (PDVSA) and aim to transfer control of Venezuela's oil wealth to the forces that oppose socialist Nicolas Maduro.

Accordingly, U.S. companies can continue to import oil from Venezuela, but the funds must be held in accounts that are not accessible to the Maduro regime. Well, if this is not pushing the people of Venezuela to abandon Maduro and kneel down to Guaido by force, threatening and punishing them with more poverty and starvation, I don't know what is.

As a matter of fact, I am not a fan of Maduro. But after multiple reports this summer stating that Donald Trump asked his top aides about a military option for overthrowing Maduro, and he publicly threatened the Venezuelan president with a "military option" for Venezuela in August 2017 while talking to reporters at his golf club in New Jersey, I can't see Guaido's claim as legitimate.

The increasing U.S.-pressure on Venezuela with more and more sanctions did not start with the Trump administration; however, it worsened in the last two years. Long before Trump, former U.S. President Barack Obama already declared Venezuela an "extraordinary threat" to the "national security" of the U.S. He initially approved in 2014, and extended for a second time in 2016, a law titled "Venezuela Defense of Human Rights and Civil Society Act" accompanied by U.S. sanctions against several Venezuelan officials.

The law was under the pretext of the escalating crackdowns during Venezuelan anti-government protests, which started in 2013. At that time, Maduro was accusing the U.S. administration of being behind the protests. Obama's despotic bossiness, with the help of U.S. financial power, scared away investors and blocked loans. What I am trying to say is that Trump has followed the footsteps of Obama, increasing the stress on the Venezuelan economy, which is already in crisis, but he is running faster.

Even before oil prices collapsed in late 2014, the oil-rich Venezuelan economy had gone into a recession. The inflation-devaluation spiral resulting in an economic crisis might have been ended by floating the currency. If so, the Maduro government obviously made a mistake. But it's an undeniable fact that almost every government, when threatened by a superpower like the U.S. gets stressed, becomes paranoid, tries to take control of everything to protect its sovereignty and inevitably becomes more authoritarian, and finally, makes mistakes. That is what the U.S. does to the many countries that it cannot control, and it is exactly what it did to Venezuela.

As hyperinflation spiraled out of control and the local currency, the bolivar, became almost worthless, in the last five years, Venezuelans has faced a huge crisis. For a long time, almost all the news stories in the U.S. media have started with sentences like "It's hard to believe, but Venezuela's economy was once the envy of South America. How did it all happen?" and continue with sympathy toward the poor Venezuelans trying to survive under "Monster Maduro."

But no one says anything about the financial embargoes that have made it nearly impossible for Venezuela to restructure its debt, an essential part of economic recovery. Whereas Washington is responsible for the situation Venezuela is in today, deprived of food and lifesaving medicines, just as much as Caracas is. In addition, Juan Guaido's self-proclaimed presidency is an attempted coup that is backed by the U.S. There is no doubt about that.