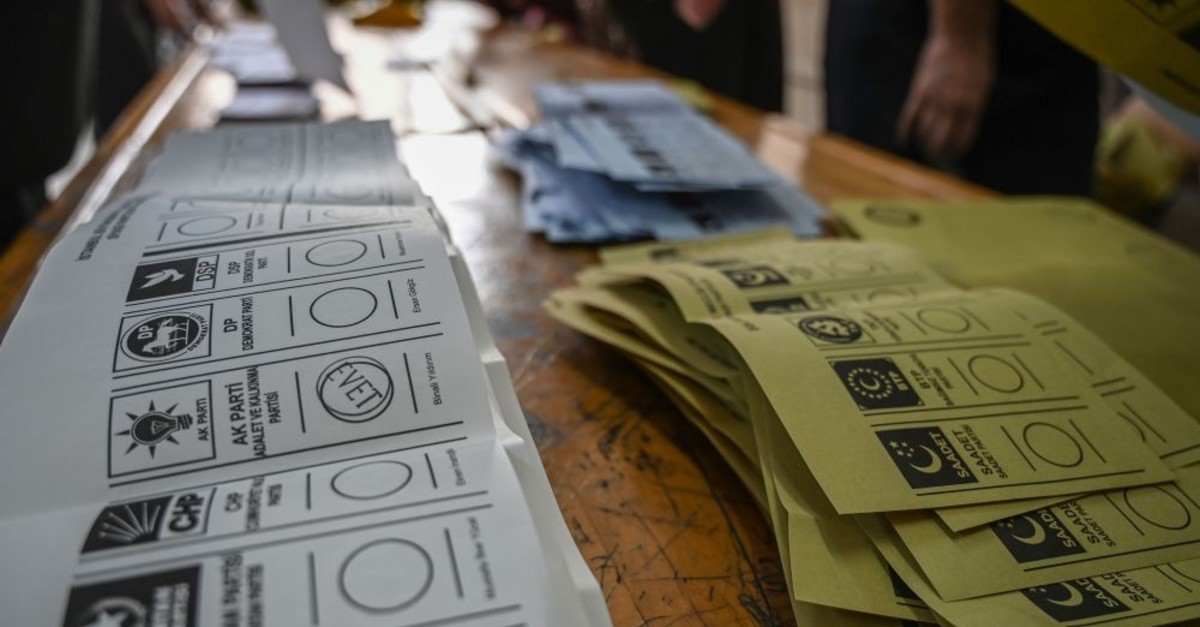 In the post-election period, all political parties in Turkey have the right to ask for a recount of the ballot boxes. The election boards either accept or reject those requests. But requests are generally accepted in the cities where the number of votes are close, as it is now in Istanbul

In October 2016, U.S. presidential candidate Hillary Clinton's Democrats were rallying for her campaign and former U.S. Vice President Al Gore joined her in several states including Florida, where his fortunes fell in the 2000 campaign.

"You can consider me as exhibit A," he repeatedly said about his 2000 election loss. "Take it from me, every vote counts. Trust me on this. Every single vote counts."

Bill Clinton's former vice president was reminding the audience about the 2000 presidential election which he narrowly lost to George W. Bush, despite winning the popular vote. The candidate of the Democrats, Gore, won the national popular vote but lost the Electoral College vote after a harsh legal battle over disputed vote counts in the state of Florida.

Let's remember that day. On Nov. 7, 2000, projections indicated that the then-Texas governor, Bush, the Republican candidate of the presidential elections, narrowly won the election. It wouldn't be wrong to say that Florida is the "swingiest" swing state of the U.S. There are about 4.4 million registered Republicans and nearly 4.6 million Democrats. And both par

On election night, news outlets first called Florida for Gore, then later retracted the projection and called Florida for Bush. The gap between the votes was so close. Eventually, the Florida recount was certified by the Florida secretary of state. It was a move to further examine the results in Florida. However, the Supreme Court of the U.S. stopped the recount a few weeks later saying that no constitutionally valid recount could be completed by the Dec. 12 deadline.

That made Gore the fourth candidate in American history to win the popular vote but lose the electoral vote. That was one of the closest elections in U.S. history. That election became a subject of a 2008 TV movie produced by and starring Kevin Spacey called "Recount."

In 2016, Hillary Clinton also received 2.87 million more votes nationwide, which has been the largest margin ever for a candidate who lost the Electoral College, a margin of 2.1 percent. However, Trump won a majority of electoral votes, with a total of 306 electors from 30 states.

This oddness and unfairness of the U.S. election system is widely criticized nationwide. Supposedly, the American voters have the Constitutional right to choose their president. But the power reserved for those 538 actual people – the electors chosen by the states – sometimes changes the results, as in these two examples. Each state's number of electors is equal to the combined total of the state's membership in the Senate and House of Representatives. That is why some people say the Electoral College is the worst of the election systems since it makes millions of American votes irrelevant to the outcome as they don't live in competitive states.

How is the Turkish system?

Thankfully we don't have such a monstrous system. Here in Turkey, every single vote counts and has an effect on the results. It's not only applied to the presidential elections but also valid for the general and local elections.

Millions of Turkish voters cast their votes nationwide in the local elections last week to choose Turkey's mayors, city council members, mukhtars (neighborhood leaders) and members of the city and town councils for the next five years. According to unofficial results, the People's Alliance, formed by the conservative democrat Justice and Development Party (AK Party) and the nationalist conservative National Movement Party (MHP), received 51.64 percent of the votes nationwide; while the Nation Alliance, which is formed by the leftist Republican People's Party (CHP), the far-right Good Party (İP) and supported indirectly by the pro-PKK Peoples' Democratic Party (HDP), took 37.57 percent of the total votes. The People's Alliance's unofficial total votes are 23,978,506 and the Nation Alliance has 17,443,527.

Following almost all elections, all Turkish political parties have the right to ask for a recount of the ballot boxes in one or more places. The election boards either accept or reject those requests. But requests are generally accepted in the cities or towns where the number of votes are close.

In the March 31, 2019 elections, the race between the People's Alliance's Istanbul mayoral candidate Binali Yıldırım and the Nation Alliance's candidate Ekrem İmamoğlu was significant as Istanbul has a symbolic meaning for Turkey. The margin between the two was very close according to unofficial results. In such a big city, where 10,560,963 voters and 31,124 ballot boxes exist, it is not an extraordinary request for a recount to find who really has the right to be the mayor of the metropolitan municipality.

According to the unofficial results on April 1, Ekrem İmamoğlu got 48.79 percent (4,159,650) of the total votes, while Binali Yıldırım received 48.51 percent (4,131,761). The margin between the two candidates was only 0.28 percent according to the unofficial results. So, it is very normal for the People's Alliance to ask for a recount. Also, in some other cities, not only the ruling AK Party but also the CHP, MHP and İP have asked for recounts.

Sunday's elections were a great example of fair, open, democratic elections, and asking for a recount is a crucial detail of democracy since every single voter has a right to see their choices count.

Yet, unsurprisingly, the U.S. has been uncomfortable with that. The U.S. State Department's deputy spokesperson, Robert Palladino, called on Turkey this week to accept the local elections results. "Free and fair elections are essential for any democracy. That means acceptance of legitimate election results, which is essential. We expect nothing less from Turkey, which has a long proud tradition in this respect," he said.

I wonder if he even knows the meaning of a recount. But I am sure he doesn't know that the recount is taking place in front of every representative of all the political parties. If this is not democracy, then what is? I mean, Al Gore can ask for a recount after losing the presidential elections while he got 500,000 more votes than Bush and still lost the elections, but Binali Yıldırım can't request a recount after a gap of 27,889 votes?

Ankara is absolutely right on calling on the U.S. to respect the local election results, the democratic procedure in Turkey – which the U.S. doesn't have – and asking them not to interfere in the legal process. A country, which still couldn't solve

the issue of whether Russia meddled in the presidential elections which took place more than two years ago, can't talk about other countries' election period, especially one that is an example of a successful democracy to the whole world with a 84.67 percent turnout, a great rate even though it is less than the presidential and general elections.