If one day I have a daughter 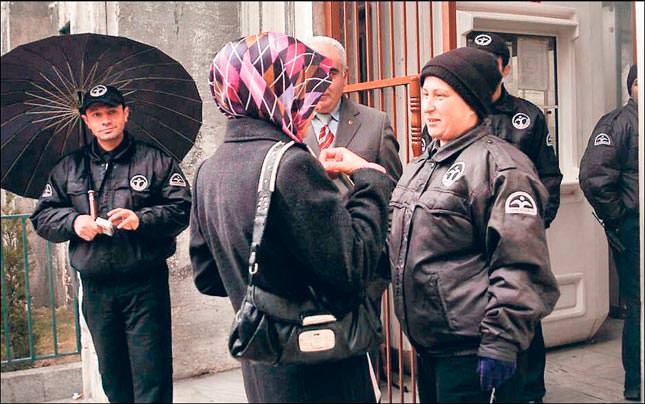 The headscarf ban was lifted in 2013, however, women still face varying degrees of opression in society at large

Writing my first piece for Daily Sabah on Feb. 28th carries a great significance to me, for I am one of those who suffered under the post-modern coup of Feb. 28th, 1997.

The coup itself took place in 1997, but my first point of introduction was watching on TV, the moment when then prime minister, the late Bülent Ecevit, forced then deputy Merve Kavakçı out of the Parliament among collective and repeated chants of "Out!" in 1999.

While Kavakçı was leaving the Parliament, the image of protesting, whistling and clapping members of the Parliament has been imprinted on my mind as a moment of horror.

Why was she forced out of Parliament in such a degrading way? I spent the following years trying to make sense of what and why the Feb. 28 coup happened.

What I saw on TV as a secondary school student became clearer to me throughout the years. I, myself, suffered under the longterm consequences of the coup as an Imam-Hatip student, as a veiled woman who wanted to attend university, and later, as a tutor, who was not able to teach at the university wearing her headscarf.

The Feb. 28 coup openly hit every segment of society. It drained the energy and absorbed the potential of the public by causing financial crisis, discrediting of individuals and the creation of public polarization.

Because of the visibility of the headscarf in the public sphere, women became more and more victimized. Immediately after the coup, the headscarf ban was extended until 2010 for university students and to 2013 for public personnel.

Women who suffered under this ban, which was completely illegal from a constitutional point of view, had to remove their headscarves or were banned from stepping foot into their schools and work places.

The headscarf ban at higher education institutions prevented many from even applying. Those who had already enrolled but refused to remove their headscarves were subjected to questioning in "persuasion rooms," that more than anything resembled interrogations.

Women who wear the headscarf in Turkey make up as much as 70 percent of the female population in Turkey. That is not a figure to take so lightly. Hence, it is quite difficult to understand why these women who cover their hair as part of their religious faith were punished merely for wearing the headscarf.

What I am accounting for here is the face value of the ban in the public sphere without any need of documentation.

Who has been able to forget the young women in front of the Marmara University campus, removing their headscarves and some even tearing it off in tears in the middle of the street to gain entrance to their school, their right to education?

This was made available for all of us to see in the media, on TV, at universities, in court rooms and in the Parliament.

Finally, a democratization package prepared by the ruling AK Party lifted the ban in full in 2013. However, modes of oppression still exist in the social life. In the years following the coup, women who wore headscarves constituted an underrepresented and oppressed category.

Just because they perceived the headscarf as non-Western, they objectivized the women who wore it and tried to exclude the majority from the public sphere. The state, which disguised its aim to alienate majority of Turkish women under the guise of supposed equality, ended up disenfranchising some of the most productive members of the society. Unfortunately, this mentality and the resulting discrimination still exist in some portions of the private sector and media.

I am not writing this as a reminder of the anniversary of Feb. 28 coup. I have a dream, in which one day I have a daughter, to whom I will have great difficulty in explaining the headscarf-ban in this beautiful country. It will be long gone, left behind in history, too far for my child to even comprehend such a ban existed. And that day, I hope remembering and retelling all this will have been reduced to mere insignificance.