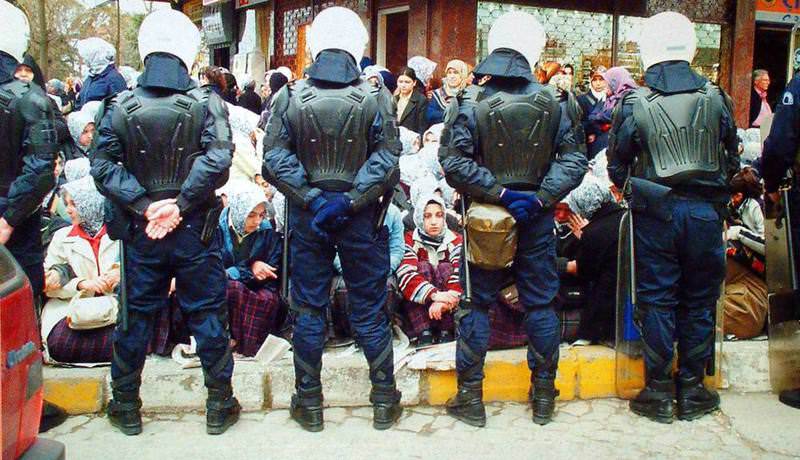 Sunday marked the 19th anniversary of the postmodern coup of Feb. 28, 1997. Despite major problems with democratization, Turkey, a non-Arab, secular country with a predominantly Muslim population, had an exceptional place in the eyes of Western observers. For many outsiders, Turkey's commitment to secularism and oppressing religious conservatives was reason enough to ignore its democratic deficit, the military's arbitrary role in politics and widespread human rights violations. Turkey's addiction to Westernization, particularly its economic dependence on the West, made it possible for the country to be seen as an acceptable player and it took pride in being NATO's only Muslim member.

In February 1997, Turkish democracy, whose progress had been interrupted by a series of military coups over the years, took another blow. By removing a democratically elected, conservative government from power, the perpetrators sought to push religious citizens out of the political arena and the public domain. The military, to maintain the status quo that protected the elite, imposed restrictions on students studying at vocational schools, majority of whom are from poor families, to make their enrollment in the nation's top schools and universities harder.

Seeking to eliminate the religious headscarf from universities, faculty positions and public service, the postmodern coup targeted not only women wearing headscarves, but also people from different social groups. A large number of servicemen were dishonorably discharged from the military for performing their religious duties. Civil servants who wanted to attend prayers were fired. Even religious business people were alienated and subjected to undue punishment.

As one of multiple groups targeted by the establishment, women with headscarves found themselves at a serious disadvantage compared to their peers. Many arbitrary bans have been lifted in recent years, and now, women are able to attend university lectures, practice law and join parliamentary proceedings while wearing headscarves. Despite the improvements many women continue to find it difficult to access opportunities and resources.

In 1998, when the headscarf ban was instituted, tens of thousands of female students were enrolled in schools and universities. Many refused to take off their headscarves when they were banned from entering campuses and buildings. In the end, they were discharged due to prolonged non-attendance.

From 1999 to 2005, the authorities took disciplinary measures against 20,543 civil servants. When they petitioned the courts citing human rights violations, most cases were dismissed. To make matters worse, the European Court of Human Rights upheld Turkey's headscarf ban on university campuses in 2005 in Leyla Şahin vs. Turkey, which caused plaintiffs to lose hope altogether. Seventy-six percent of women who had to quit school due to the headscarf ban never took legal action against the state.

In recent years, the Justice and Development Party (AK Party) lifted arbitrary bans and created opportunities for aggrieved students to go back to school. The government also took legislative action to make it possible for teachers who were either fired or forced to resign to retire on time. Many women, however, continue to pay the price. Individuals who would have been in public service for 16 years had they finished school in 2000 can only now get their university degrees. In other words, lifting the headscarf ban alone did not completely fix the problems that women who wear headscarves face in Turkey.

For years, pious capitalists treated women with headscarves who were unable to find jobs elsewhere as a cheap source of labor. Aggrieved women not only had to work without insurance and career prospects, but also ended up setting a considerably low price for their work by accepting low pay for 15 years. Today, these women remain a source of cheap labor for many companies, getting paid less than women who do not wear headscarves and men in similar positions. Often seen as having a negative influence on a company profile, they continue to work as janitors and office help – a sub-category of their own.

Discrimination against these women in Turkey remains a serious yet often ignored problem. Especially in the private sector, they experience systematic discrimination on a regular basis. Although the situation has gotten better, Turkey's largest companies, including Koç and Sabancı Holdings along with multinationals such as Coca-Cola and Procter & Gamble notably refuse to hire women who wear headscarves for executive positions. Where these women can get jobs, they remain unable to receive equal pay for equal work. Until the pressing problems are addressed, the legacy of Feb. 28 will continue to haunt millions of women.
Last Update: February 02, 2020 01:28