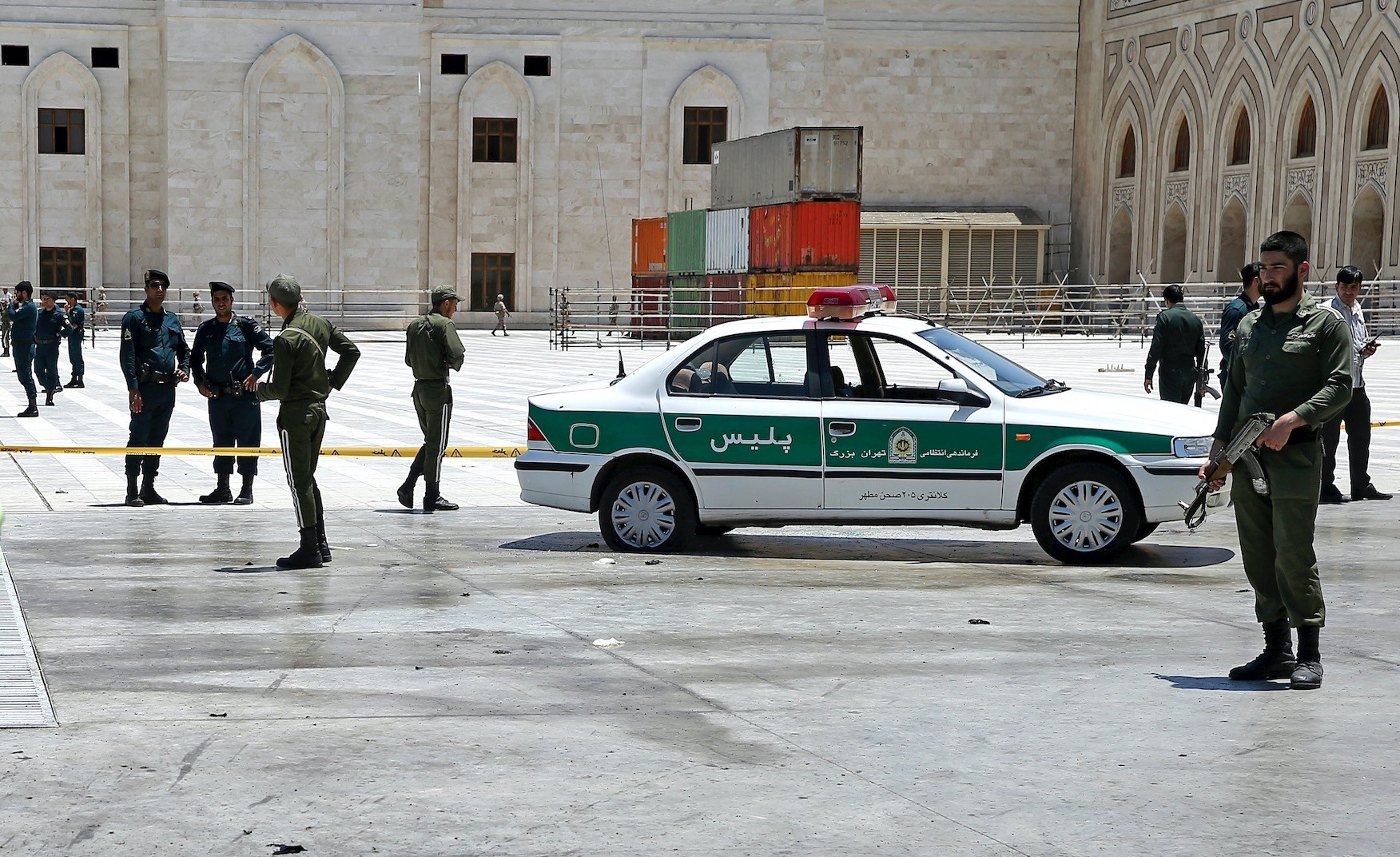 Iranian police officers control the scene, around the shrine of late Iranian revolutionary founder Ayatollah Khomeini, after an assault by several attackers in Tehran on Wednesday.
by Meryem Ilayda Atlas Jun 08, 2017 12:00 am

It is sad to say that even though Daesh has slayed mostly Muslims in the past week, unfortunately, YouTube viewers are still being manipulated about the Daesh terror group's non-existent relation with Islam

I was in London chatting with some friends after iftar on the night of Sunday June 4 when a terrorist attack on London Bridge claimed the lives of innocent people. People around me at the Aziziye Mosque, a Turkish mosque in northern London, were sad and sorry, exhausted about the fact that they would once again be called to convey to the rest of British society that Islam is a religion of peace and these terrorists and what they did had nothing to do with their religion.

They were also angry about the possibility that these attacks had something to do with today's general elections and the need to once again resume their efforts to show that they, as Muslim Britons, had nothing to do with what happened.

The 20-minute ride to the hotel took three times as long due to security measures, but still, it allowed us to discuss what was going on around us. How do people that self-identify as Muslim see themselves among their fellow Brits? How does the rest of society see Muslims? And how do such attacks change this dynamic? These are issues of utmost importance.

What do we know about the attackers? One of them was British. As the British media never tired of mentioning, one was a British citizen born in Pakistan, but lived in Barking. He had an arranged marriage, prayed somewhere or other, once asked someone to convert to Islam and talked about his intention to travel to Syria to fight for Daesh. One friend said that he was radicalized after watching videos on YouTube.

Once at the hotel, round-the-clock news channels were trying to understand how such an attack could happen here, but all, Skynews, BBC news and others, kept asking the wrong questions: What do these Islamists want from our society? And how can we reach the ordinary Muslim man to prevent his radicalization? They still seem oblivious to the fact that Islam has nothing to do with what is happening.

While I was writing, some terrorists attacked Iran's parliament building and a shrine devoted to Ayatollah Ruhollah Khomeini in Tehran, killing at least 12 people. Daesh claimed responsibility for the attacks, a first since its inception in Syria and Iraq. You will know more about the details by the time you read this article, but some commentary is easy to predict.

What most likely will not be seen in the news is that these attacks took place because these terrorists hate the way Iranians live. No one will talk about how a young man angry from losing his job before being radicalized in the outskirts of Tehran by watching videos on YouTube and eventually deciding to go on a terrorist rampage. No one will ask whether these attackers had arranged marriages or were born in Iran or came from somewhere else.

Will you read about all these intricate details, which inundated us after the London attack? I certainly do not think so. We will be told about how Daesh hates Iran, how Iran's sectarian policies in Iraq and the rest of the region and open support for Bashar Assad's regime in Syria are to blame for what happened.

Well, no such lazy intellectual exercise can justify Daesh's attack in Kabul last week in the first week of Ramadan that killed at least 90 people and injured 400 more. All these attacks took place during Ramadan, a month of contemplation and fasting, when Muslims are forbidden to engage in violent behavior. This in itself is enough to demonstrate how far from Islam Daesh truly is.

As British media organizations, through their in-depth analyses, compete with each other to furtively portray all practicing Muslims with dark skin as potential terrorists, they fail to pay attention to the fact that an overwhelming portion of Daesh victims are Muslims as well. How can radicalizing videos on YouTube be tied to what happened in Kabul? It is easy to blame Iran, its politicians and foreign policy for what happened in Tehran yesterday. But easy does not mean correct.

You may ask who is to blame for what is happening all around the world. YouTube? Well, why not?