Freeing the Balkans of balkanization 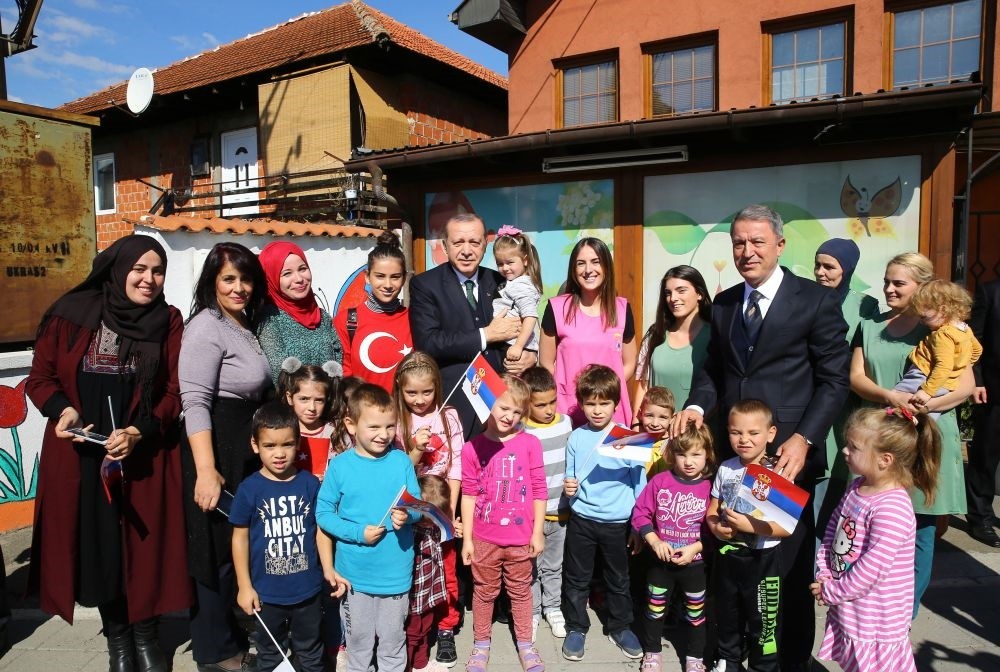 They do not share a border but Turkey and Serbia still define each other as neighbors, much like other Balkan countries. "It's complicated" is an understatement when it comes to the historical ties between the two countries and their individual relationship with their Ottoman past.

Ties between Turkey and multiethnic Yugoslavia could be described as guarded but sustained, both during the monarchy and the post-World War II communist state. The effect of the end of the Age of Empires, be it the soviet, Russian, Hapsburg or Ottoman, was devastating to say the least.

Decades-long communist regime froze rather than foster multinationalism and cultural development in Yugoslavia, which was wrecked by the following wave of extreme nationalism. The Bosnian Wars in the first half of the 1990s and the consequent violence in Kosovo created a chasm between Muslim countries and Serbia.

It took around a decade filled with war crimes tribunals and successful pro-democracy movements including the independence of Kosovo for ties to be described as close to normal. Turkey was among the first countries to recognize Kosovo's independence in 2008.

Only in 2009, once a sound democratic political system was established in Serbia, did the two countries seek a way to develop improved ties.

Sixteen separate commercial deals were signed and the announced objective is to increase bilateral trade to $5 billion. Turkey also seeks to bring natural gas to the country as part of the TurkStream Pipeline Project.

Relations are not limited to commerce, however. The Turkish Cooperation and Coordination Agency (TİKA) will be restoring historical sites in Belgrade and its environs. Furthermore, Turkey is intimately involved in the extremely sensitive highway project linking Belgrade to Sarajevo, which President Erdoğan describes as the "peace highway."

Erdoğan, with his Serbian counterpart Aleksandar Vucic, also visited Novi Bazaar in the Sandzak region during the official visit. This is a majority-Muslim region and Novi Bazaar looks exactly like a small Central Anatolian town. Such similarity is natural, considering both regions have similar history, culture and religion.

So, what does the Ankara-Belgrade entente actually mean? No one can ignore the photographs showing thousands flooding the streets of Novi Bazaar to extend a very warm welcome to Erdoğan. They even showed affection to journalists accompanying Erdoğan, with one cafe telling us the coffee we had was on the house because we were from Turkey.

Their expectations from Erdogan and Turkey are as visible as their warmth toward us. Erdoğan plans to build an airport in Sandzak to open the region to the world. Vucic himself said, "I know I'm not welcomed as warmly as Erdoğan here. His influence is much bigger in the region," admitting the obvious.

The world in the recent past suffered a lot for failing to comprehend what was taking place in the Balkans. Evident good intentions shown by both sides in Belgrade and Novi Bazaar, investment projects and Turkey's soft power influence may also be misunderstood by some. However, it should be noted that it was always the people of the Balkan region who paid the highest price from the primitive nationalistic hate among societies.

Friendly ties between Ankara and Belgrade have a multidimensional effect on the entire region, especially in Bosnia and Kosovo. The peace highway project is just one example of how Turkey could become a conduit to improving ties among Balkan neighbors.

Lack of dialogue and mutual hostility are the main causes of manipulative interventions by outside powers, which in turn lead to violence. It is much better for the Balkan countries to settle their own business among themselves. Turkey sharing its experience with other Balkan countries and helping them improve ties and cooperate can only help all.

The latest visit was covered in a positive way by the media of both countries, which will play an important part in eradicating mutual prejudice. Turkey's historical ties and cultural similarity can become important factors, transforming Ankara into a most beneficial soft power for the entire region.

Interpreting Turkey's Balkan outreach, which is based on improved commercial and cultural ties, as a neo-Ottomanism is nothing but selfish myopia, ignoring the mutually beneficial measures taken by democratically-elected governments for the good of their people.

The Age of Empires is long gone, never to return. Turkey is very aware of that fact.

It is about time outside powers leave the Balkans alone for the region's people to begin their much desired economic and social development to transform a region synonymous with chaos and division into the epicenter of peace and prosperity.