Warm ties with Malaysia not linked to elections 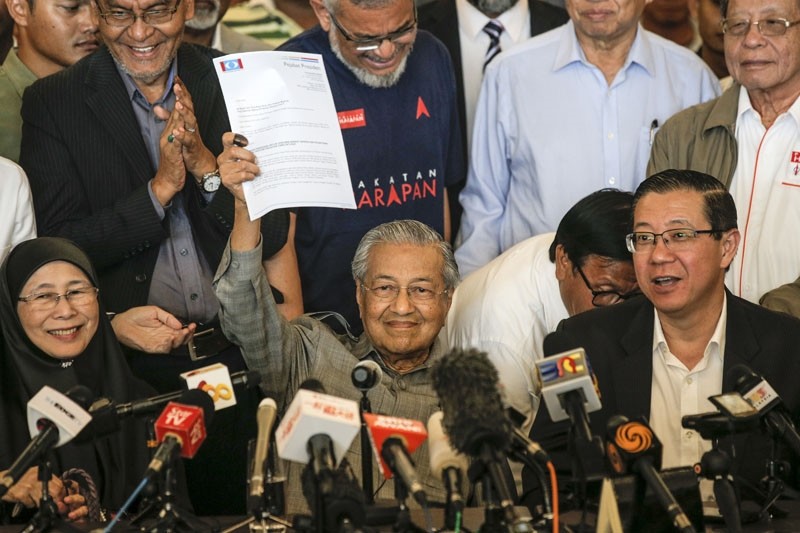 The elections in Malaysia on May 9, which were closely followed in Turkey, resulted in the end of the six-decade rule of the Barisan Nasional (BN) coalition and a victory by a coalition of opposition parties, the Alliance of Hope (PH). The BN and PH took the nation to highly contested and tense polls.

There were clashes, even about the way the voting process was handled. The 92-year-old opposition leader and former prime minister, Mahathir Mohamad, complained about problems at the polling boxes, claiming that voters could not find any ballot papers. Some voters complained about receiving their voting papers a day after the elections.

Before the vote, most expected the incumbent, Najib Razak, to cruise to an easy victory. He is the son of the second prime minister of Malaysia and the nephew of the third. He led the BN, which has ruled the country since its founding in 1957. He has good relations with China. Having ruled the country since 2009, Najib had already faced backlash from the electorate in 2013 caused more by weariness than anger over corruption claims that came much later.

A middle-class backlash against corrupt elites, China's increasing influence and the economic disruption affecting much of the population are seen as the causes behind this week's election results. This time around, economic reasons, especially the increasing taxes on goods and services, depreciating currency and the increasing cost of living, motivated the electorate to vote against the BN.

When one considers Mahatir's age, it is obvious that the real winner of this election is actually his former nemesis and current ally 70-year-old Anwar Ibrahim — who had been baselessly convicted of sodomy and will reportedly be granted a pardon by Malaysia's King Sultan Muhammad V. With the pardon, Anwar will be able to become a parliamentary deputy and officially resume his political career. Recent developments show that Ibrahim will soon take over as the prime minister after Mahatir.

The first statement of the victorious Mahatir after the election was to profess his intention not to seek revenge but to restore the rule of law. Even this statement alone demonstrates some lingering resentment between the huge political alliances that contested the elections.

In Turkey, Mahatir's victory was seen as a positive development, with some reporting it as the victory of "President Recep Tayyip Erdoğan's friend." It is true that Mahatir's victory was welcomed by Erdoğan, yet this sentiment is based on Mahatir's relationship with former Prime Minister Necmettin Erbakan as part of efforts to found the Developing Eight (D-8) initiative.

In Turkey, there is a fallacy about comprehending Malaysia. Conservative and religious communities in Turkey, due to oppression suffered at the hands of a laicist regime, often saw politics and life through the rigid dichotomy of pious versus secular. However, dynamics in Malaysia are immensely more complicated than what is believed in Turkey. Religion does not figure into the political discourse in the country. Ethnicity trumps religion as a political motivator. The sociological structure of the country is very different and its people never had to go through anti-religion policies like the headscarf ban. Consequently, those competing for political space do so over actual political issues. The victor in the recent elections, the PH, is seen by some in Turkey as a more conservative alliance. However, the alliance consists of many leftist parties.

In the past 15 years, Turkey's relations with Malaysia have been encouraging and friendly. At a time when Najib was estranged from much of the world, he visited Ankara in 2015. Last December, when U.S. President Donald Trump declared his intention to move his country's embassy to Jerusalem, Erdoğan personally called and invited Najib to an Organisation of Islamic Cooperation (OIC) summit on the matter, and Najib gave him his full support.

Malaysia is a very important partner for Turkey and many members of the Turkish political elite maintain friendly relations with Malaysia. Female students who went to Malaysia to study at a time when they could not back home due to the headscarf ban are a strong link that continues to tie the two countries.

Erdoğan and Turkey will continue to maintain warm and friendly relations with the newly elected coalition and all future Malaysian governments chosen by the will of the Malaysian people.