Reality check: Is the Turkish lira under a speculative attack? 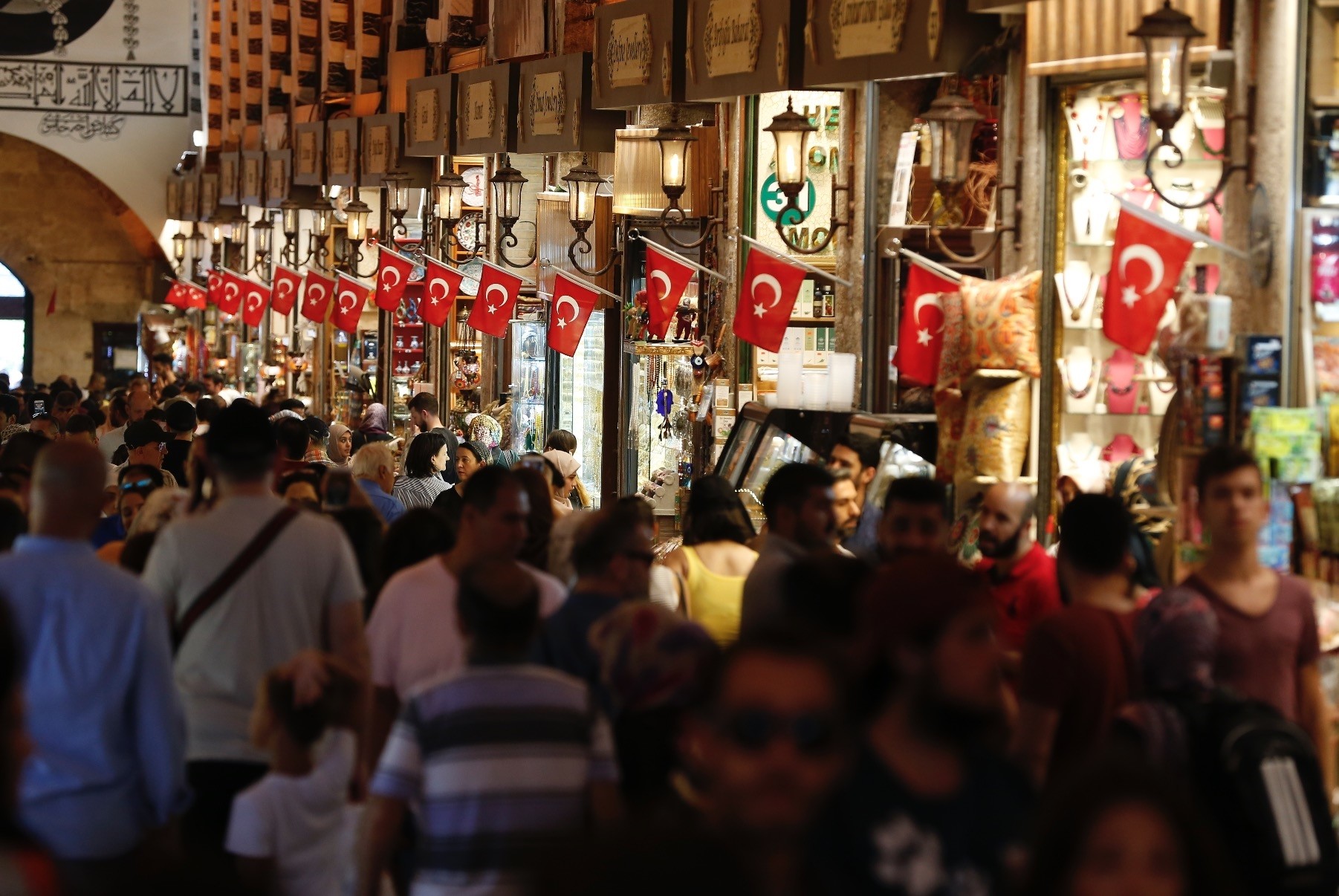 Tourists walk in a historical covered bazaar in Istanbul on Aug. 20, the first day of the nine-day Qurban Bayram (Eid al-Adha) holiday, which ended Sunday. The holiday saw a great increase in the number of local and foreign tourists.
by Meryem Ilayda Atlas Aug 27, 2018 12:00 am

In the last few years, assertions pertaining to Turkey's deteriorating relations with the West have been repeated so often by pundits and so-called Turkey experts that it seems that a boutique sector on the issue has been formed.

Making gloomy predictions about Turkish politics and the economy, they aspire to be in the headlines all the time. The gloomier their predictions, the better.

Some deterioration in the ties is impossible to ignore. However, the identification of the West and the nature of the relations need some explaining.

Accepting the West as a whole, one must affect the fact that there are some intentional fraudulent arguments, especially when it comes to discrimination. However, the recent economic crisis experienced by Turkey has demonstrated the spuriousness of identifying the West as a single anti-Turkish bloc.

Early this month, U.S. President Donald Trump initiated an organized assault on Turkish politics and the economy by imposing sanctions on two Turkish ministers, followed by certain monetary attacks on the Turkish lira. The speculative attacks were mainly caused by the detention of pastor Andrew Brunson and Turkey's stance on the U.S.' sanctions on Iran.

For anyone who sees the U.S. alone as embodying the West, then for sure, relations with Turkey are rapidly deteriorating.

However, as ties with the U.S. approached a breaking point, it was French President Emmanuel Macron and German Chancellor Angela Merkel who stood by Turkey's side and underlined its systemic importance for the global economy. There has also been other support from EU representatives.

A common denominator in Turkish and European policies is that both are affected by and opposed to the increasingly belligerent U.S. attitude to international diplomacy. Both are also faced with disproportionate pressure and threats from Trump over trade with Iran.

The speculative attacks originating from the U.S. is aimed to create a balance of payment crisis in Turkey through the depreciating lira. The U.S.' moves have already created a heavy debt repayment load in the private sector, for which the Turkish government has offered long-term support.

The economic crisis and depreciating lira happened early this month. Soon afterwards, the vultures of the press circuit were circling above, sharing their gloomy predictions. Some said the economy was rotten and that Turkey was faced with a classic debt, currency spiral. A few were so pleased with themselves that they prematurely declared Turkey bankrupt, ignoring the resilience of the Turkish people and the economy's potential for digging itself out of a hole.

As we approach the end of the month, Turkey seems to have returned to the favor of the markets. It transformed from a threat to a partner of the global economy. Having stopped the hemorrhaging of the lira, it succeeded in attracting significant international support, including the Qatari pledge to invest $15 billion.

Local markets were closed for nine days until today because of the Qurban Bayram, or Eid al Adha in Arabic. Reports said that almost 10 million domestic tourists flooded the resorts on the Aegean and Mediterranean coasts. In some regions of Muğla and Antalya, hoteliers had to warn away potential tourists because they were fully booked. Reports said many people who arrived without reservations had to stay in tents or their cars.

Qurban Bayram is one of the most important days of the Islamic calendar, and visiting relatives and hometowns are encouraged by the Prophet. Many took advantage of the nine-day holiday to visit relatives or just escape from the cities. Turkey's largest cities were almost empty. There were also around 2 million Turkish citizens who visited the Greek islands last week.

The ordinary people's response to the recent gloomy predictions was one unknown going into this holiday season. As the usual suspects declared the economic collapse of the country, Turkish consumers showed their confidence in the Turkish economy by voting with their wallets.

Those in the know are perfectly aware that the economy is not as fragile as reported, and the dynamism of Turkey is strong enough to withstand the temporary tantrums of Trump or other speculative attacks.