Syrian refugees are the phantoms of Europe 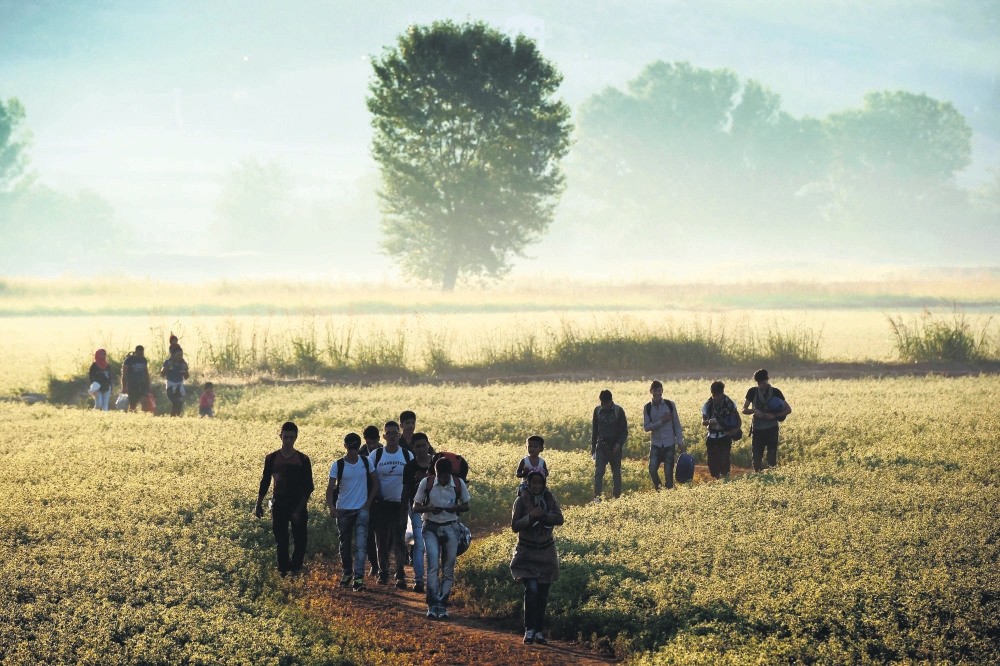 Between 2010 and 2016, some 816,000 Syrian asylum applications were accepted by European countries, according to figures released by the European statistical agency. The number hosted by Turkey under temporary protection status, meanwhile, is 3.4 million, which is two-thirds of the 5 million who fled their country.

What is even stranger is the fact that despite such a huge disparity in the influx, the millions of Syrians in Turkey failed to make the political impact they have triggered in Europe. The European governments took action against the resurgence of the political extremist ideologies of the pre-World War II era, but failed to prevent the radical left and right-wing populism from becoming the political mainstream. With anti-migrant and nationalist sentiments going hand in hand, the right-wing armed itself with xenophobia to take the political lead in many countries across the continent.

In the last five years, right extremist parties grew by leaps and bounds, securing the support of at least 10 percent of the electorate in Europe. In many places, support for right extremists is well above 10 percent, while many previously moderate leaders and parties have adopted the slogans of right extremists to prevent the hemorrhaging of support. The surrender to cheap nativism and nationalism seems to have caused a rise in election turnout, from the low double digits in the 2000s to above 50 percent in many countries.

Election turnout in Turkey is a healthy 85 percent on average. I see a high election turnout as a symbol of the electorate's engagement with the way the country is governed. In the early 2000s, the low turnout across Europe was seen by political scientists as a sign of the political maturity and post-anxiety sentiments of the European electorate, while very high turnout in certain countries was seen as evidence of a democratic deficit. The sudden rise in turnout in European countries is now seen as proof that the European electorate has serious concerns. In Hungary, the turnout in the most recent elections was 65 percent, while in Greece and Poland, it was 54 and 51 percent, respectively.

Portraying the immigration issue as a security problem also allowed the whole matter to be utilized by the isolationist and protectionist extremist right. Nowadays, one can see parties with ideologies that would have been viewed as extremists in the past being welcomed as coalition partners. Such ideologically extremist parties also make previously marginal policies and slogans seem mainstream, allowing other parties to adopt them. The society at large is polarized among patriots and internationalists, while politicians line up in front of the electorate to promise protection from visible, invisible, real and nonexistent threats.

In such an environment, the Hungarian Prime Minister, Viktor Orban, finds it appropriate to pontificate about the damage caused by Syrians in cities and regions where not a single immigrant has been seen. In Italy and Austria, far-right governments are in charge.

The way Europe has come to define security allows the estrangement of many groups defined as the other from the wider society. The "leavers" in the U.K. based their whole Brexit strategy on anti-migration. The entire country is now reaping what the pro-Brexit "leavers" sowed. The whole debate centers on three points. A customs union with the EU, the border between Ireland and Northern Ireland and a possible repeat of the Brexit referendum. None of the problems that arose after the "leave" vote have any direct link to migrants, even though they were at the center of the referendum campaign. If there is a repeat referendum, no one will be surprised if it dominates refugee topics again. Syrian refugees are the phantoms of the continent!