The legend of the change and the breath of the digital 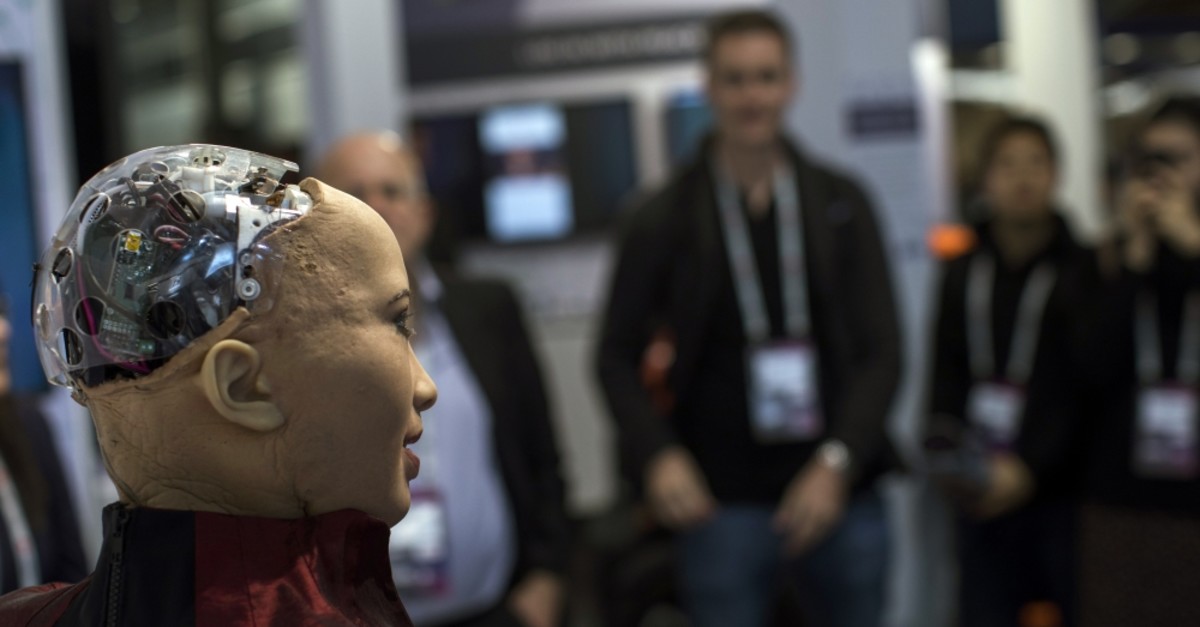 My grandfather was a villager. In the mid-to-late 1940s, he was using the same agricultural techniques that had been used for thousands of years with little change. My father saw both the primitive agricultural life in Anatolia and his grandsons' 3D online games that they played from different rooms of the house before he passed away. The normality of change is now part of the human condition. But the changes we see taking place over a person's lifespan are too fast and go too far as history outpaces life. Now, the role of technology that plays into concerns about individual privacy has increasingly become alarming.

As recently revealed in the Facebook example, the way social media platforms have violated our intimate lives and how it is now easy for trendsetters and companies to follow our digital fingerprints is no longer a secret and has become a matter of human rights violations. Social media is unfortunately still effective concerning the spread of fake news and is often the first place where manipulation and misinformation appear in times of crisis.

With these developments, we need to re-evaluate our broader relationship with technology, individuals and society. Tied to this is the burgeoning field of artificial intelligence (AI), and so it is not a surprise that we should feel open to potential revolutions in our individual relationship with the outside world.

I had the chance to attend the GSMA Mobile World Congress in Barcelona this year, considered the most important and biggest meeting of the communications industry and one of the largest global congress events on the theme of intelligent connectivity.

The advancement to 5G technology for all internet services and the use of AI in its full capacity have led this technology to penetrate many aspects of our lives, such as health care, national citizen services, data storage, automobiles and even irrigation systems. AI technology is also spreading regularly through various systems, such as entertainment, education, marketing and security. As such, I myself witnessed the level AI had reached when I met the world-famous lifelike AI robot Sophia at the congress. It was Monday when I saw Sophia talking to her fans. I moved closer to her and participated in the conversation. Surprisingly she said, "I want to meet that lady wearing green clothes," and I found myself in conversation with Sophia. "Is there such a thing like a gender gap in your artificial intelligence sector," was my first question to her. She shared some common information with repetitive statistical data and then said: "It is a very, very comprehensive topic." Therefore, within a few minutes, we ended up in conversation in an ineffective way, meaning that AI tech is still not ready to answer or deal with real human problems.

In a nutshell, the days when we fold up a phone and put it in our pocket like a piece of paper are not far off. As nice as the technologies are that make life easier, they also open a new chapter concerning individual privacy and intimacy. Children, for example, encounter unfiltered and uncontrolled information on the internet unchecked, and while doing so could face irreconcilable damage. Even though leaving children alone with a smartphone is sometimes an escape for parents, it is a situation that most of the time elicits much anxiety and the need for supervision.

In the modern world, it has become a condition for parents to be digitally literate in order to prevent their children from drifting off the digital cliff.

Even as cyberbullying was seen as a "first-world problem" in the years when it first became an issue, the topic was taken up by the U.N. in 2015, when blackmail and bullying led to the suicides of young children, and it has now become a subject that needs to be dealt with internationally.

Turkish telecommunications giant Turkcell also attended the Mobile World Congress (MWC) 2019 in Barcelona and shared its success story of its three-year 1440 strategy. One of the services Turkcell introduced at its stand was its "Do It For Children" project, which deals with the danger of leaving a child alone with a smart device. "Do It For Children" is a framework for digital literacy for children developed by the Digital Intelligence (DQ) institute and localized by Turkcell as a digital intelligence service with a vision to entertain as well as teach children how to tackle the digital environment.

It is an international, research-based tool that both measures and improves children's skills as digital citizens. The project was produced in consultation with educators in line with global standards and offers children the chance to learn about the online world while they are watching videos and playing games and learning to protect their identities in digital space; it also controls screen timing.

As technology continues to develop at breakneck speed, how it affects our lives in real terms becomes more difficult to catch up. Attaining digital literacy is an important step to counteract these often unseen affects. Digital literacy introduced for children is a must as well as for parents. The "Do It For Children" initiative from Turkcell is an example that can help how we and children understand and evaluate information on the internet, determine what is a reliable source, how cyberbullying is done by some unknown person and how children may interact with all of it. For sure, the faster digital technologies grow, the higher the fear of cyber risks will become in the coming years.