Codes of the Ankara bombing 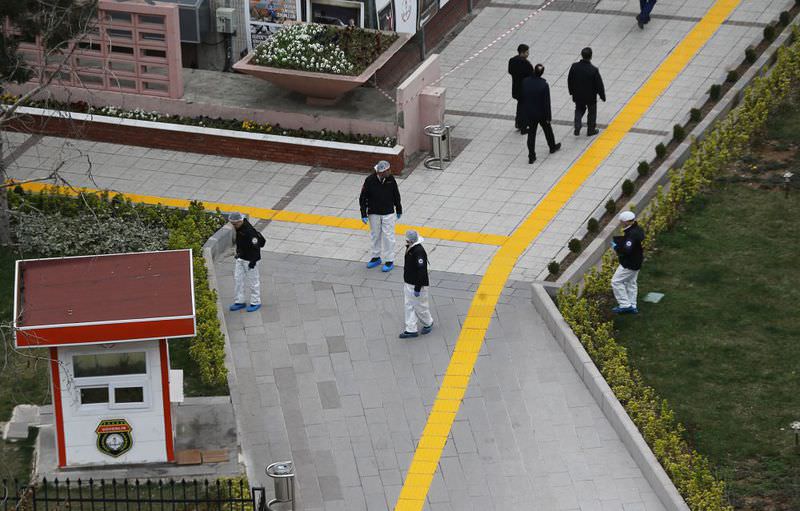 Forensic experts investigating the scene of the explosion the day after a suicide car bombing in Ankara, killied at least 35 people and wounding 125 (AFP Photo)
by Nagehan Alçı Mar 16, 2016 12:00 am

An interesting detail that springs to mind is that both the March 13 and Feb. 17 Ankara bombings happened just before Erdoğan's scheduled visits to Azerbaijan for new natural gas agreements that would disrupt Russia's monopoly

Turkey was struck at its heart once again when a terrorist attack took place in Ankara's Kızılay district on Sunday evening. The blast, which has claimed 35 lives so far, is the third one in five months after two atrocious terrorist attacks rocked the city on Oct. 10, 2015 and Feb. 17, 2016. The death toll might increase further as some victims are still in critical condition.

The existing evidence indicates that the PKK is the perpetrator of the attack as suicide bombers have been found to have relations with this terrorist organization. It was thought that the terrorist attack could have been perpetrated either by the PKK or DAESH. Recent developments point to the PKK as the terrorist organization more likely to commit the attack for both internal and external reasons. First, let me say that the Syrian civil war has escalated into a power struggle in which all powers in the world take part. All kinds of intelligence agencies, terrorist organizations and states are present in Syria, leading to many uncertainties and complications in the region. Therefore, it is hardly realistic to accuse a single player of such acts at the present conjuncture. The PKK might have triggered the attack, but it is a higher probability that a larger coalition is behind the attack. I said it is a high probability that the PKK is the organizer of the attack as the identities of the bombers, before anything else, shows this. However, evidence is not limited to this alone.

The PKK has been seriously undermined in terms of militants and ammunition as a result of securities forces' operations against the PKK in the southeast in recent months. Operations in the provinces of Sur and Cizre have ended and the PKK has apparently lost its positions in Yüksekova and Batman provinces where it has strong bases. I went to Diyarbakır on Friday, and for the first time I saw people on the street keeping such a clear distance from the organization. Nobody supports trench warfare in the Kurdish region and the PKK base says that it is not their war. As an organization that has both lost its own base and regressed militarily, it is very crucial for the PKK's existence to say that it is still alive. For a while, PKK leaders in the Qandil Mountain are pointing to new attacks, implying that they will retaliate against Turkey's operations. A couple of days ago, Duran Kalkan, a member of the PKK's executive committee, announced that the PKK was united with nine organizations, including those affiliated with the Turkish left, creating a terrorist alliance.

I sought answers to the questions of how an organization that has been undermined to such a great extent in the southeast could conduct such an attack in the capital city and whether it has really lost power. To this end, I interviewed leading security bureaucrats and terrorism experts. They said an organization does not have to be very powerful to carry out such acts. In addition to its militant groups in the southeast, the PKK has a separate structuring to carry out attacks in large cities, and the declination in the southeast does not affect this. Furthermore, it is easier to procure bombs and weapons in such an environment in which great powers are involved.

These great powers take us to the external aspect of the attack. Even if the PKK conducted the attack, it is very hard to claim that it is completely internal, as the PKK is increasingly becoming a proxy organization. The matter becomes even more complicated when we consider the facts that the PKK is a constituent of the Syrian war and that its Syrian affiliate Democratic Union Party (PYD) and its armed People's Protection Units (YPG) are used as an ally against DAESH by the U.S. and Russia. In brief, it is obvious that the PKK received an order from outside to disturb and undermine Turkey. Why was it made to carry out this blast in Ankara once again? This might have different explanations. An interesting detail that springs to minds is that both the March 13 and Feb. 17 Ankara bombings were conducted just before President Recep Tayyip Erdoğan's scheduled critical visits to Azerbaijan. These visits would be paid to sign several agreements to move the completion of the Trans-Anatolian Natural Gas Pipeline (TANAP) project, which will carry Azerbaijani natural gas to Europe, to an earlier date in 2018. When the project is realized it will considerably relegate Russia's role in natural gas. Erdoğan had to postpone his visits to Azerbaijan two times after both attacks, which urges us to think that Russia and Iran have a hand in the incidents. An investigation is underway to find how the bombing, which claimed dozens of lives and injured many others, took place. There are great efforts to rapidly destabilize Turkey and it is highly likely that great powers, particularly Russia, are behind these efforts. Certainly, our answer to such efforts is to clutch onto life and unite tightly.