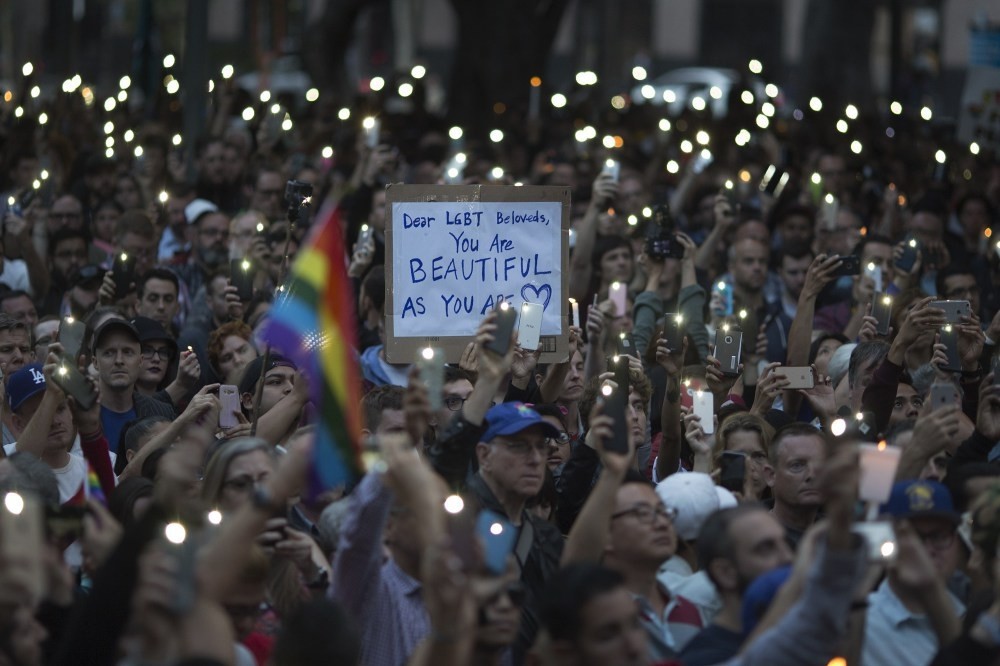 Anti-Islamists cannot appreciate enough DAESH-affiliated terrorist Omar Mateen, who attacked a nightclub in Orlando, Florida, committing the deadliest attack ever in the history of the U.S. This inhumane and bloodthirsty attack, which reeks of savagery, has brought presumptive Republican presidential nominee Donald Trump one step closer to U.S. presidency. It has also strengthened the hand of Marine Le Pen, the leader of far-right National Front party in France, and played well into the hands of fascist circles that want to rationalize Islamophobia in Europe.

It appears that an invisible hand aspires to make life more unbearable for Muslims with every passing day and associate Islam with blood and violence. Imagine that the U.S., the most powerful country in the world, experiences one of the most interesting election races in its history in which a candidate stands out with rhetoric that deeply shakes the human rights, migration policies, diversity and pluralism that the U.S. is based on, and a development, which makes things favorable for a candidate to reverse American values, takes place amid a cutthroat election campaign. Remember that the 9/11 attacks enabled then President George W. Bush to win his re-election. Likewise, Trump has now exploited this horrific attack, using it to confirm his logic that reduces Islam to DAESH.The fact that the attack targeted a gay nightclub touches a different sore spot in the U.S., where gay rights have become a very controversial issue and the LGBTQ community has reached the present day through a serious struggle for their identities. The U.S. experienced the worst attack on homosexuals at a bar in New Orleans in 1973, which resulted in the death of 32 people. It was a period when those in the LBGTQ community had to hide their identities and slowly took to the streets to claim their rights. The unrecognizable bodies of 32 people became one of the symbols of their struggle for rights.

It must be a great trauma for the LGBTQ community to face such an attack again after 43 years. This attack arouses some questions. Like in all other societies, the LGBTQ community has always been the other who is ostracized. Therefore, liberal values that support social diversity are important for them. However, this attack aims to instigate a witch hunt against Muslims. It drags the U.S. into a more introverted and more homogenous mood that remains more distant from diversity. What can the LGBTQ community, which is a symbol of diversity, think following this attack? Will this group, which is known to basically tend toward the Democratic Party, incline toward the Republican Party which is against their struggle and gay rights?

I wonder whether not only the LBGTQ community, but also black people, who also represent diversity and struggle for equal rights, might change their minds because of the DAESH terrorist attack. What about Hispanics, who are known for their sympathy for the Clinton family? Will they move toward the right with this fear?

These questions do not have clear answers to be found in the short term, but the U.S. can resort to diversity and respect for different beliefs as a solution to this nightmare. Otherwise, the culture of fear that has been dominating the country since the 9/11 attacks will capture it further. Obviously, the zeitgeist that has taken form on further dissolution instead of integration after the 9/11 underlies these developments.
RELATED TOPICS