Besieging a country in modern times 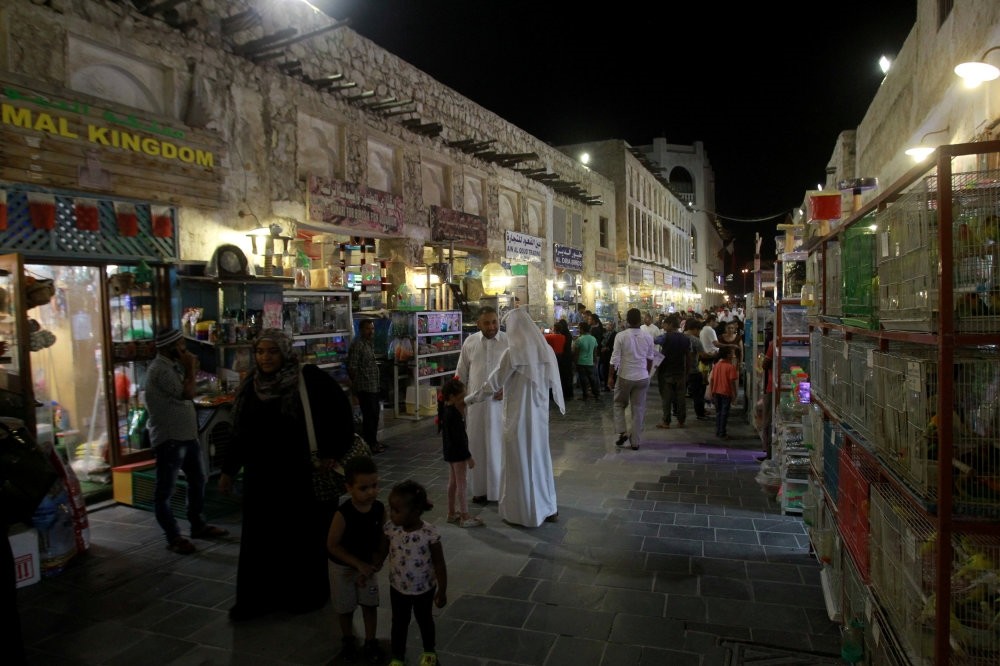 In order to avoid another escalation in the region, one must follow a balanced policy in the Gulf crisis

The embargo imposed on Qatar is ongoing. A number of countries in the Gulf region, led by Saudi Arabia, have besieged Qatar from all quarters with the support of the U.S. on the pretext of unreasonable claims of abetting terrorism. On the lists they put forward, which name the terrorist groups Qatar is allegedly helping, there are some organizations that cannot be associated with terrorism or that have never set foot in Qatar. It is obvious that this is a power struggle and an intimidation game. Qatar is trying to explain that it tries to contribute to the counterterrorism fight, let alone siding with terrorism. Lately, the country made an agreement with the law firm of former U.S. Attorney General John Ashcroft in order to assist counterterrorism efforts. The firm is going to audit and report on Qatar's counterterrorism activities.

To recollect the second Iraq war, the-then U.S. President George W. Bush justified the invasion with a claim of weapons of mass destruction that did not actually exist. Although Iraq strove to refute those claims, the result did not change. Only after war ravaged the entire country, it turned out that these claims were baseless and their arguments were revealed to have been copied from a Ph.D. thesis. But this realization was futile.

At this point, there is no need for pessimism with regard to the Qatar crisis. Unfortunately, the game resembles the bitter experiences of the past, but it seems that the embargo mainly aims to admonish Qatar. I think the crisis is likely to settle down. On the other hand, since the day the crisis broke out, the group of Gulf countries led by Saudi Arabia have announced several indefensible decisions that are blatantly against human rights. It would be useful to touch on these decisions.

The problem first emerged on June 5, when Saudi Arabia, the United Arab Emirates and Bahrain decided to impose an embargo on Qatar. All of a sudden, these countries started to announce a series of decisions that would also aggrieve their own citizens. For instance, Saudi, Emirati and Bahraini citizens living in Qatar were told to leave the country and it was added that they would otherwise confront serious sanctions. Also, a two week period was allowed for Qatari citizens living in these countries to depart. Colossal panic and chaos have prevailed considering the bonds of matrimony between the citizens of these countries, while families are being broken apart. Qatari women who are married to Saudi men are obliged to leave their children since children are registered with their fathers.

These countries also announced that they would track social media accounts expressing solidarity with Qatar, adding that the airing of any opinion different from their own policies would receive a three to 15 year sentence or a $136,000 fine. Also, hotels in Saudi Arabia were forced to omit Al-Jazeera from their TV station lists. The Saudi state ordered the omission of all kinds of channels belonging to the Al-Jazeera group from hotel rooms and tourist facilities, declaring that the licenses of the hotels not conforming with this order would be canceled in addition to being fined.

In the light of these developments, Qatar is currently attaching special importance to Turkey's efforts. Frankly, Ankara's efforts are of vital importance to give Qatar the kiss of life. Meanwhile, the Qatari foreign minister paid a visit on Monday to British Foreign Secretary Boris Johnson to ask Britain to condemn the embargo. The U.S. stands out as the main actor spurring the crisis since the crisis cannot be dissociated from the U.S., President Donald Trump's Iran policy and his latest arms deal with Saudi Arabia. Washington, meanwhile, has issued some contradictory statements.

In a nutshell, a new power struggle has been showcased with the Qatar crisis. The most sensible behavior now would be to attempt to smooth the crisis over as soon as possible given the already disturbed balances in the Middle East. Of course, Saudi Arabia's purposes and the U.S.'s dangerous Iran policy should not be served while doing this.